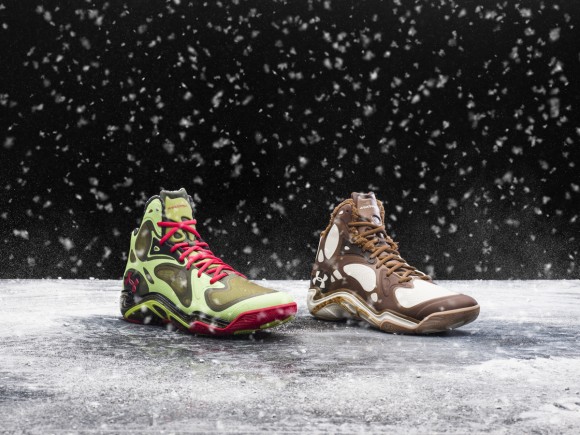 Nike and Reebok aren’t the only brands coming with the Christmas spirit this year, Under Armour is also in the mix and has plans to do it big with their Anatomix Spawn. Both editions of the Anatomix Spawn were inspired by the classic film, The Gremlins. The first pair is covered in a dark brown with a fur based inner lining to resemble the likes of the character, Gizmo. White panels with a white midsole contrast the dark base while a tonal outsole and laces finish up the first pair.

The second is a little more based towards the holiday with different shades of green taking over the upper including the toebox and side panels. Red laces along with a matching outsole and UA branding’s bring some extra holiday cheer to the pair of Anatomix Spawn that Under Armour cover boy Steph Curry will be rocking on Christmas Day as his Warriors take on the Los Angeles Clippers.

Which pair of the “Gremlins Christmas Pack” do you favor? Tell us in the comments section below and stay tuned to Sneakerfiles for release date and much more! 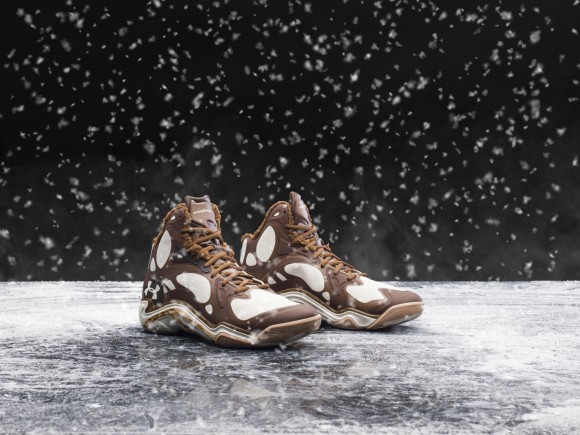 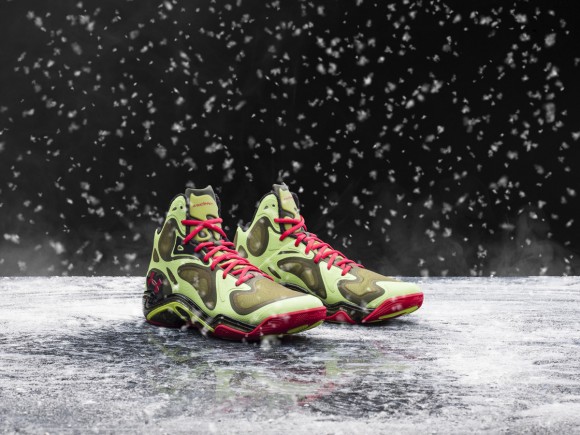