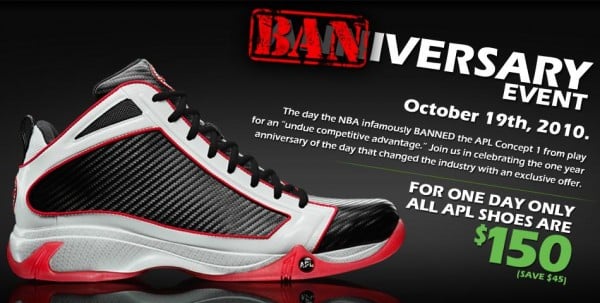 Yes you read right; to celebrate APL‘s 1 Year Anniversary of having its footwear banned from the NBA, APL will have a 24 Hour only “BANiversary” event which will slash all footwear to a more affordable $150 each. From its debut, APL burst on to the scene with the guarantee of an immediate increased vertical leap every time you slip on the APL shoes on the court. It was October 19 of last year that the NBA officially declared the APL Concept 1 would not be allowed on the feet of the players due to an “undue competitive advantage”. For a very limited time, you can pick up a pair of the APL Concept 1 or the APL Concours for $150. 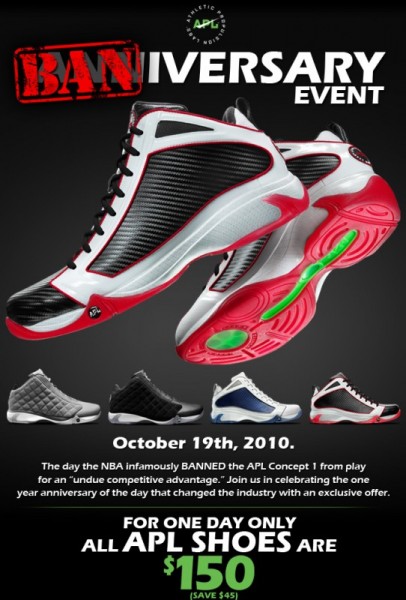 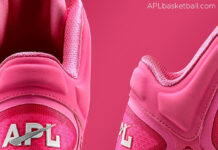 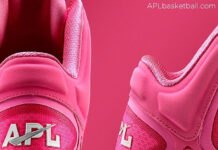 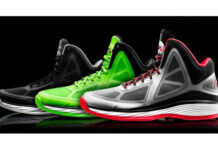