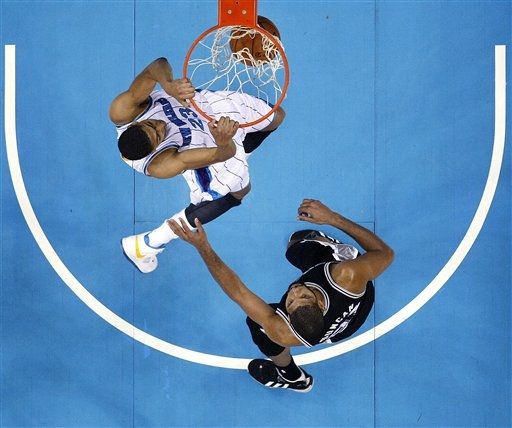 On Wednesday night, first overall pick Anthony Davis made his NBA debut for the New Orleans Hornets while rocking a player exclusive edition of the Nike Air Max Hyperposite against the San Antonio Spurs.

A Hornets “Home” colorway of the kicks, the ‘Posites feature a predominately white upper of Foamposite and Hyperfuse while various purple, yellow and turquoise accents appear throughout.

Davis tallied 21 points, 7 rebounds and a block as the Hornets fell to the Spurs 95-99. 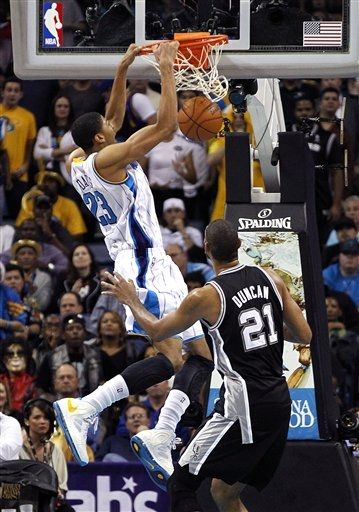 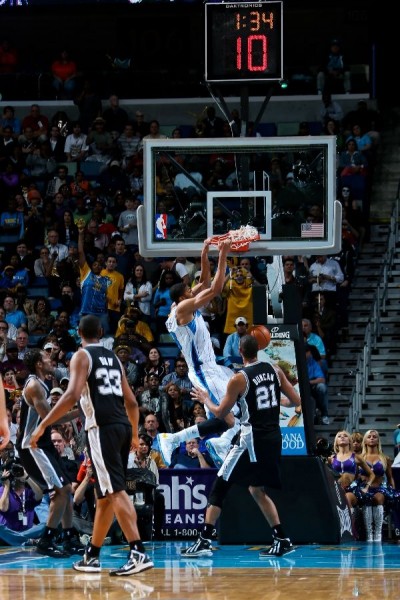