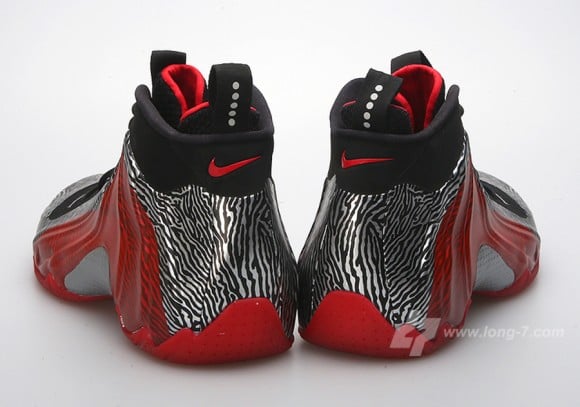 The folks at Nike are really looking to bring the heat as they have unveiled two new colorways for the Nike Flightposite Exposed model. Originally dubbed the No-Zip model, due to its dismissal of the zipper-like function the model used to come equipped with, Nike has decided to call this new round of Flightposite retros the Exposed model instead. The Foamposite line is already riding a momentous wave of popularity as new designs are being churned out in a much more timely fashion.

For this particular post, we have a detailed look at the “Zebra” Nike Flightposite Exposed in all its Foamposite glory. In conjunction with going with the no-zip approach a decade and a half after its initial debut, this high energy “Zebra” coloway definitely ups the level of eccentricity from which its “Pink” lava-like counterparts had set.

Now that you have digested the slight name change, continue reading on after the jump to get a detailed look at the previously mentioned “Zebra” Nike FLightposite Exposed and be sure to let us know if this new round of images helps or hurts your outlook of this pair of kicks. 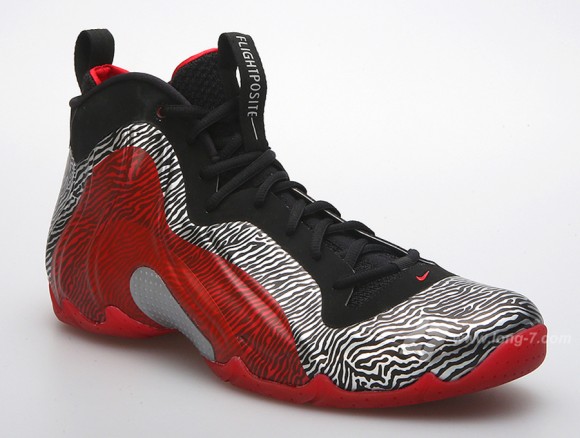 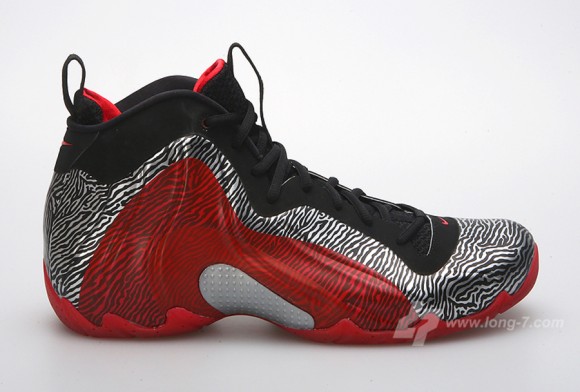 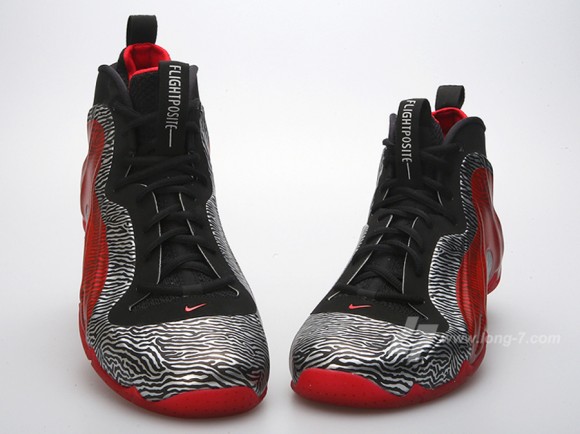 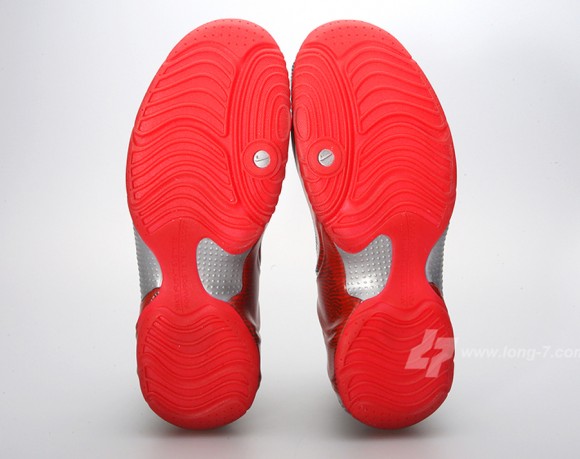 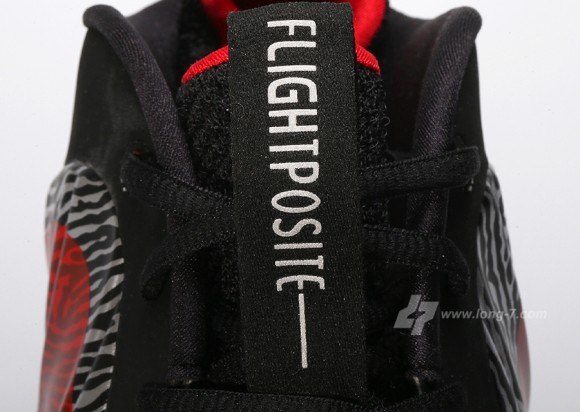 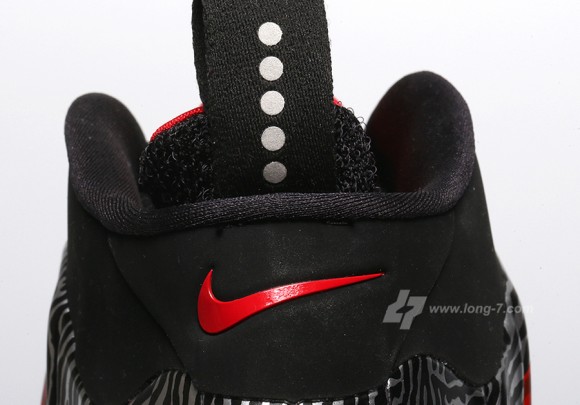