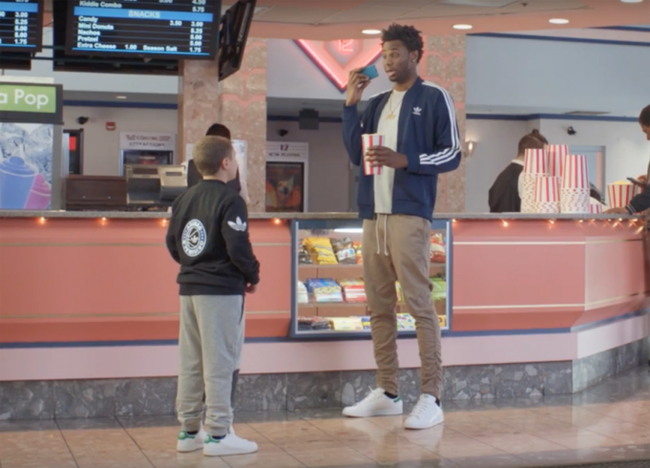 Foot Locker has recently launched a new commercial starring Minnesota Timberwolves very own, Andrew Wiggins. The segment which is for Kids Foot Locker is titled ‘Little Pro’ and once again, mashes comedy, sneakers and NBA athletes.

In the commercial, Andrew Wiggins and his new friend are of course wearing adidas Originals gear, which he says all the athletes wear off the courts. The kid gets over excited by Wiggins confirms he looks like a Pro. From there he calls his mom and basically makes some demands which didn’t end to well for the Timberwolves shooting guard.

Below you can watch the video which you will probably start seeing now during commercial breaks. As well, if you’re in need of some fresh adidas Originals gear, you can head over to FootLocker.com now and shop their latest arrivals.

Another Kermit the Frog adidas Stan Smith is Releasing