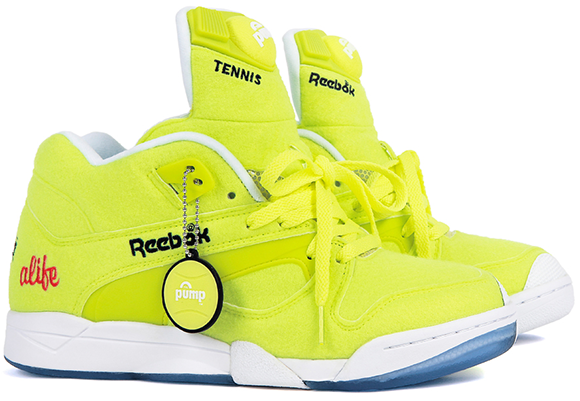 We might be jumping the gun on this but all signs point to the Alife collaboration with Reebok on the Court Victory Pump known as ‘Ball Out’ or ‘Tennis Ball’ seems to be returning.

Alife’s official website has an image of the shoes smack in the middle. Now we would usually think they are just showcasing them, but there are a few changes from the pair shown compared to the original release. For example where ‘Alife’ is shown by the heel is now in red, the previous release was in black.

We will continue to monitor the potential release of the Alife x Reebok Court Victory Pump ‘Tennis Ball’ but in the meantime do you think they should return?