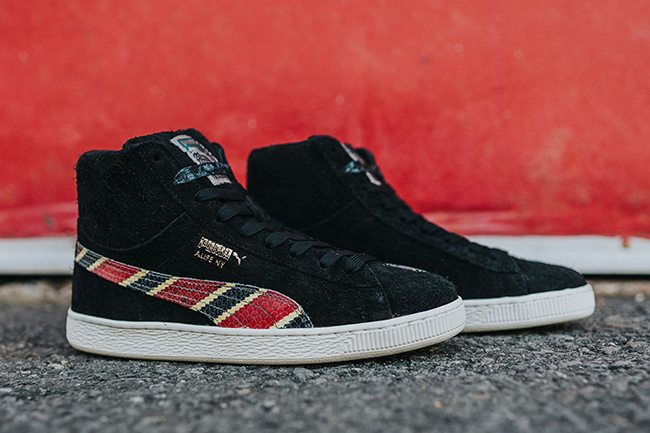 Alife is back once again with another collaboration. This time around the New York based store is connecting with Puma to bring us the States model known as ‘Scarlet Snake’.

The Puma States in connection with Alfe NY uses a Grey base which is referred to as Oatmeal. The Puma branding on the sides has textured leather while the colors used mimic that of a Scarlet Kingsnake. Other details include White laces and an Off-White rubber midsole.

More photos of the Alife x Puma States ‘Scarlet Snake’ below which includes a few on foot images. As far as a release goes, this pair will release at Puma retailers during February 2016 which includes Asphalt Gold. Check back with us for more images and a specific release day.

Update: There appears to be an Alife x Puma States ‘Scarlet Snake’ Pack. A while back we showcased the Grey edition which was a low, and now a Black edition in Mid is arriving to retailers like Rock City Kicks. Retail price is $115. 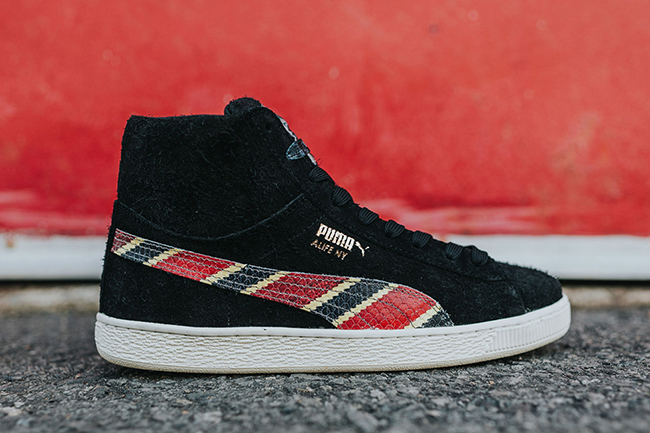 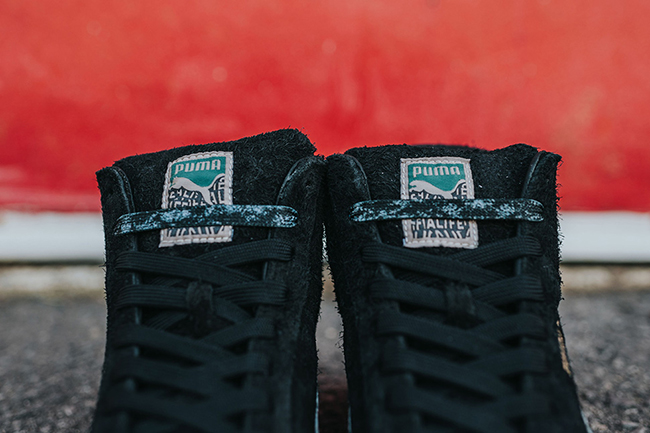 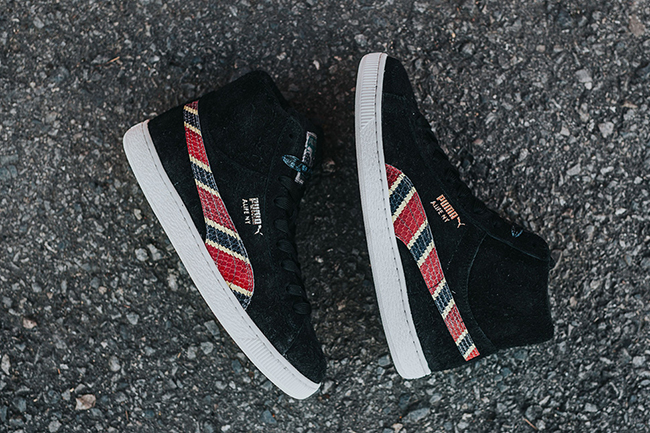 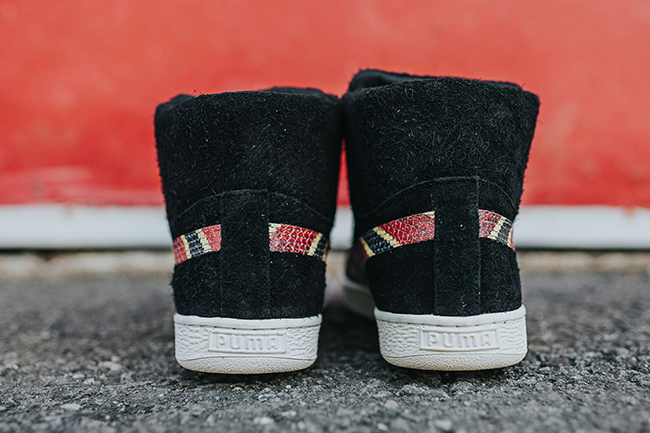 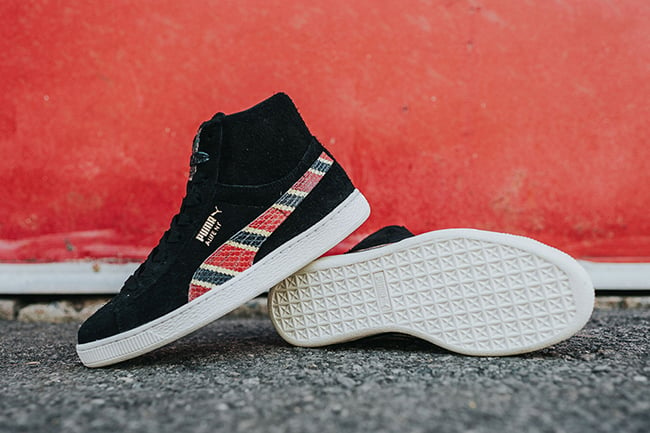 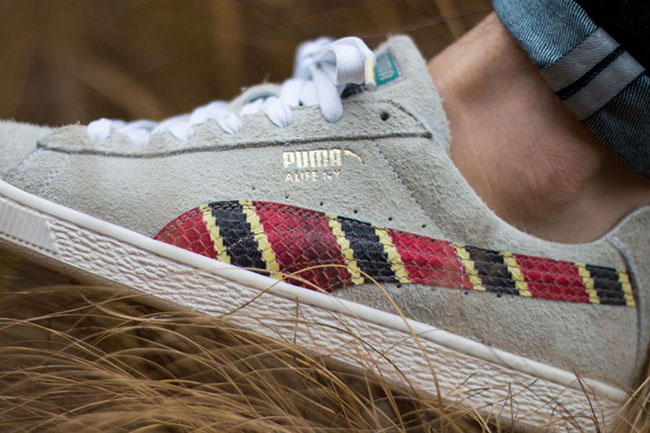 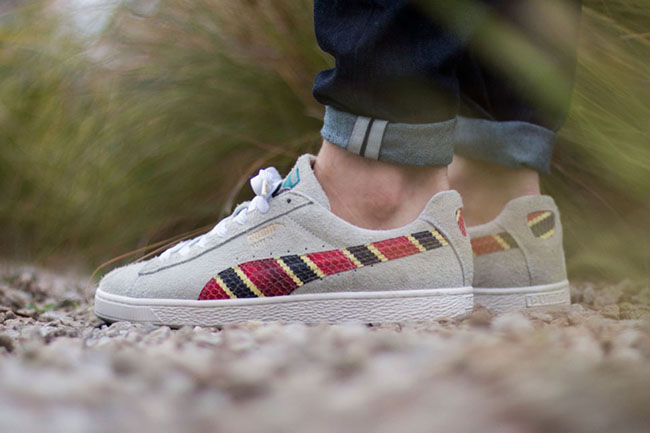 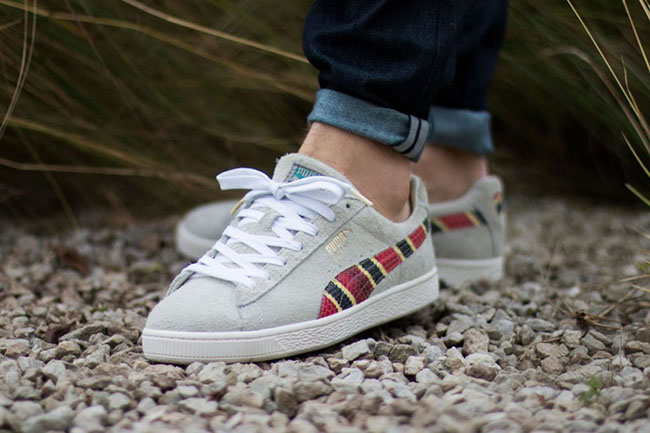 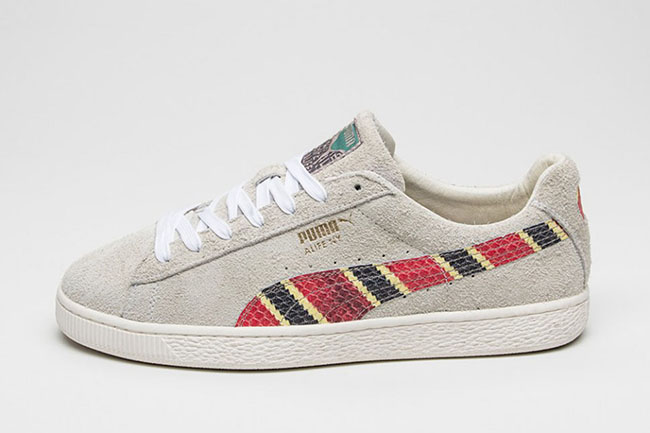 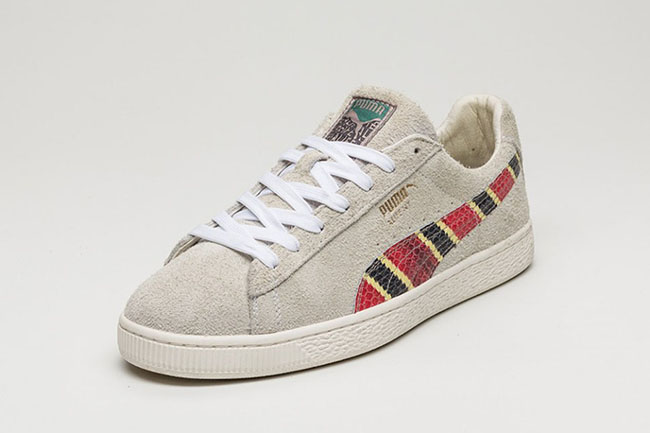 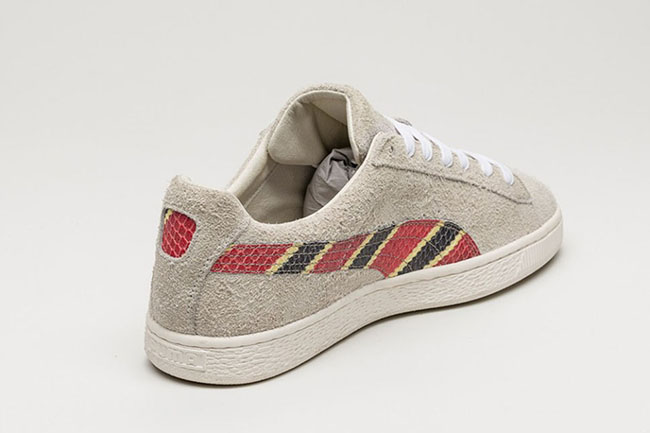