One cherished pair of sneakers, the Air Jordan Original 4 (IV) White / Black aka White Cements released in 1989, and at the time was thought of as a ugly shoe. But that didn’t stop people from purchasing the $110 Air Jordan OG 4 (IV). 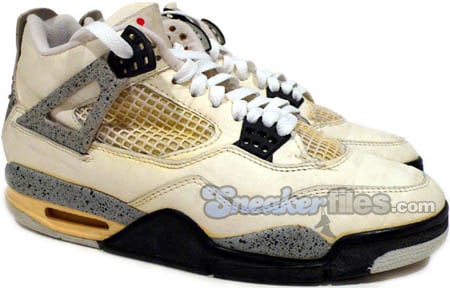