Michael Jordan did wear the Air Jordan Original 10 (X) Shadow when he return to the NBA, and had the number 45 stitched on the side. You might wonder why this Air Jordan OG 10 (X) is nicknamed Shadow, and like most pairs, is due to its color scheme, Black / Dark Shadow – True Red. 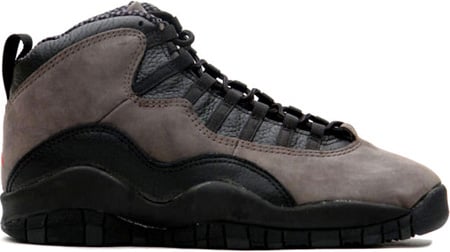