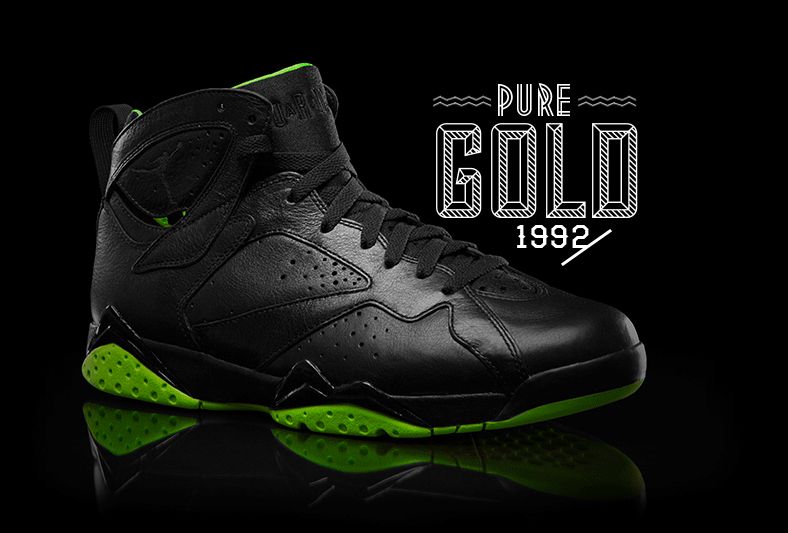 As the first week of Jordan Brand’s Air Jordan XX8 (28) Days of Flight campaign comes to a close, today brings a look at the next signature model in line, the Air Jordan VII (7).

TITLE TWO BEGINS WITH A SHRUG. JORDAN INTRODUCES HIS GAME TO THE WORLD AFTER LEADING A GROUP SIMPLY KNOWN AS “THE DREAM TEAM”.

Following his first championship, Jordan would go on to repeat, obtain his sixth scoring title, third league MVP, and capture his second finals MVP. Alongside “The Dream Team” MJ would gain much success and eventually take home the gold all while wearing the Air Jordan VII (7), pictured here in a black and green motif. This is the same shoe that would redefine comfort and design.

Where does this model rank amongst other Air Jordan styles? Stay with Sneaker Files for tomorrow’s coverage of Air Jordan’s XX8 (28) Days of Flight and get involved online at ajxx8 and @Jumpman23 on Twitter. 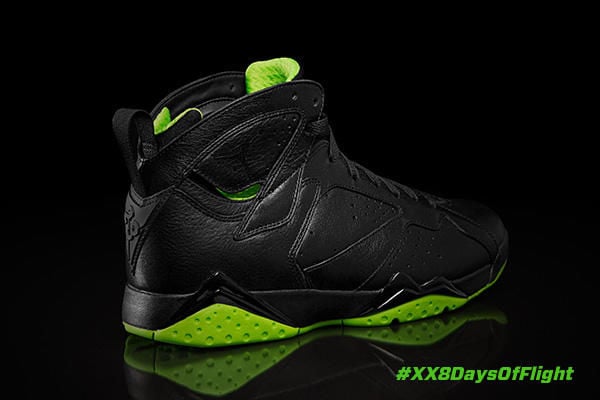