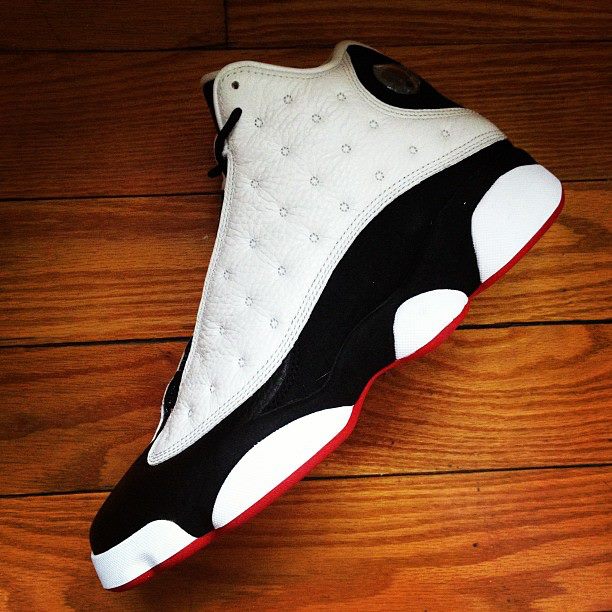 Set for a return next year is the classic white, black and red edition of the Air Jordan XIII.

Last seen in 2008 as a part of Jordan Brand’s Countdown Packs, the kicks were originally released in 1997 and popularized by Denzel Washington’s turn as Jake Shuttlesworth in 1998’s He Got Game. True to form, the upcoming retro sees a black leather upper with tumbled white leather overlays, a black and white midsole and bright red accents on the rubber outsole and Jumpman branding.

Complete with white lining and the silhouette’s signature “cat eye” hologram, the “He Got Game” XIII is due out for Spring 2013.