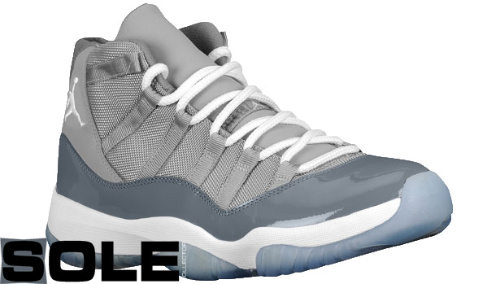 The very first time the Air Jordan XI ‘Cool Grey’ hit the shoe game, was back in 2001, and will be rereleased tomorrow, a good 9 years later. Now when the news first broke that the ‘Cool Greys’ were being retroed once again in 2010, everyone was concern in whether or not there will be drastic changes to the shoe. Eventually pics surfaced of the 2010 retro, and not much as changed besided the slight blue tint added to the shoes translucent sole. But, samples of the shoe has recently surfaced, and shows a mesh upper instead of the classic nubuck upper. Now imagine if the ‘Cool Greys’ with the mesh upper would’ve released instead, would everyone still be pleased? Continue after the jump for more shots of the AJ XI ‘Cool Grey’ samples and let us know what you guys think. via SC. 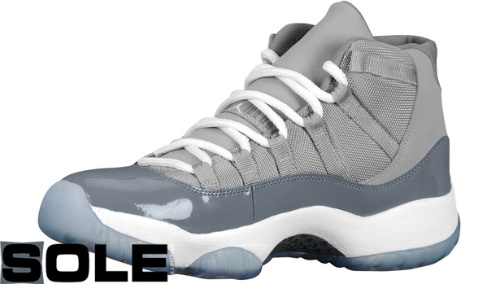