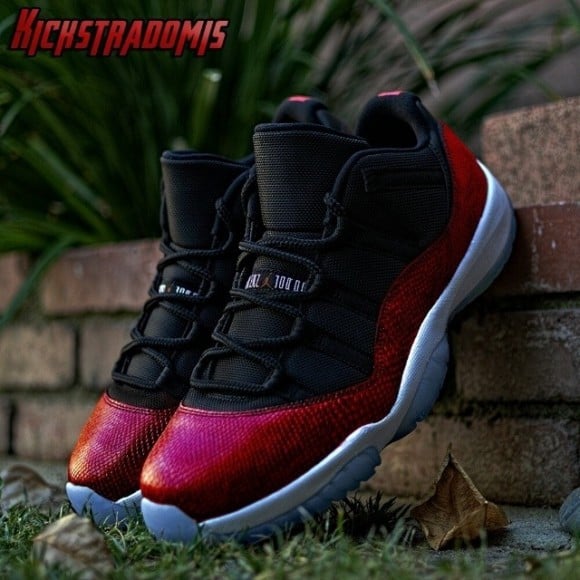 When a snake bites, you’ve gotta make some quick moves if you want to survive. Same thing applies when sneaker artists drop new heat that’s never been seen before; you gotta move quick if you want to get your hands on them. This next pair of custom Jays from Kickstradomis could be considered the snake that is going to send sneakerheads into an allout frenzy!

Kickstradomis flipped a pair of the highly popular Air Jordan XI (11) Low “Green Snake” shoes, and swapped out the green tones for red. The Air Jordan XI (11) Lows “Dirty Blood Snake” customs by Kickstradomis feature snakeskin along the lower portion in a deep red tone. All other specs of the shoes are kept the same as the original; a white midsole layered by the icy blue outsole. The top portion of the uppers are entirely black, as well.

We’re really feeling this change of pace of the AJ11 “Green Snakes.” If you want to get your shoes customized like these, hit up Kickstradomis on IG today! More shots below, including the dirty version of the ‘Blood Snake’ shoes! 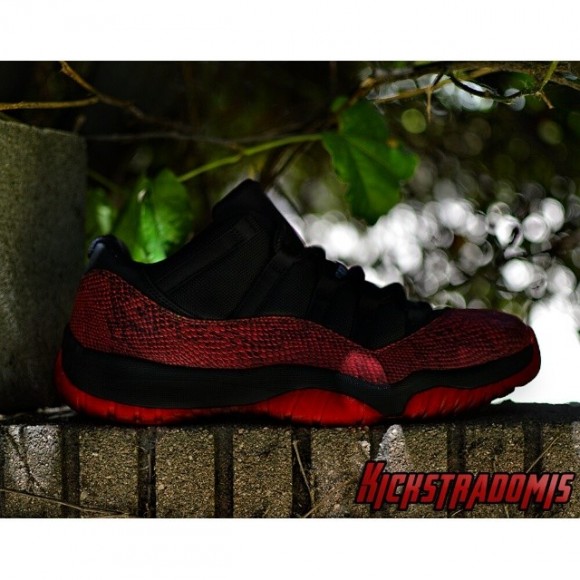 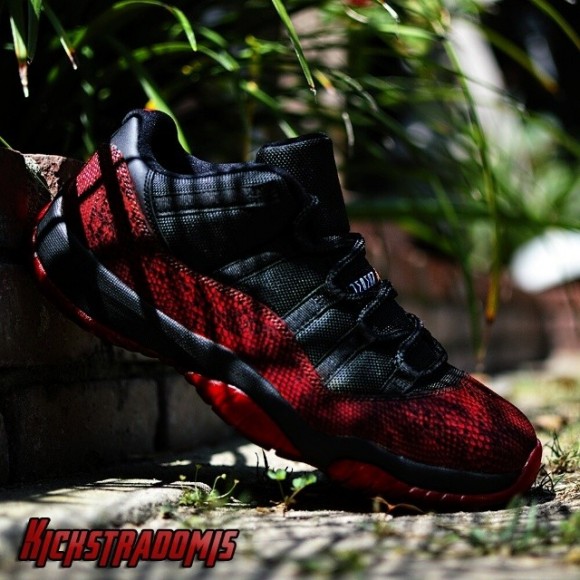