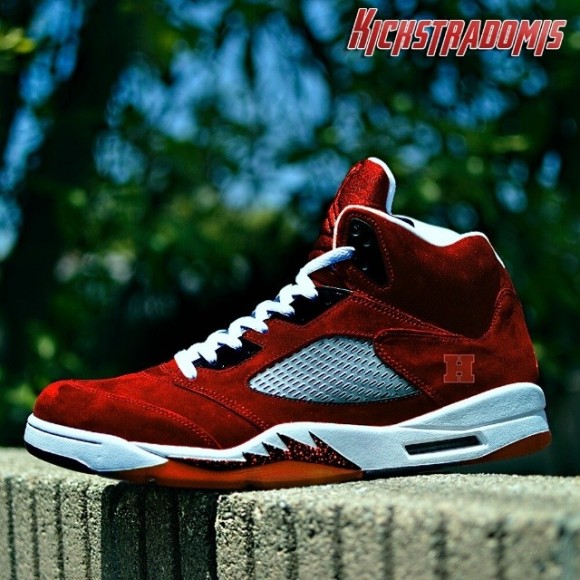 With colleges and universities sending off their recent grads, there’s a sense of relief in the air. While grads start to build lives beyond their secondary education, Kickstradomis has cooked up a new custom pair of Air Jordan 5‘s for a private commission project.

The Air Jordan V (5) “Harvard University” customs by Kickstradomis have a maroon and white color combination, with smooth suede making up most of the uppers. Tonal branding can  be found on the tongues and rear, as well as a camouflaging “H” on the heel. White lightens up the shoes with the lacing, midsoles and lining. Speckled maroon shark teeth make an appearance on the midsole, topped off by an icy maroon outsole.

Kickstradomis nailed these Harvard-themed kicks! Congrats to all of the recent grads! If you have any similar ideas that you would like to create for your alma mater (fun to say, huh?) contact Kickstradomis to get started on your own project! 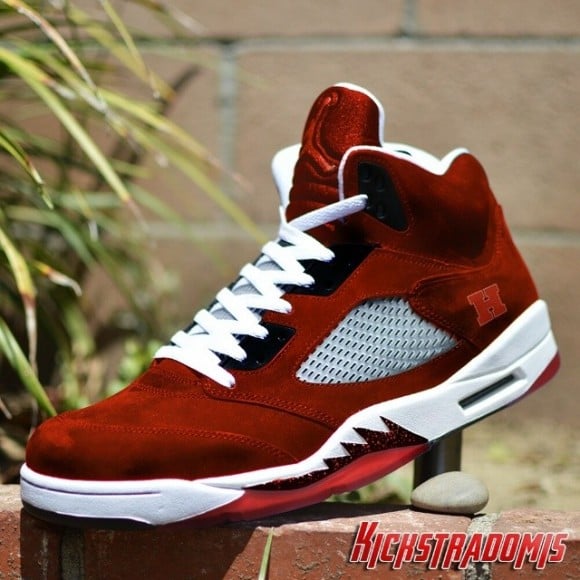