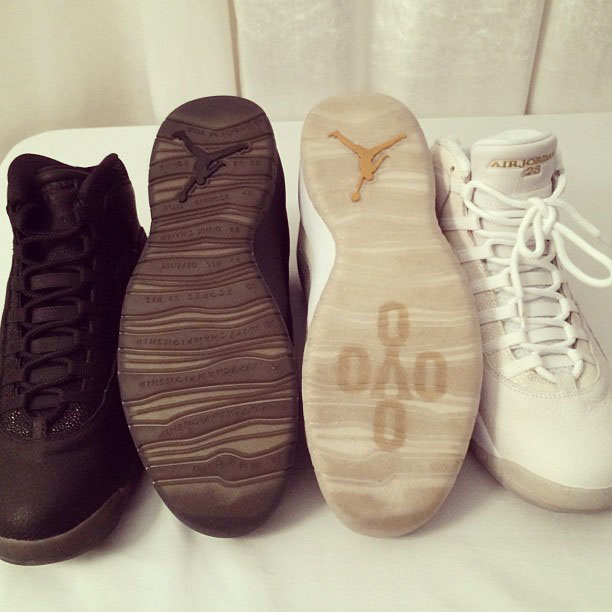 While Drake was accused of causing a traffic jam after a truck crash on I-95 Tuesday morning during his commute into Portland, Oregon for last night’s concert, the mega star looks to have received much more than a care package from Jordan Brand. As one Air Jordan X (10) retro takes on a black colorway with what appears to include pebbled leather uppers, a white counterpart does the same with the exception of gold “OVO” branding and a clear translucent outsole.

A sample pack, let us know what you think about Drake’s latest pick-ups in our comments below and keep it locked right here at Sneaker Files for any word on a release date.