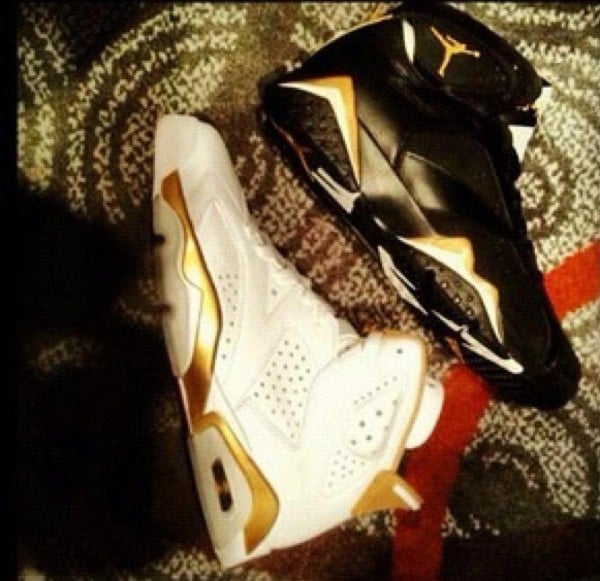 This Summer Jordan Brand is set to commemorate MJ’s gold medal as a member of the “Dream Team” at the 1992 Summer Olympic Games in Barcelona with a pack of kicks, last seen back in February.

Another glimpse at the upcoming “Gold Medal” pack shows both the VI and VII, with the VI sporting a predominately white leather look and the VII combining nubuck and leather in a black colorway. Both kicks feature metallic gold accents throughout.

Set to drop as a pack on August 18, the kicks will retail for $350 and will be available in limited numbers.