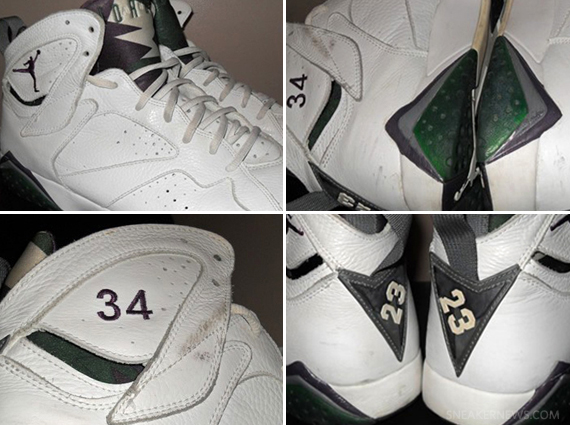 Once upon a time, before Ray Allen signed with the Miami Heat, the color green was synonymous with his career. From previously being a key part of the Big Three’s championship in Boston to his abysmal stint as a Supersonic in Seattle, green has followed Ray everywhere he went.

But if you go back even further into your basketball archives, then you will remember that Allen first came in contact with the color green way back in 1996 when he was selected 5th overall by the Minnesota TWolves but quickly traded, along with Andrew Lang, to the Milwaukee Bucks for a gaurd by the name of Stephon Marbury.

Imagine that, from 1996-2003 Allen rocked a variety of Air Jordan PE’s over the course of his time as a Buck. One pair in particular was the ‘Home’ Air Jordan VII’s he once graced the hardwood with. With the upper featuring a basic white leather build, the shoe also featured dark green and purple hues to match the Bucks uniforms.

The aforementioned pair of PE’s has popped up on eBay and is up for grabs if you are able to foot the $4,5000 tab. Check out the pics and let us know how you sneakerheads feel about these kicks. Head over to snkrpimps eBay page for the full product listing. 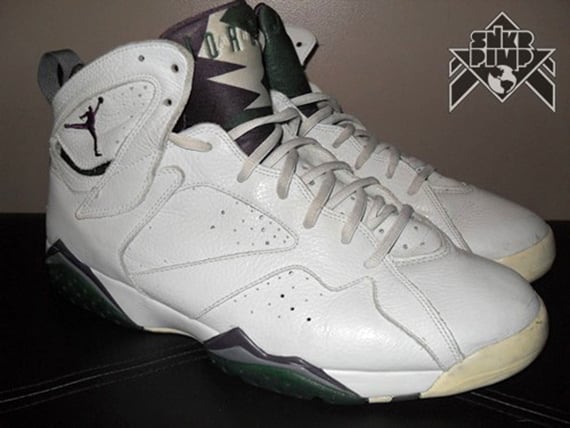 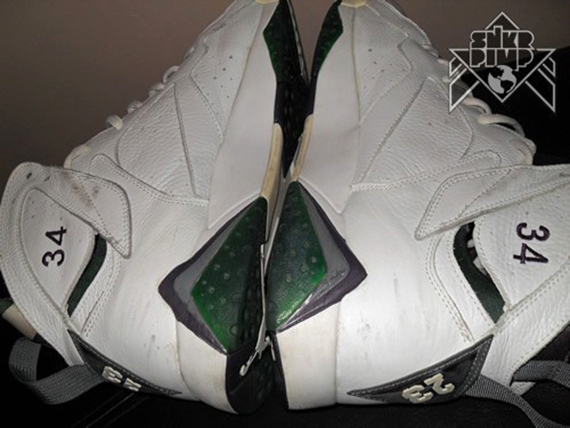 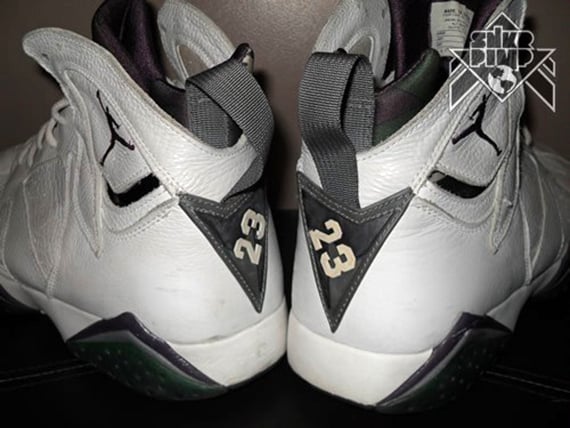 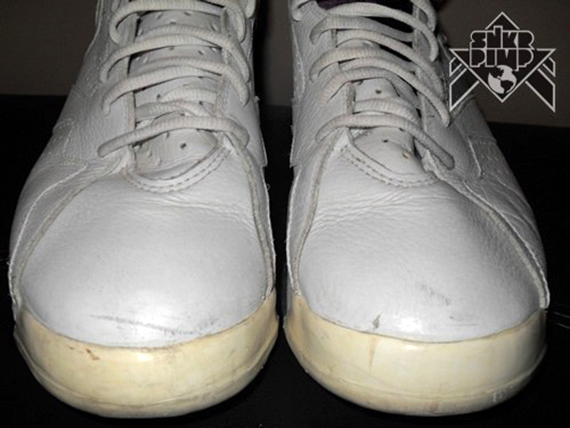 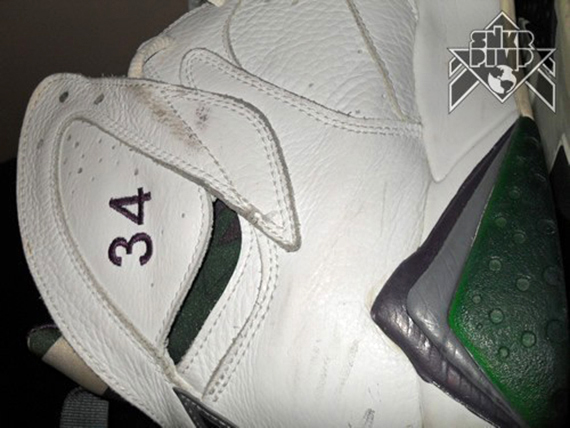 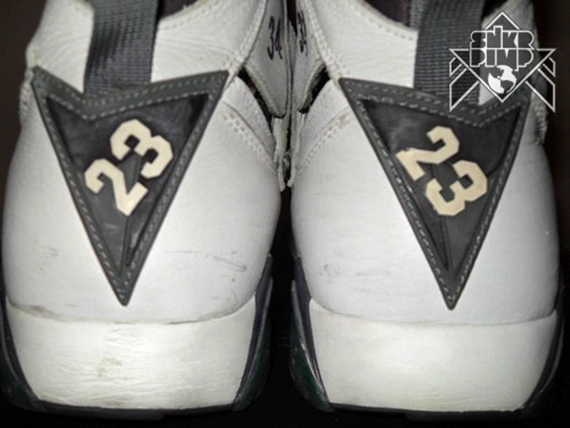 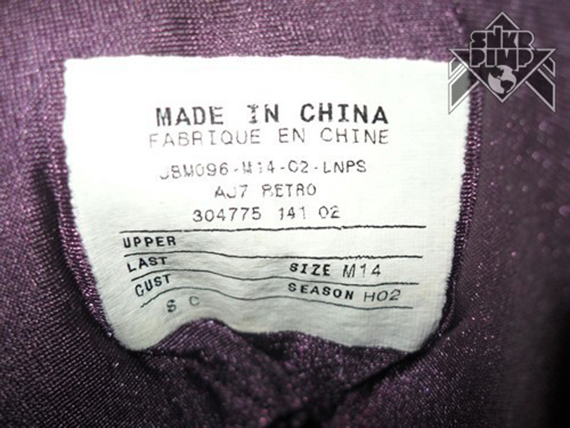