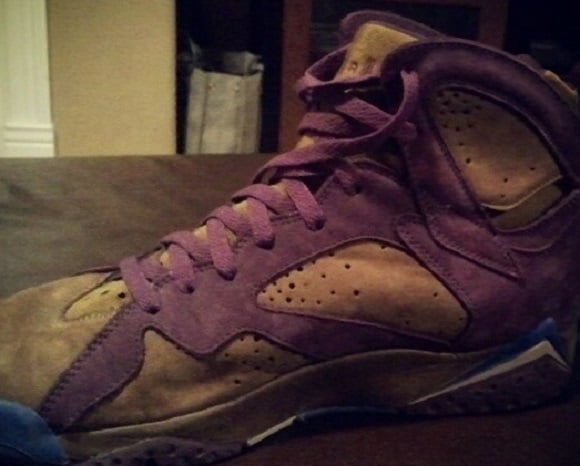 We bring you a pic of an unreleased Air Jordan VII, featuring a Tan/Purple colorway, reminiscent of every kid’s favorite sandwich – the peanut butter and jelly – on a suede upper, with hits of blue, silver and grey. No word yet on whether this is an upcoming release or a blast from the past, but I’m inclined to go with the latter, as the odd colorway definitely has a 90’s feel to it, in this writer’s opinion. This is the first we’ve seen of this sample, but you can believe that if any more news surfaces about this wacky creation, we’ll definitely keep you posted.

What do you think about this unique rendition of the Air Jordan VII? Hoping to see this release, or does it belong as a sample only? Let us know in the comments below, and take another look at this striking pair after the jump. 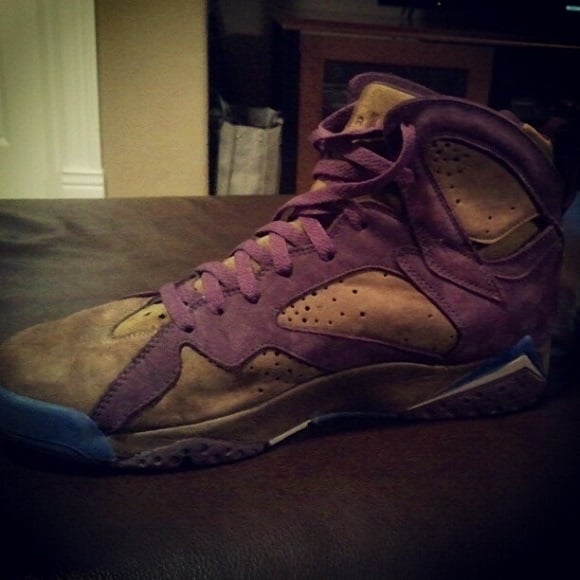