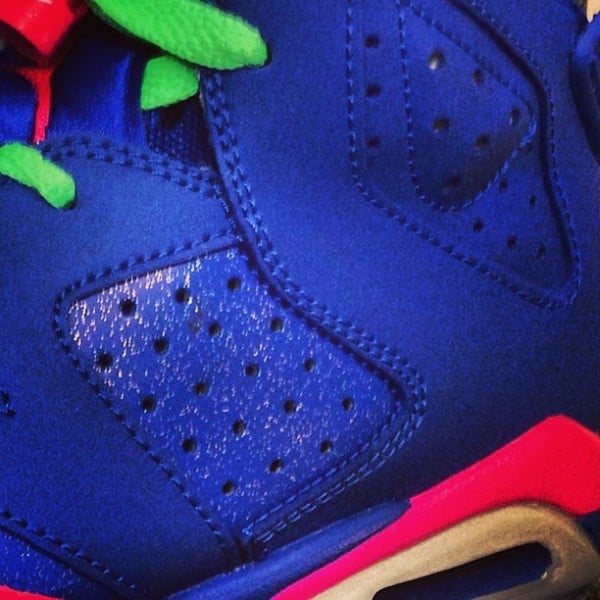 Following our preview of the GS “Valentine’s Day” and “Red Suede” mock ups, Jordan Brand looks to be adding to the Air Jordan VI (6) hype for next year with a new GS colorway.

Rumored to release sometime in 2014, this GS model receives a tasteful combination of royal blue, pink, and fluorescent green accents. Today’s teaser image also suggests that this Air Jordan VI (6) will display glitter detailing across its underlays and an icy midsole to complete its look. For now, there’s no word on an official theme or when they’ll release.

Likely to garner more attention with detailed images  in the near future, stick with Sneaker Files for more.