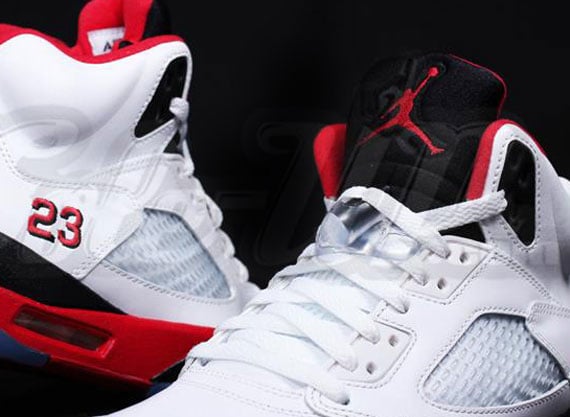 Looks like we have a correction to make in regards to the ‘Fire Red’ Air Jordan V 2013 Retro. New images have surfaced, and as you can see, the ’23’ has found its way onto the heel of this retro. Though the first catalog shots suggested otherwise, this detailed look at the retro confirms that Mike’s number will indeed show up on the heel area. Other than that, the Air Jordan V “Fire Red” will follow the same formula as all the other 2013 AJV releases meaning that it will also come complete with the icy blue sections on the bottom.

Now that we have an official look at the ‘Fire Red’ AJV’s, and see that they will indeed have MJ’s number on the heel, will you be copping these on August 31st? 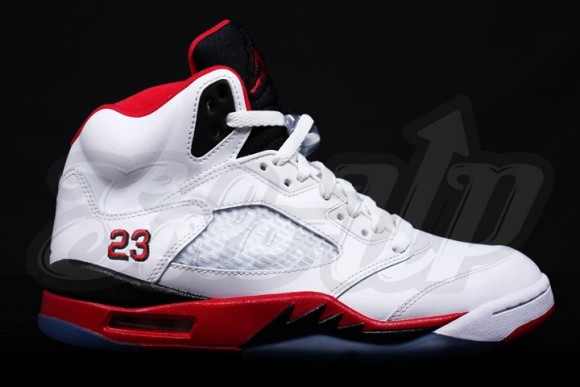 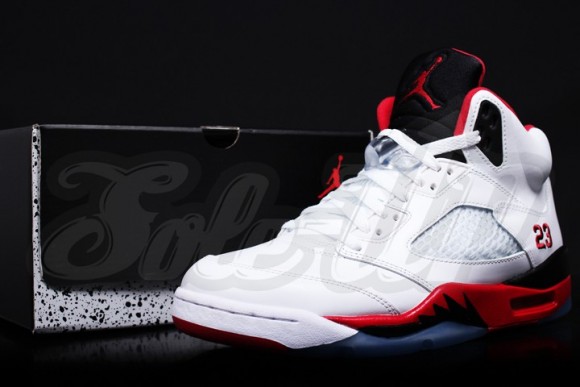 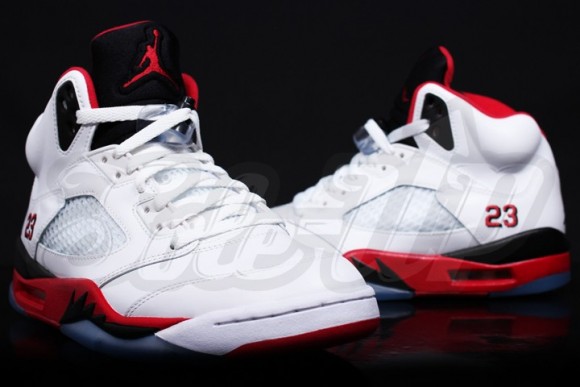 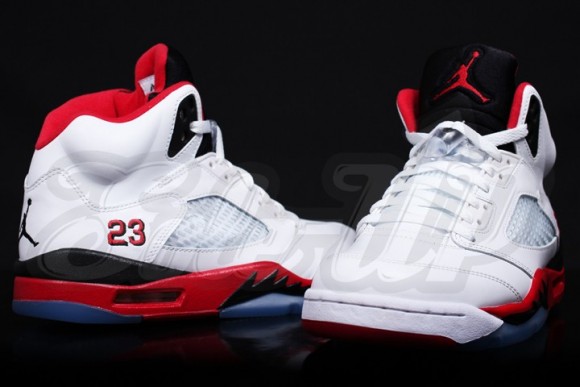 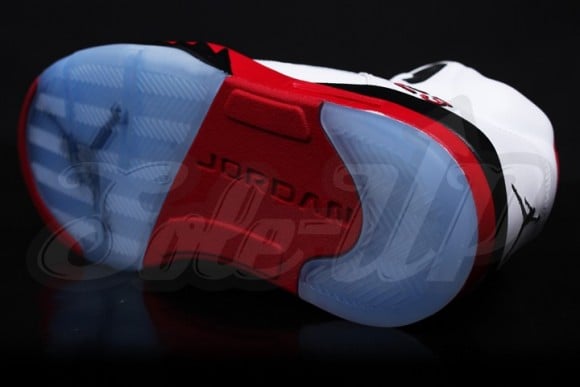