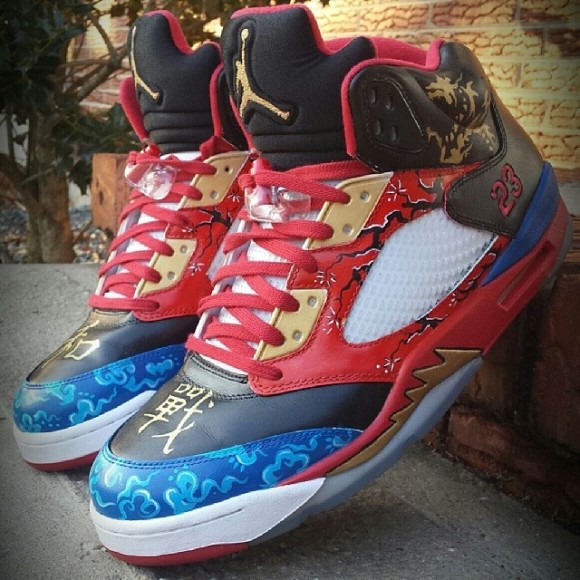 Remember the Air Jordan V (5) “Shanghai Shen” shoes that only dropped in Shanghai last year? Those royal blue and yellow accented, black AJ5s were too fresh, but sadly they never saw a stateside release. Maybe a retro release will appear in years to come, but for now, we’re going to follow Tae Custom Kicks’ lead with his own version of the exclusive Jays.

The Air Jordan V (5) “Shanghai Warrior” customs by Tae Custom Kicks use red, blue and black colors on the uppers, with accents of metallic gold throughout. The dominant color of the shoes are a varsity red, which appears on the majority of the midfoot panels, lining, lacing and midsole. Blue adds some contrasting visuals on the toe caps and mudguards. White takes over the netting in the midfoot paneling, and also shows up again on the front of the midsoles. The rest of shoe comes in black, except for the lacing holes and shark tooth midsole that are highlighted in metallic gold. Graphic patterns of cherry blossom trees cover the red panels, while dreamy swirls of light blue decorate the toes. On the toe box, Chinese letters make bold appearances, in a lustrous gold. Branding completes the shoes in a yellow gold on the tongues.

I don’t know about you, but I’d say that Tae Custom Kicks gave the makers of the AJV “Shanghai Shen” a run for their money. He recreated this theme with even more colors, and a unique sense of style. Check out more photos of these “Shanghai Warrior” customs down below! 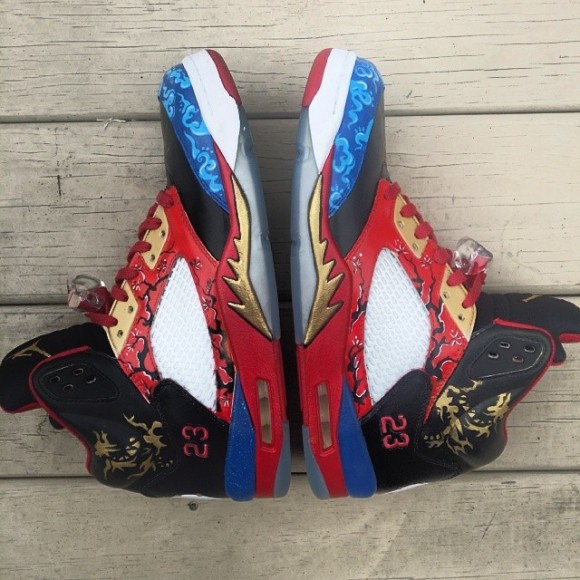 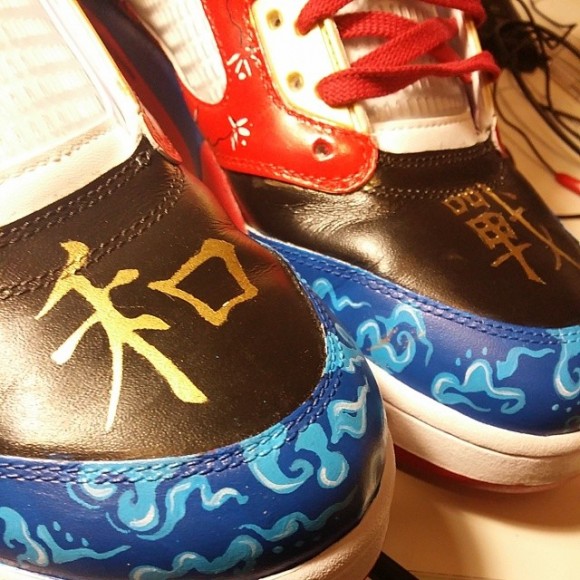 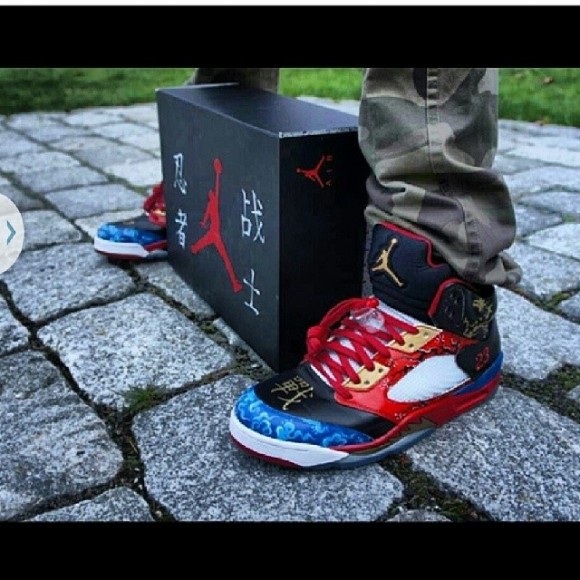