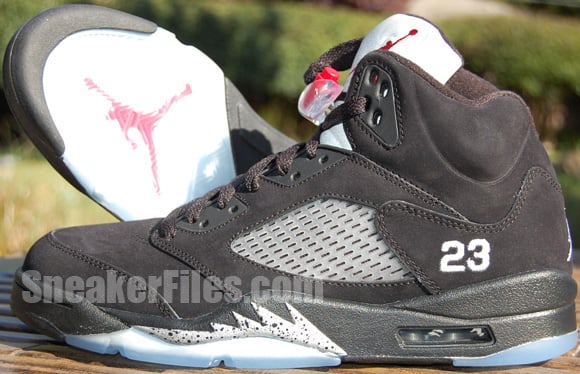 Another release date change has sprung regarding, yet, another Jordan Brand release. Due to another quickstrike dropping on August 6, the Air Jordan V(5) Retro in Black/Met. Silver-Varsity Red will be releasing on August 20th, 2011. As per the images, these joints will drop with the original cues from the mid 2000s, with the exception of the slight blue tint on the midsole. So mark your calendars for the 20th and stay tuned as more information comes our way.