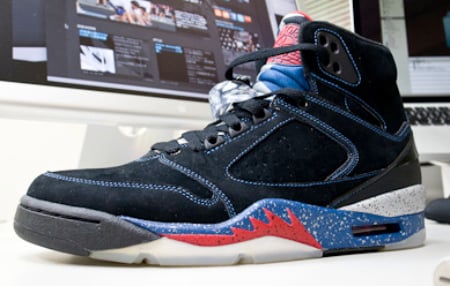 The Air Jordan Sixty Plus (60+) has already released in a few colorways, and we now have our first look at a pair inspired by the Detroit Pistons. This AJ 60+ hosts a black nubuck upper with french blue accents found on the stitching, midsole, and tongue, while varsity red accents are visible via the rear and midsole flame. Overall, this pair yields a unique colorway that will definitely be embraced by sneakerheads in various ways. The “Detroit Pistons” Air Jordan Sixty Plus (60+) Detroit Pistons is expected to release in December 2009. 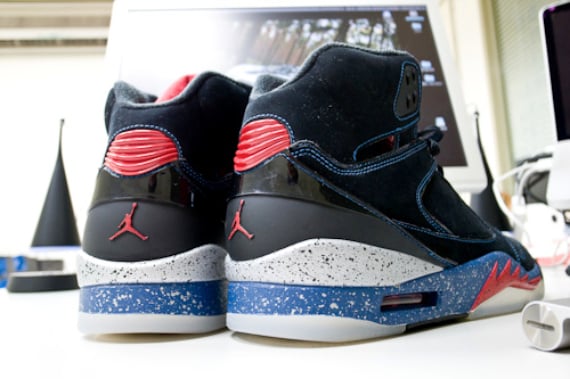 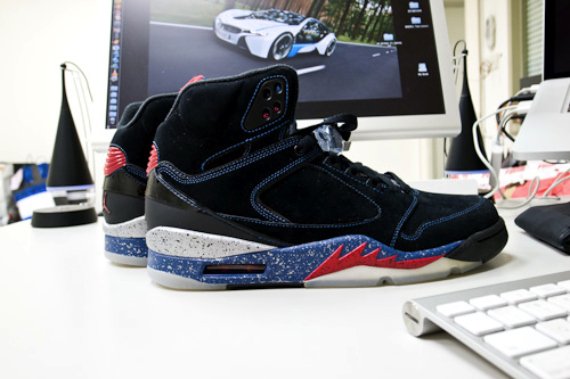