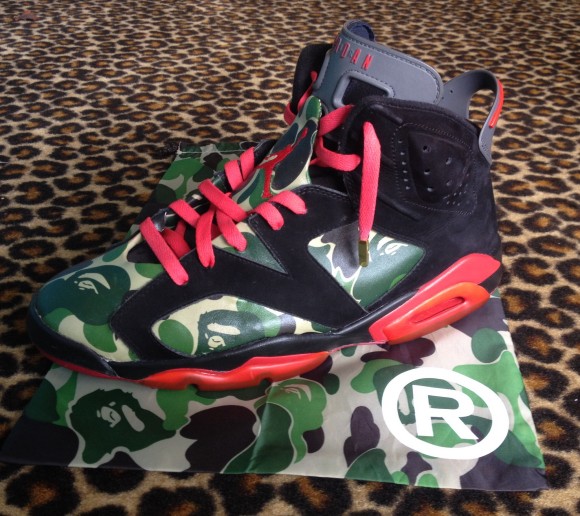 A Bathing Ape, or BAPE as it’s become popularly known as, was brought to life over two decades ago, in 1993. It’s founder, Nigo, has now moved onto other business ventures, including an ongoing collaboration project with adidas Originals footwear. Up and coming sneaker artist, Etai Customs, takes a few cues from signature BAPE stylings with his latest project! The Air Jordan 6 ‘BAPE’ customs by Customs by Etai use the original camo print found many of A Bathing Ape clothing. Heavy, sharp hits of red blaze along the midsoles and lacing. These kicks were originally AJ6 ‘Pistons,’ and were reconstructed using an authentic BAPE fanny pack! Taking it a step further, Etai has created a full package deal for these customs, including ‘BAPE’ Nike Hyperelites, 2004 BAPE nylon shoe bag, and a 2004 BAPE x Popeye x Footpatrol magazine, along with BAPE x Footpatrol insoles. Keep scrolling for more shots of these customs, and be sure to follow Customs By Etai! 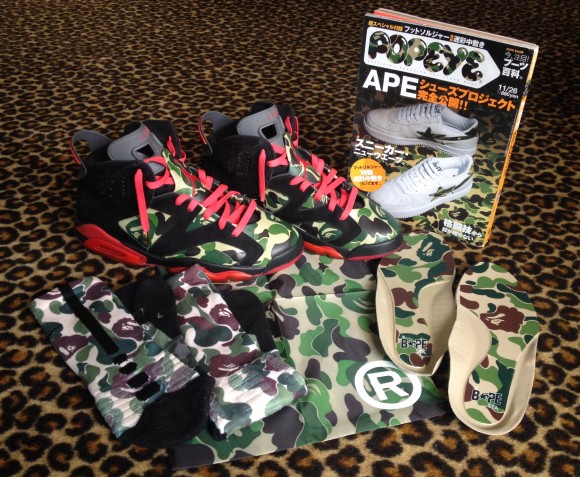 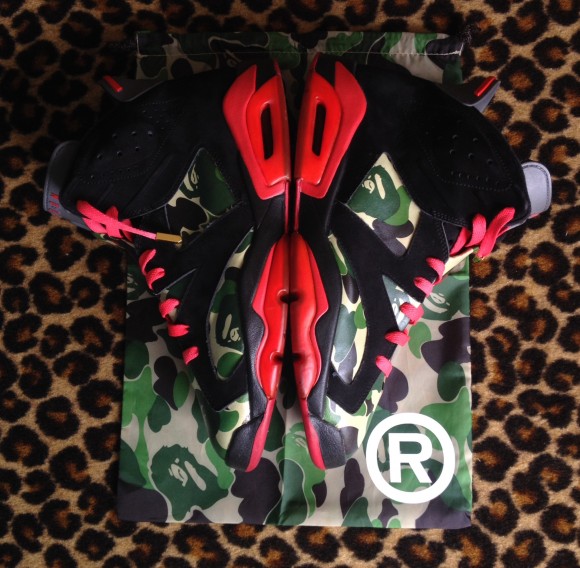 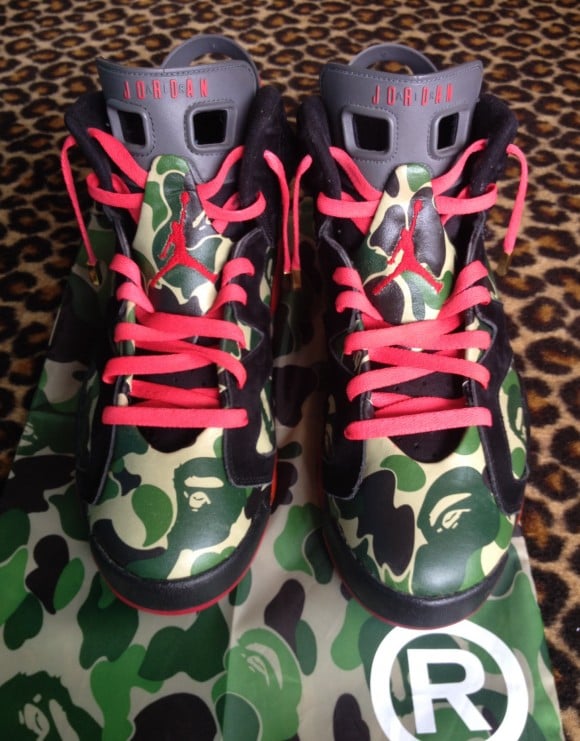 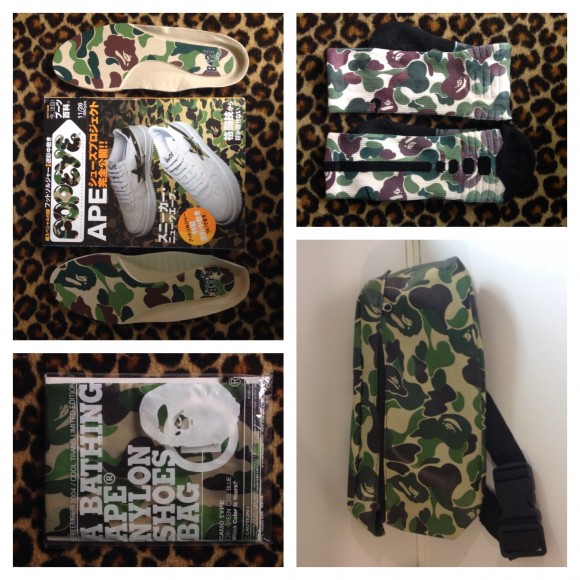