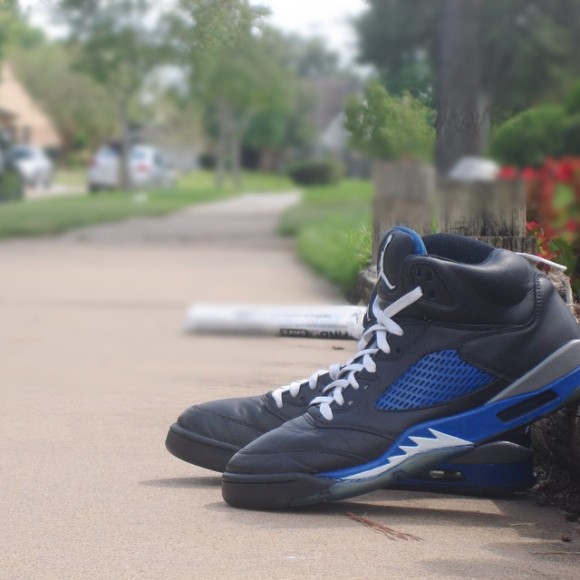 Last weekend, we saw the release of the AJ6 ‘Sport Blues,’ but have you ever wondered what the royal colorway would look like on another pair of kicks? Texas-based, Blood Shot Customs, took a pair of mostly black Air Jordan Retro 5s and translated the ‘Sport Blue’ make-up to it, and we’re liking it! The midfoot netting and midsoles arrive in royal blue, with white covering the shark tooth ridges, as well as gunmetal grey on the rear of the soles. A flat black coating of paint dominates the uppers, with clean white Jumpman logos on the tongue and rear panel. What do guys think of these customs? Let us know down below! 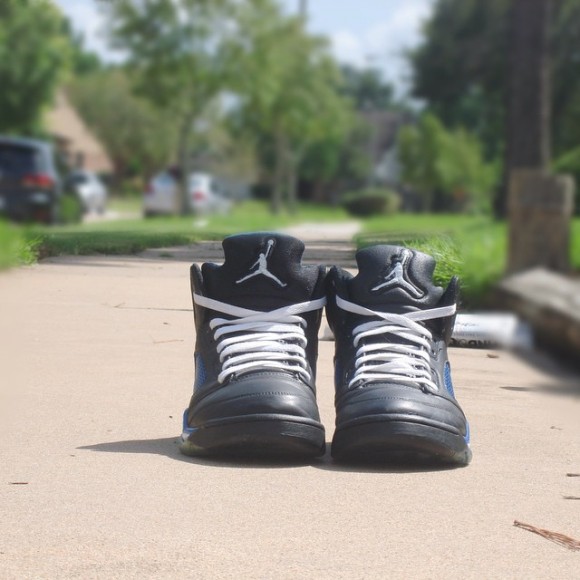 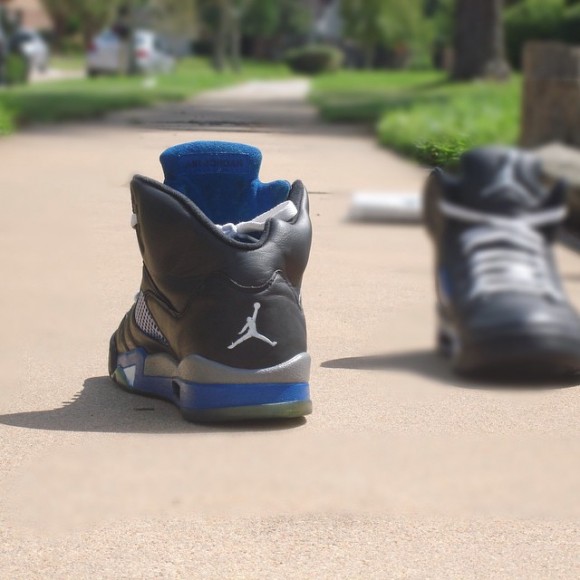