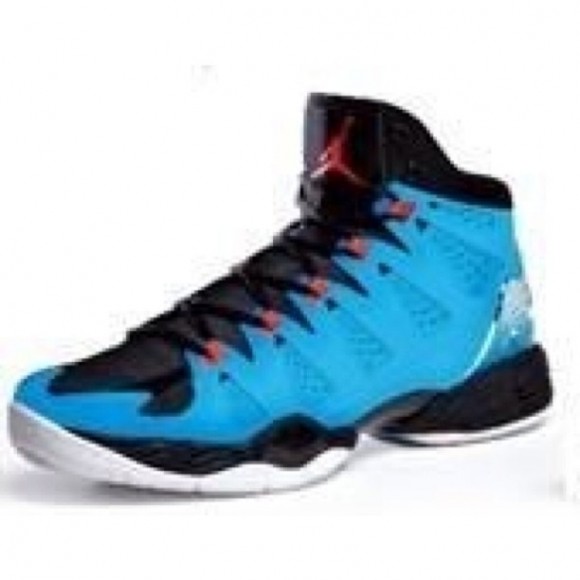 While Carmelo and the Knicks have just added Queensbridges own Metta World Peace to their roster, the Knicks are looking to come into the 2014 season strong. While the “Melo” Air Jordan V has been garnering a lot of attention, it looks like the folks over at Jordan Brand are ready to move Anthonys signature line into its next phase. This move forward comes in the form of the Jordan Melo M10. Sporting what appears to be a NYK-inspired color scheme, sneakerheads should expect to see Carmelo hit the court next season in these bad boys. Though we only have one pic to share with you all, that isn’t of the best quality, we are certain that there will be some better images on the way fairly soon. But for now, check out the one image we do have and be sure to keep it locked to SneakerFiles for more.