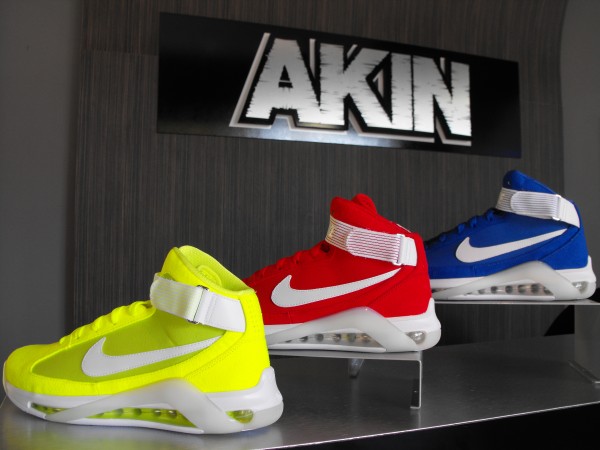 With the kicks already popping up at some overseas retailers and set for a release here in the States in less than a month, we have another look at the upcoming Air Jordan IV “The Shot”.

A tribute to Jordan’s iconic game winner over Craig Ehlo in Game 5 of the first round of the 1989 NBA Playoffs, the kicks are inspired by the Cavs’ uniforms of the time with orange and blue accents appearing throughout the predominately black suede kicks.

Set to be a limited release, look for the kicks to land at select Jordan Brand retailers on May 12 for $160.