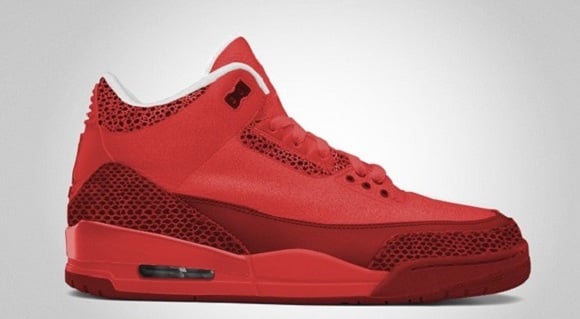 Ever since Justin Timberlake broke them out during his “Legends of The Summer” tour, lacing lucky fans with pairs via scavenger hunts, the Air Jordan III “Red October” (aka “Legends”) has steadily built up hype, with sneakerheads worldwide wondering if this shoe will ever release to the public. Speculation continued to rise when DJ Khaled, a celebrity known for getting countless Air Jordans early from Jordan Brand, flaunted a pair on his Instagram a couple weeks ago, along with some other confirmed releases like the “3Lab5” V’s and the newly-released “Green Glow” IV’s, adding to the possibility of their inevitable release. Today, we bring you a new image of the all-red kicks, giving us a clearer look at the unique details of this shoe. The shoes consist of an all-red suede upper, with the typical elephant print seen on the Air Jordan III being replaced by snakeskin and hits of Nike’s “other” print, commonly known as the “safari” print. Check the image out below, as well as those pics from Khaled’s IG, and let us know if you’re hoping for these to drop this October, the rumored time of their release. 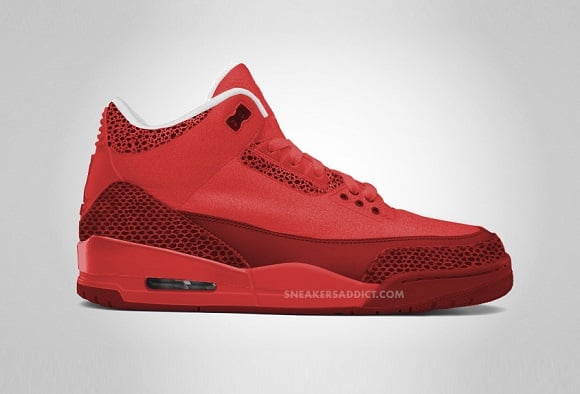 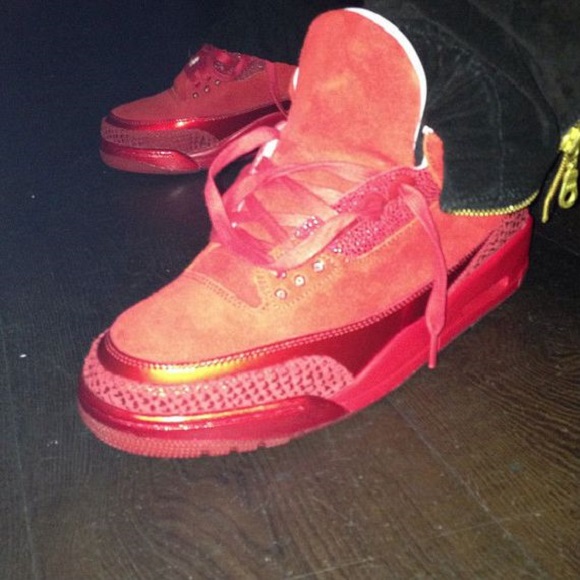 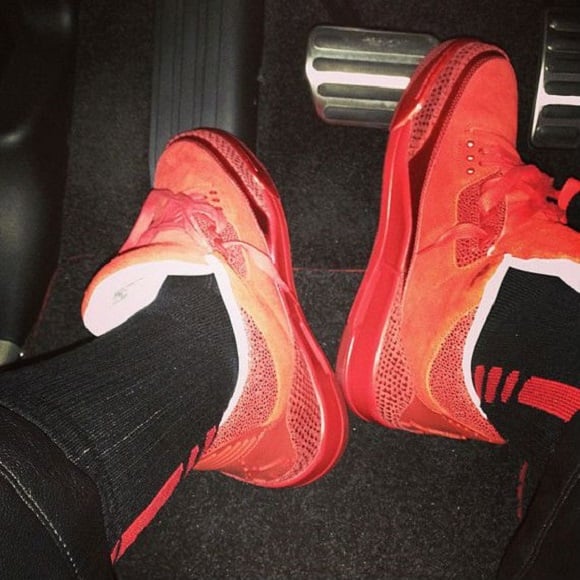 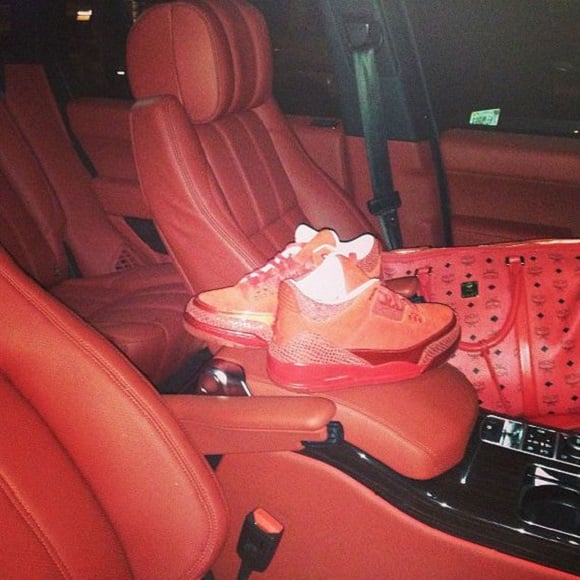 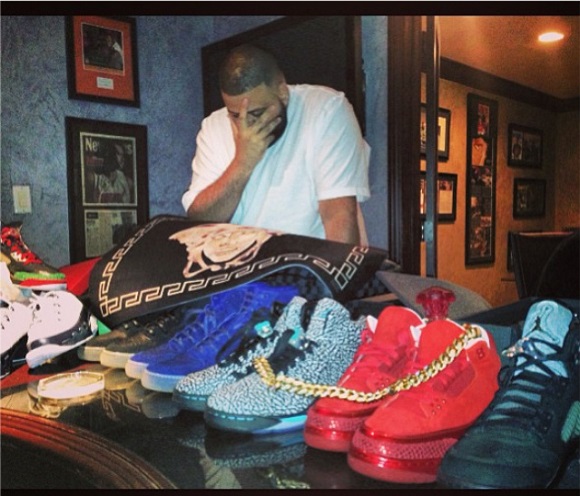 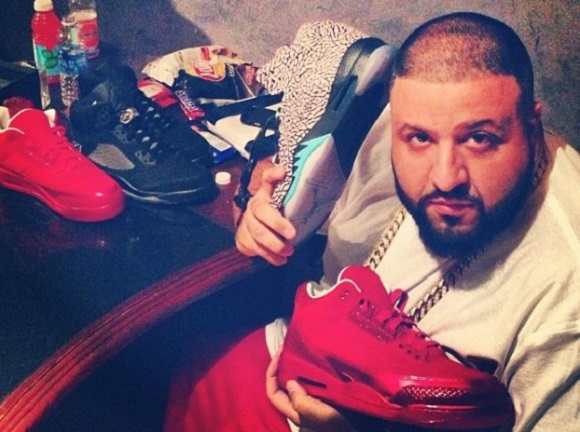 Via Sneakers Addict (DJ Khaled Pics via his IG)