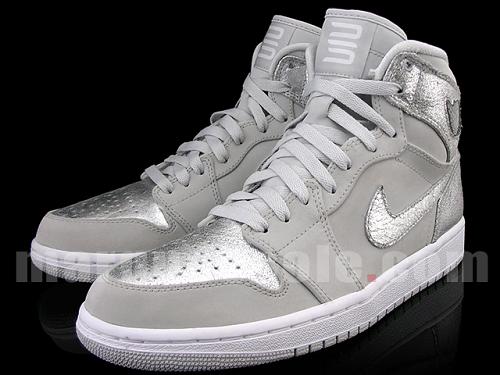 Recently, Air Jordan helped create quite the stir with a presentation of the Air Jordan Silver Anniversary Collection. Jordan sneaker fans are absolutely moved by the collection and either in huge favor of some sort of a release or quite adamantly against the release of anything resembling what we’ve seen so far. Well, not too long after showing you the fifth and final part of the 25th Anniversary Collection, we now bring you word of an exclusive sale.

MarqueeSole has a VERY (and understandably so) LIMITED size run of an Air Jordan I retro high that is also reportedly a part of the Air Jordan Silver Anniversary Collection, and thus, aptly nicknamed the “25th Anniversary” Air Jordan I. A cool new logo that resembles Lebron’s “23” logo can be seen on the most top part of the tongue- except this one can read not only “23,” but it can also read “25-” depending on how you look at it. Moreover, whlie the silver anniversary Air Jordans that Jordan Brand has been giving us a sneek peak at are completely white, these actually don the same color as the collection they are a part of. Especially eye-catching silver material can be seen on the shoe laces strap near the ankle, the Nike swoosh, and the toe box. The rest of the shoe is covered in a cool grey and white color-up that is sure to attract a huge following. Act fast, because very little else is known about this particular pair of the Air Jordan I, meaning this could very well be your only shot at snagging a pair. Either way, it’ll definitely be among the EARLIEST opportunities to do so. 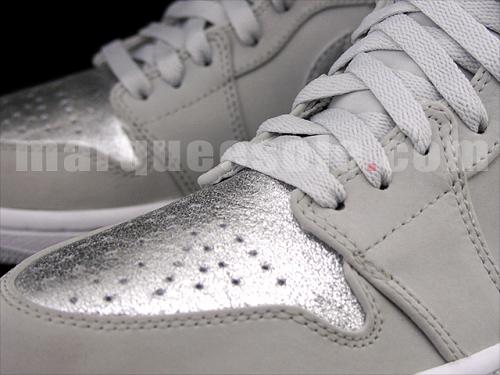 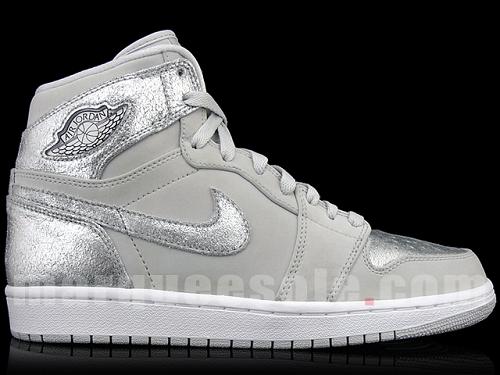 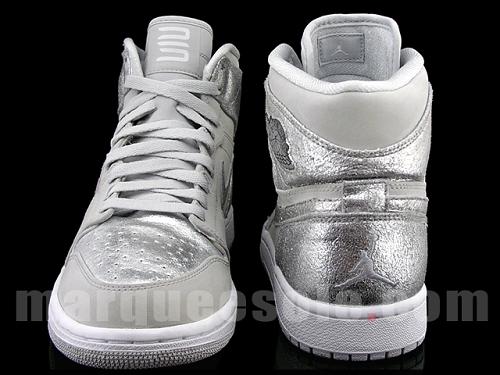 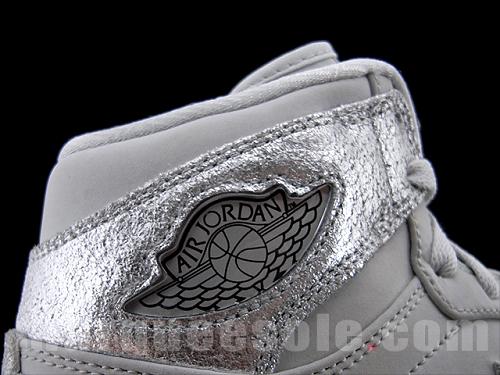 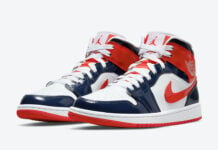 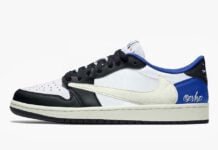 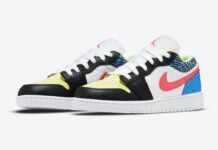