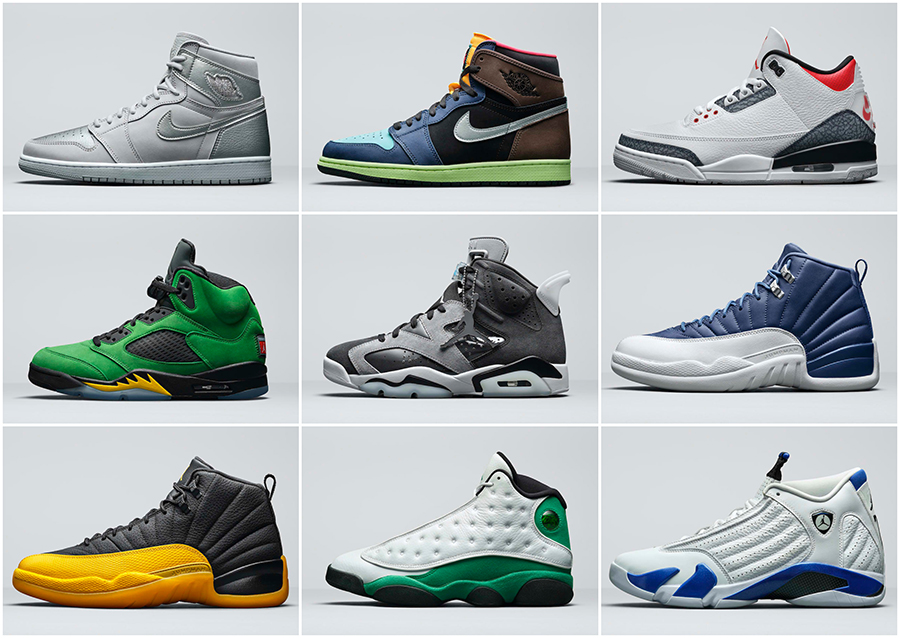 Jordan Brand has unveiled their Air Jordan Fall 20202 Collection which will consist of a wide range of models.

Starting things off we have four colorways of the Air Jordan 1 which includes the ‘Bio Hack’, ‘Smoke Grey’ and the women’s ‘Satin Snake’. We also have the 2001 classic CO.JP ‘Metallic Silver’ which originally launched in Japan and will now debut globally.

From the collection we also received a first look at a new Air Jordan 6 that will be a women’s exclusive.

Below you can check out the entire Air Jordan Fall 2020 Collection. You can expect the lineup to start releasing this Summer.