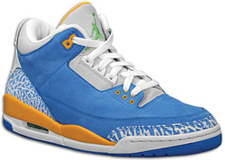 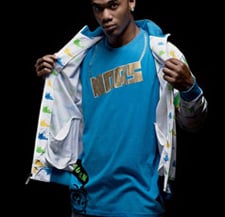 Spike Lee aka Mars Blackmon and Jordan Brand will release Air Jordan’s III, Jordan Spiz’ike, Jordan Team Elite II, Low Jordan Training shoe (name is unknown) along with some clothing with inspiration from the movie “Do the Right Thing”. Before, it was said that the Air Jordan III (pictured above) was the “Laney III”, but the color way matches the cover of Do the Right Thing. The four Air Jordan’s mentioned above are confirmed for now, more might release apart of the Do the Right Thing Collection. Via jmadidas2001 at nt.