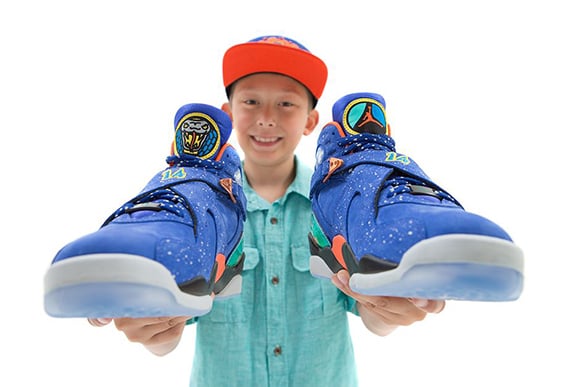 A full unveiling of the 2014 Doernbecher collection recently happened and now we are breaking down each model, showing you additional images and giving you information. First up is the Air Jordan 8 Doernbecher.

The Air Jordan 8 Doernbecher was designed by 10 year old Caden Lampert who was diagnosed with Guillain-Barré syndrome.

Details on the Air Jordan 8 DB reflect Caden’s burning love for basketball, which you can see a basketball with a flame on the sole and his number 14 placed on the straps. The uppers feature speckled glow in the dark. Inside of one of the tongues has a boom box for his love of music and his brothers name “Ryland” who battled childhood cancer. He also placed both his brothers (Blake and Ryland) names on the straps. Throughout the shoes you can see the inspirational quotes of “Rock on” and “Brave”. Jordan Brand will also release a matching t-shirt and cap with the quotes. 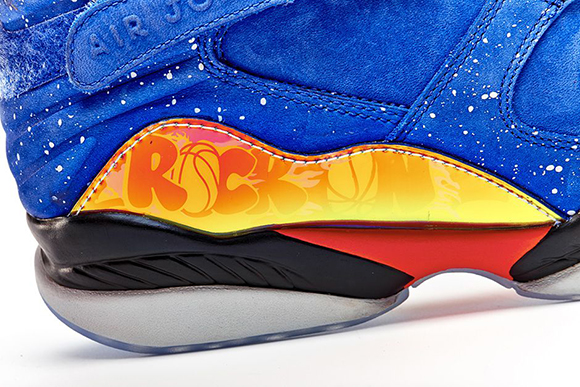 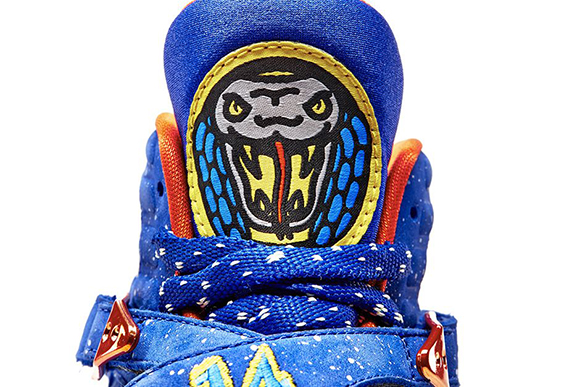 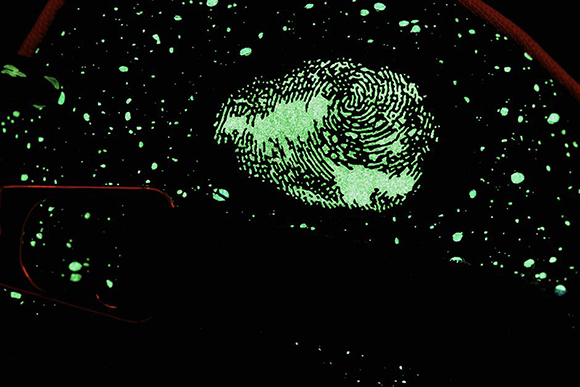 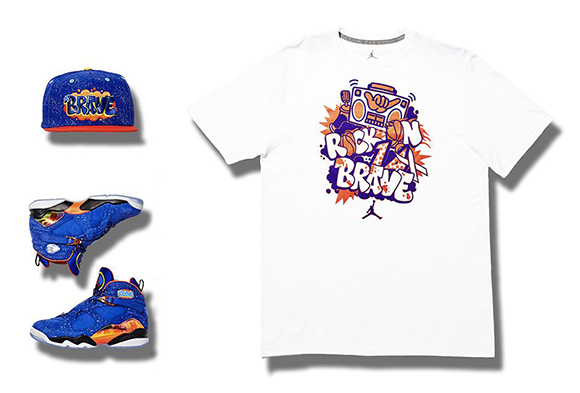