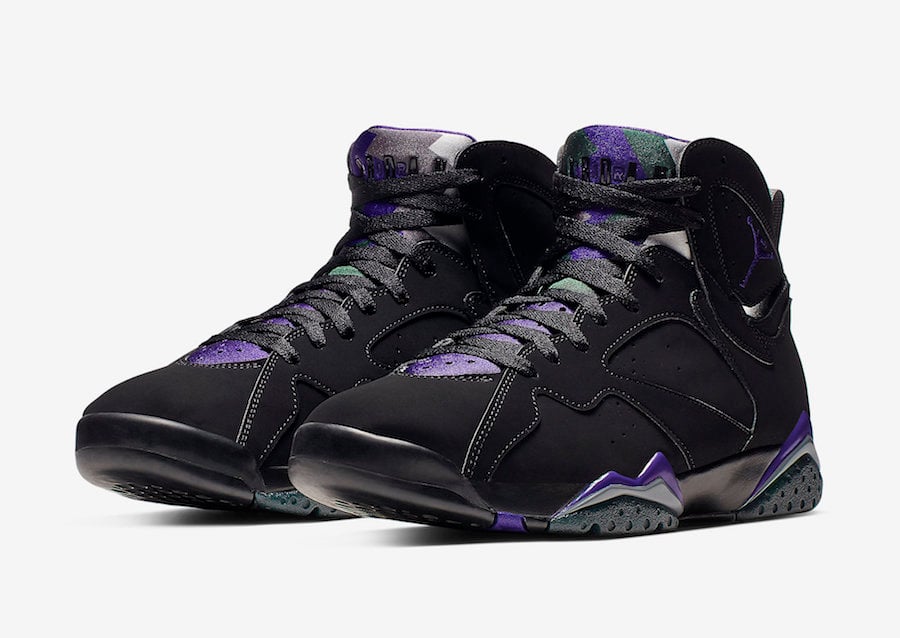 The Air Jordan 7 ‘Ray Allen’ combines two of his player exclusives for a new release launching in June.

Ray Allen signed to Jordan Brand in 1997, making him one of the first players to wear the Jumpman with official ties. Through the years we saw him wear different player exclusives, but in 2002 he wore the Air Jordan 7 in both ‘Home’ and ‘Away’ colorways while playing for the Milwaukee Bucks.

Paying tribute to Ray Allen’s career and his Hall of Fame induction in 2018, Jordan Brand will release the Air Jordan 7 Ray Allen in 2019 which will also celebrate his 23rd anniversary of his draft class in 1996.

Featuring a Black, Fierce Purple and Dark Steel Grey color scheme. Black nubuck covers the upper while accents of Purple, Grey and Green are used throughout.

The Air Jordan 7 ‘Ray Allen’ is expected to release on June 1st, 2019 at select Jordan Brand retailers and online at Nike.com. Retail price is set at $190. As soon as we have more information we will make sure to update you.

Update 5/25: Check out the official images of the ‘Ray Allen’ Jordan 7 which will release on June 1st. 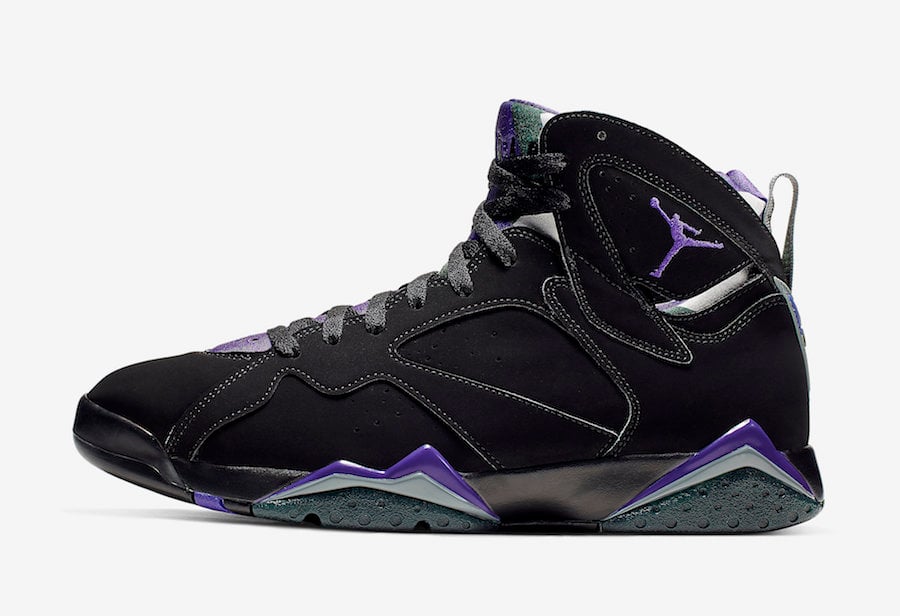 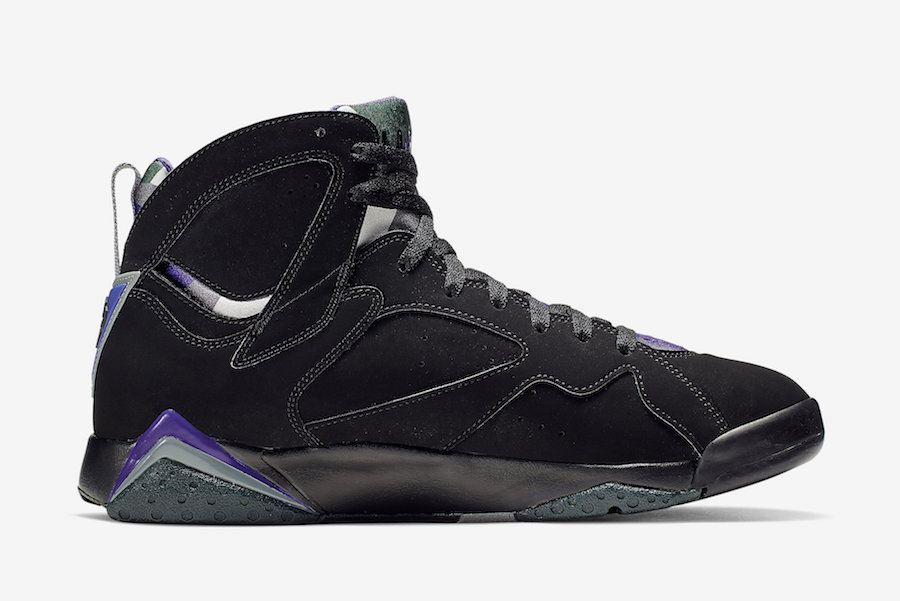 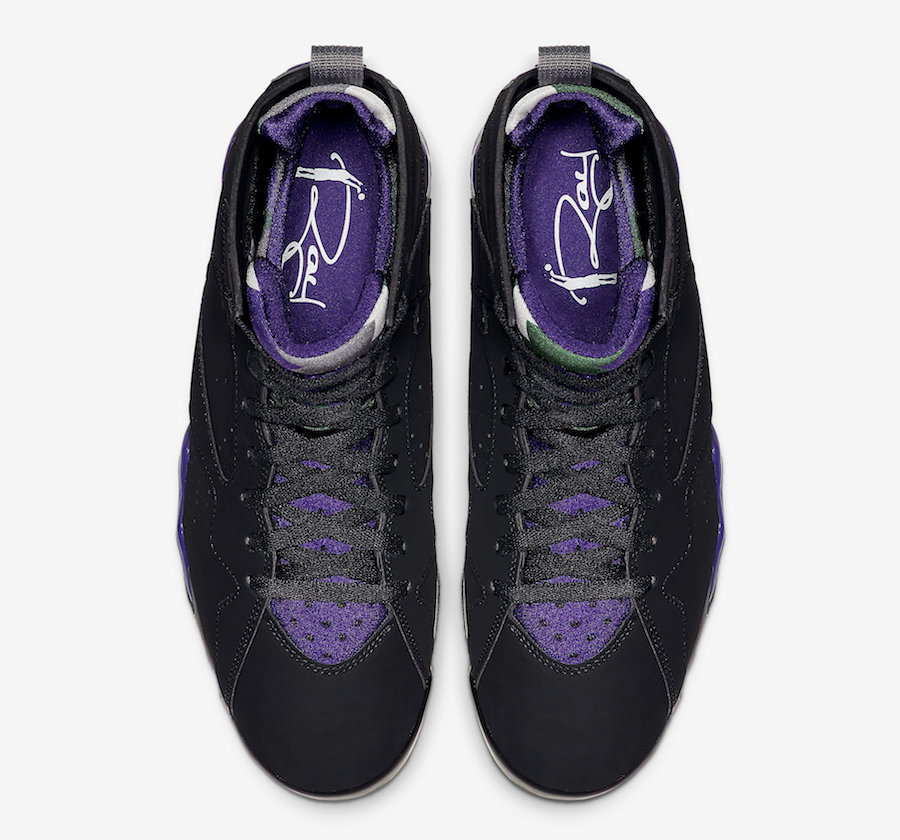 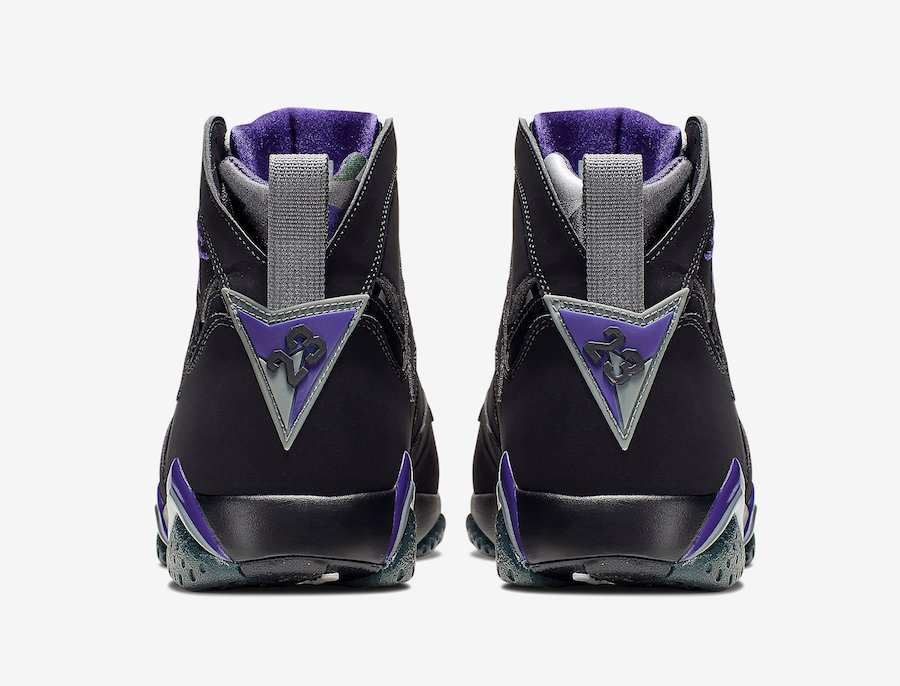 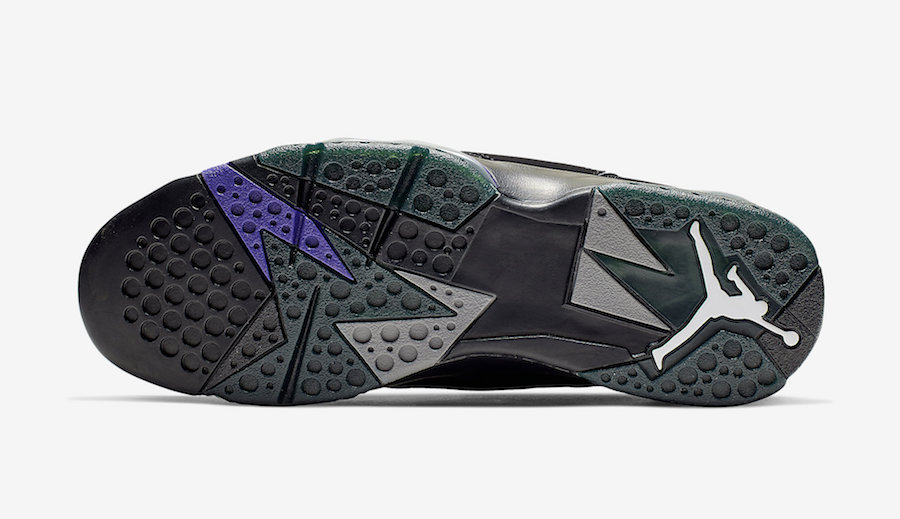 Update 5/11: Check out this detailed look at the ‘Ray Allen’ Air Jordan 7 which will debut on June 1st. 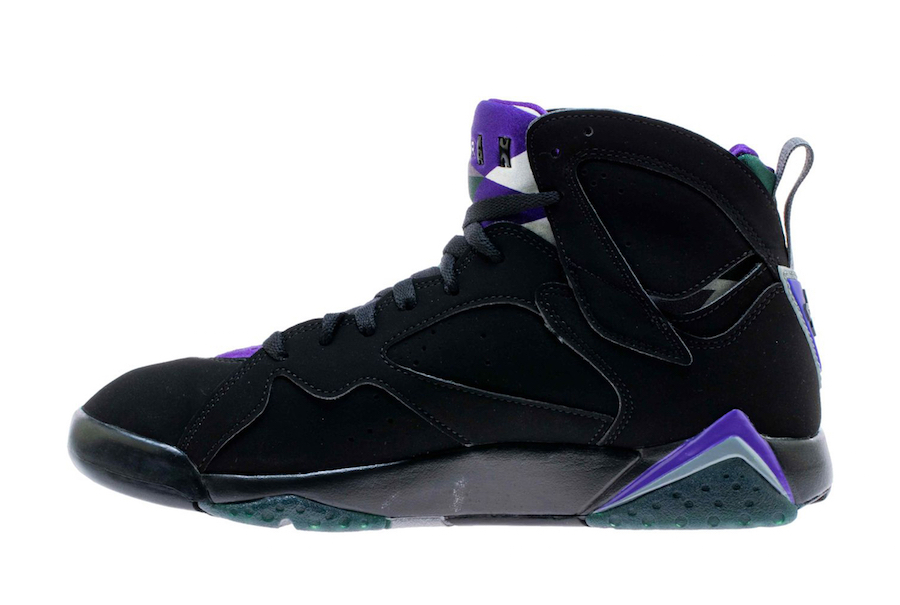 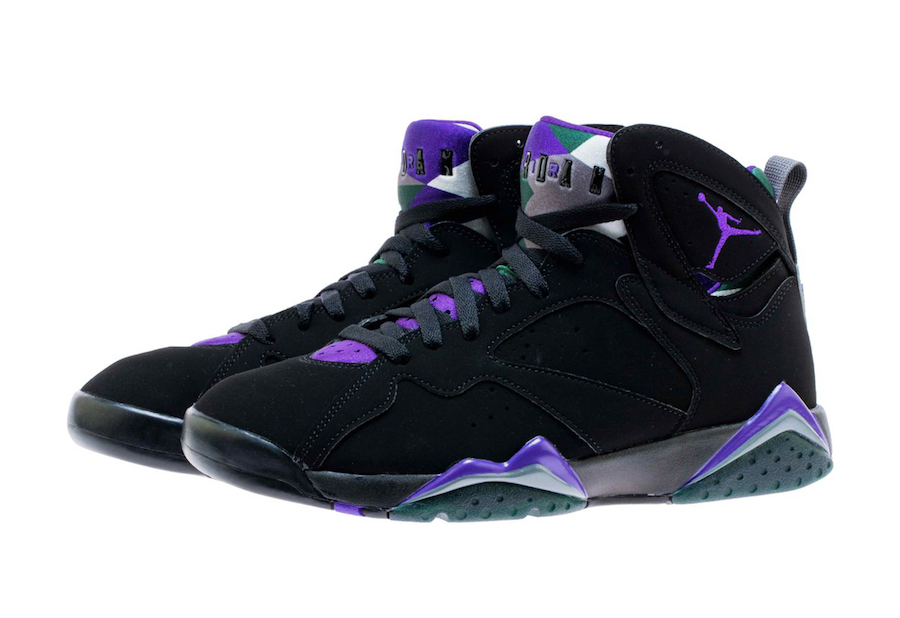 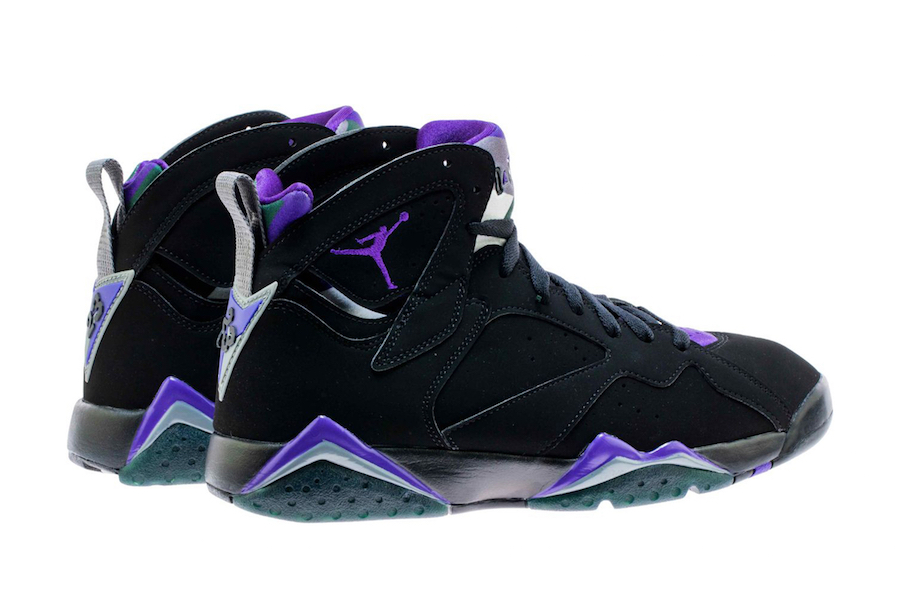 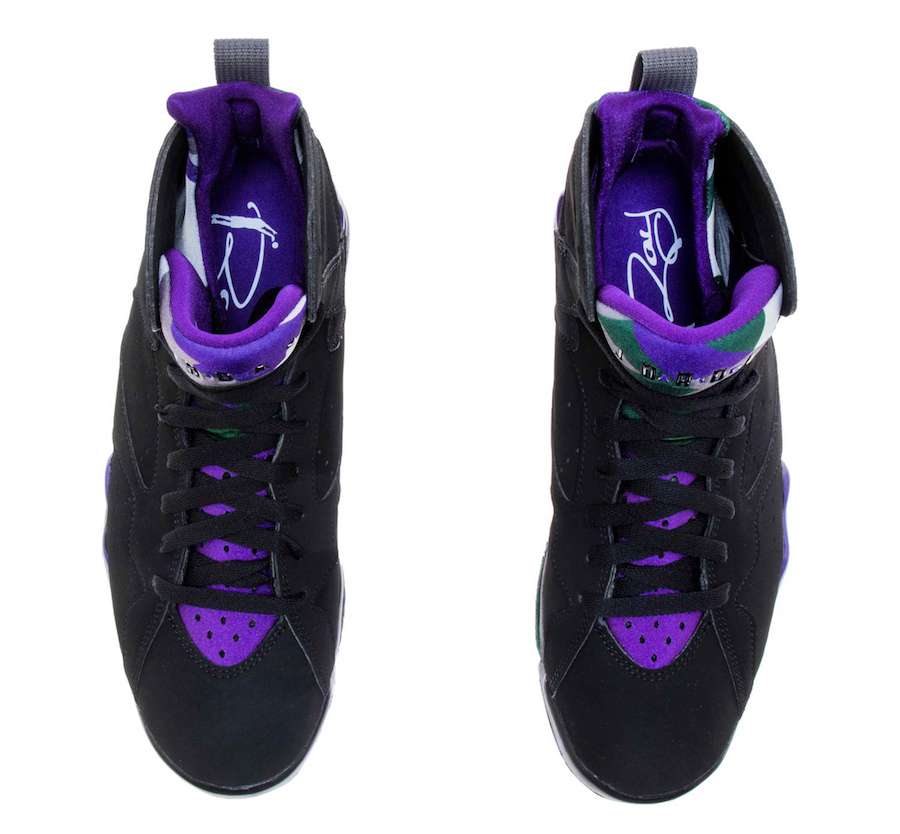 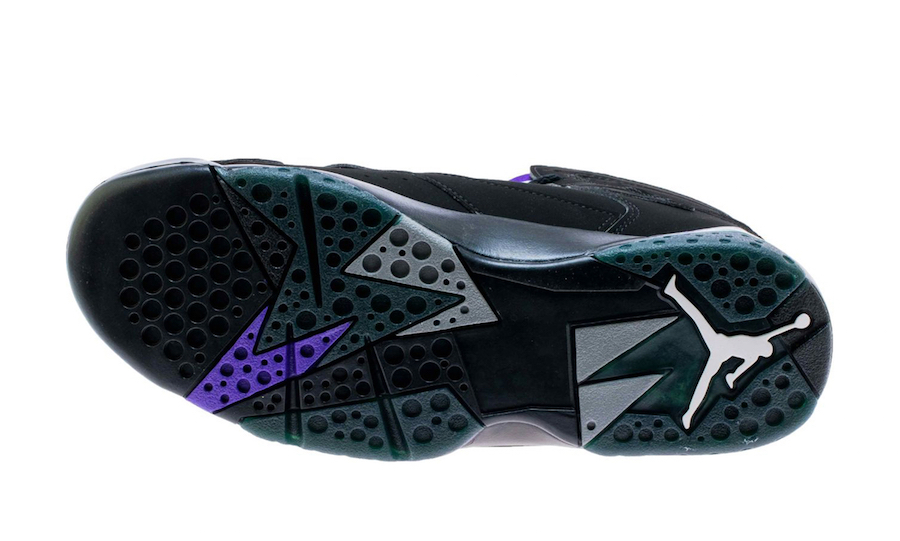 Update: Detailed images of the ‘Ray Allen’ Air Jordan 7 that celebrates the 23rd anniversary of Allen’s draft class in 1996. Via Sneaker News. 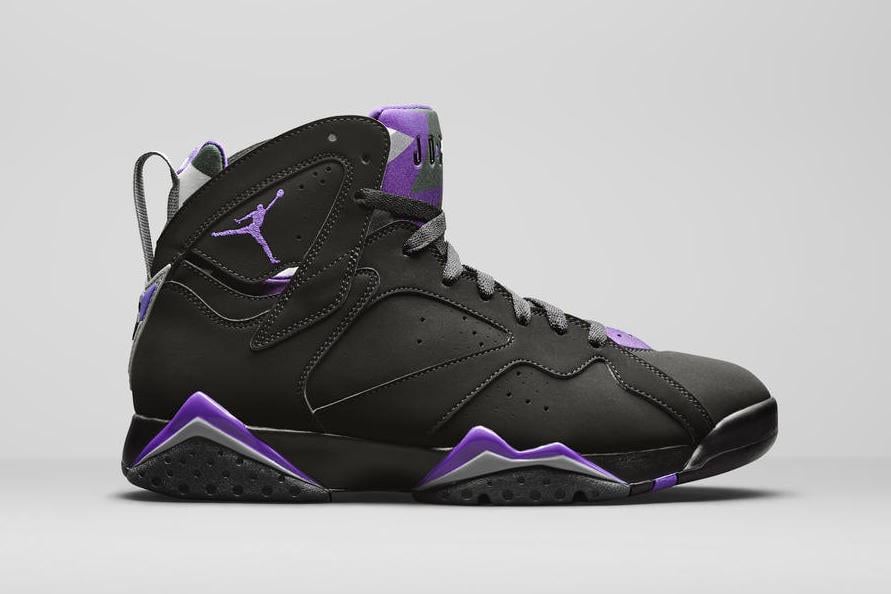 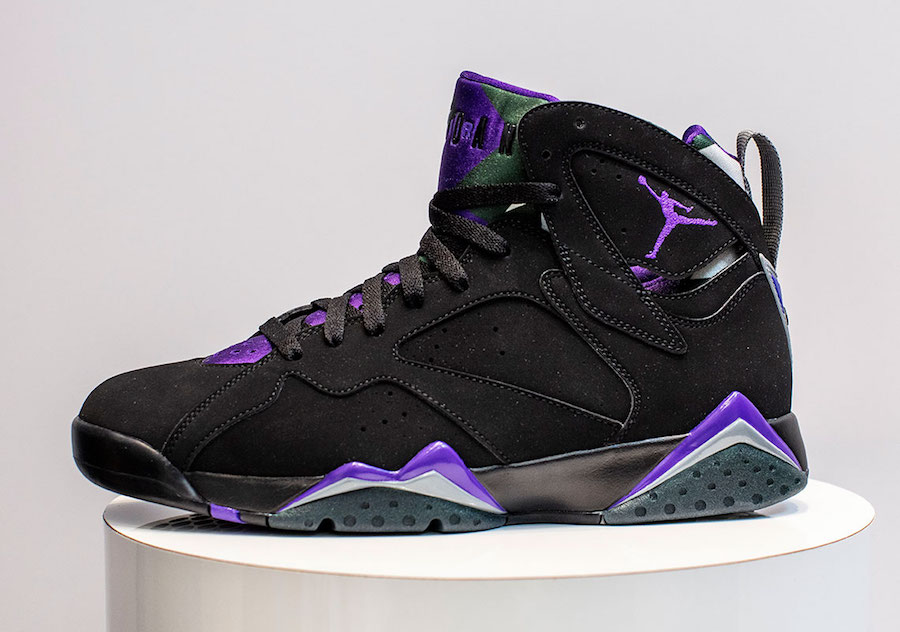 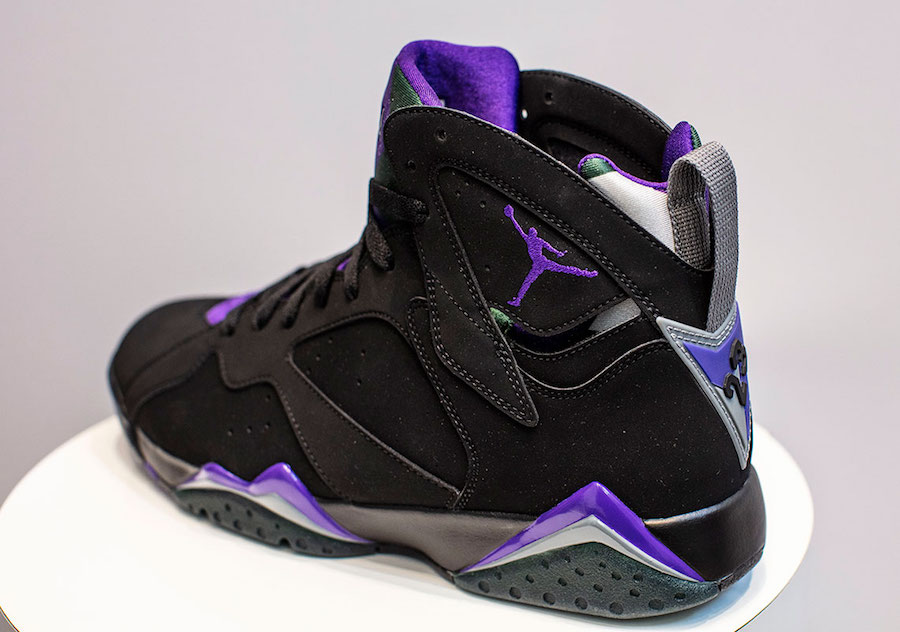 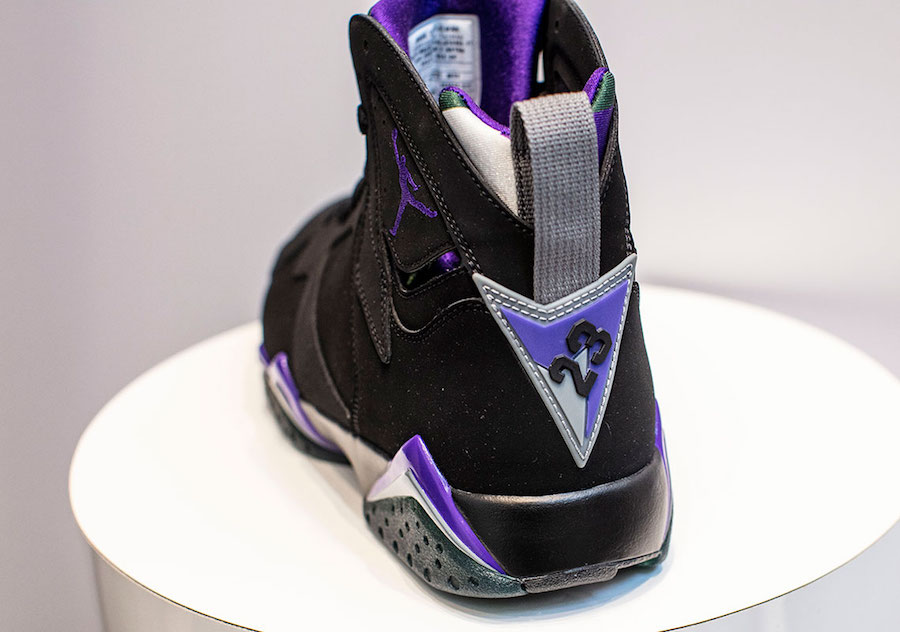 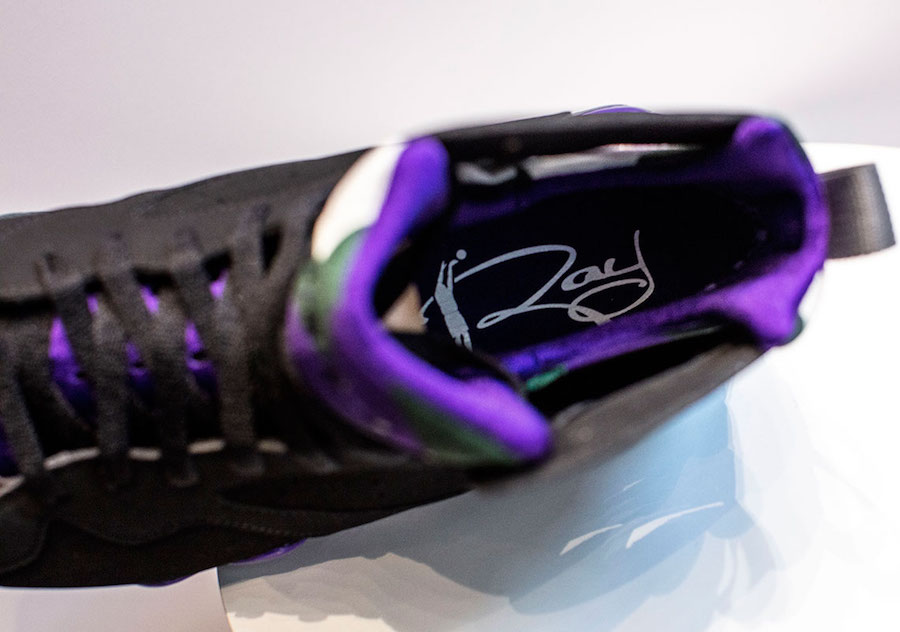 Update: We now have a detailed look of the ‘Ray Allen’ Air Jordan 7 in grade school sizing. This release also features Ray Allen’s signature across the insoles. Images via hanzuying. 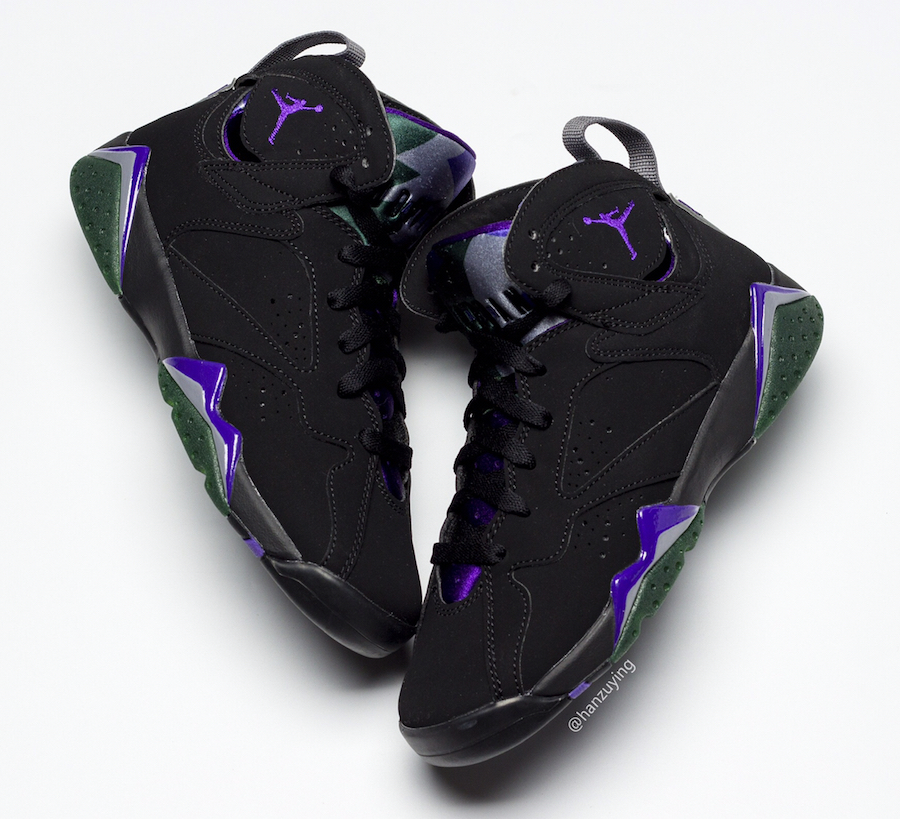 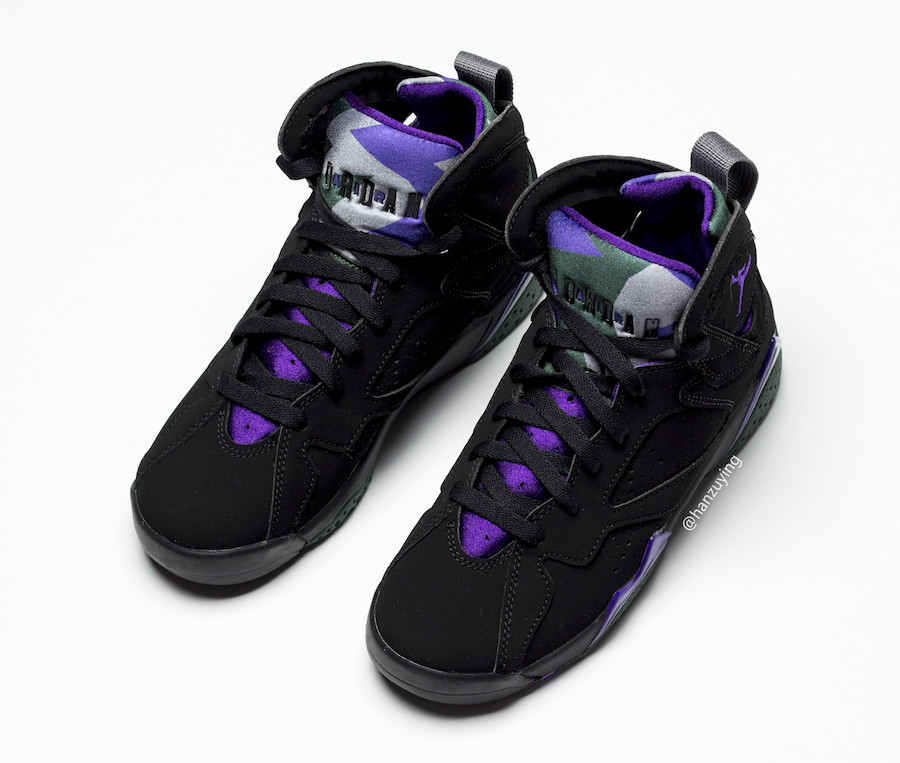 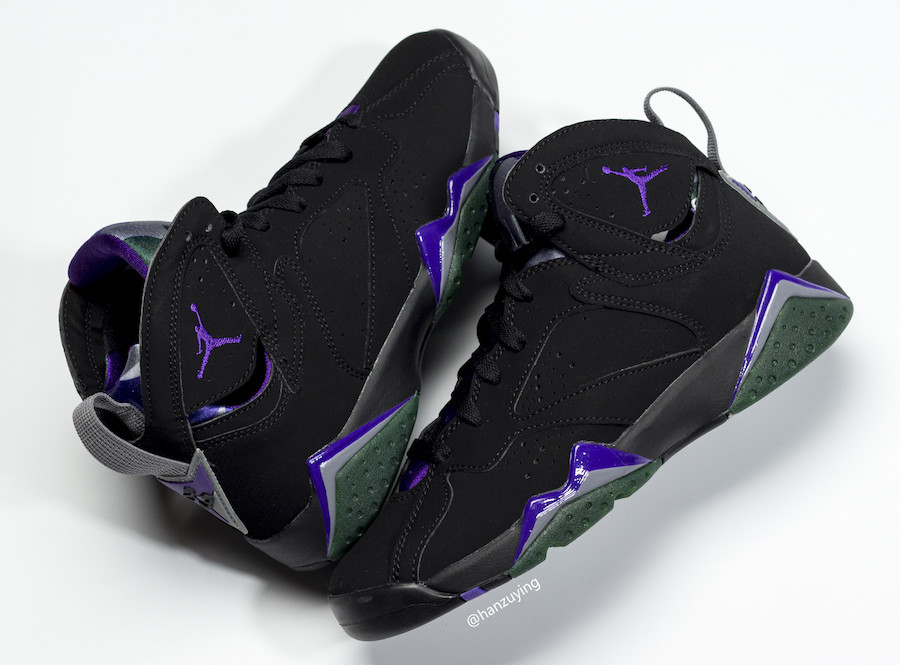 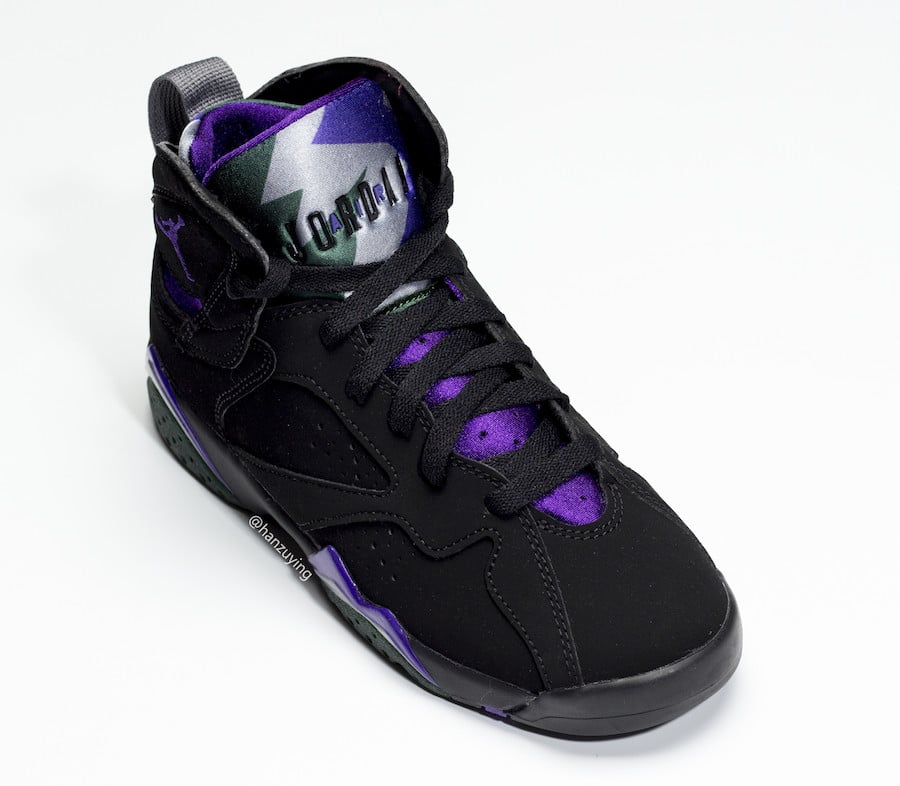 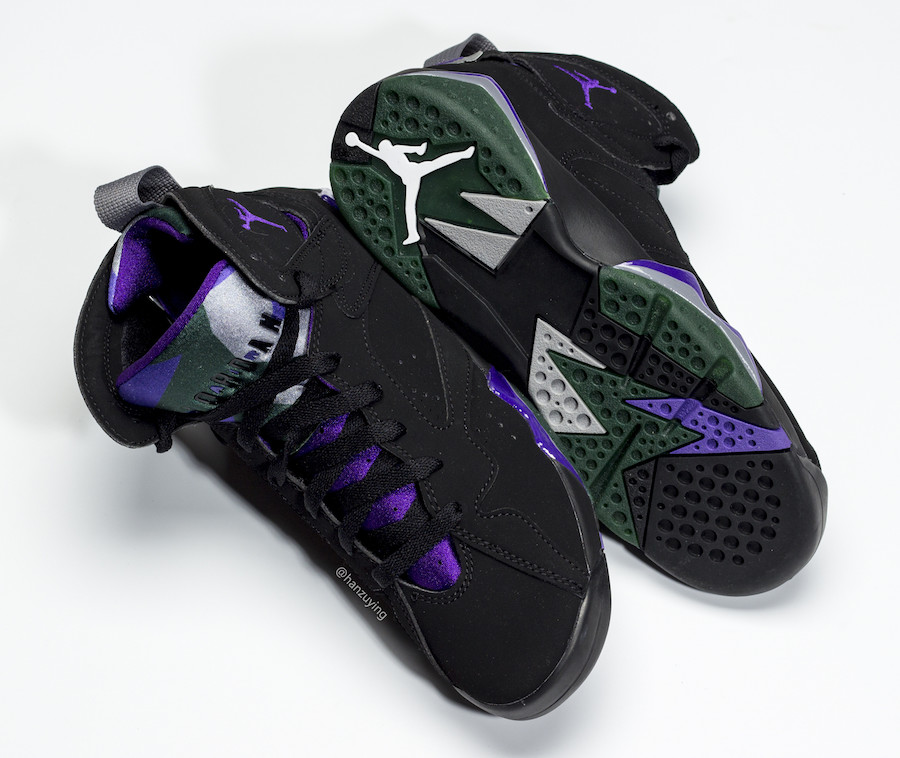 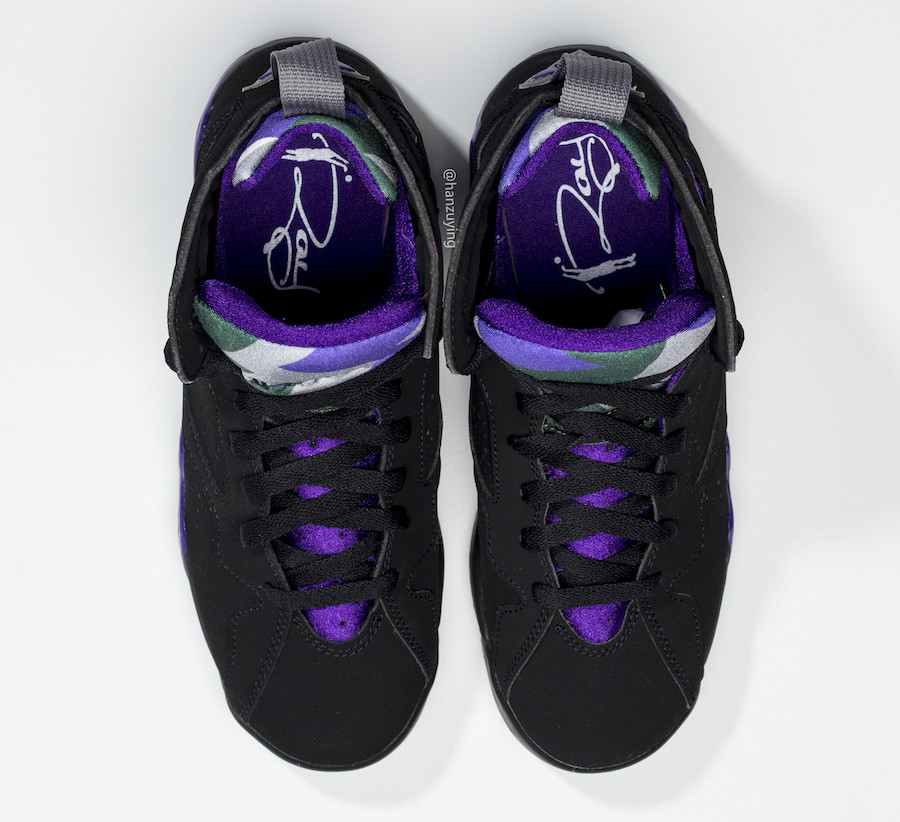 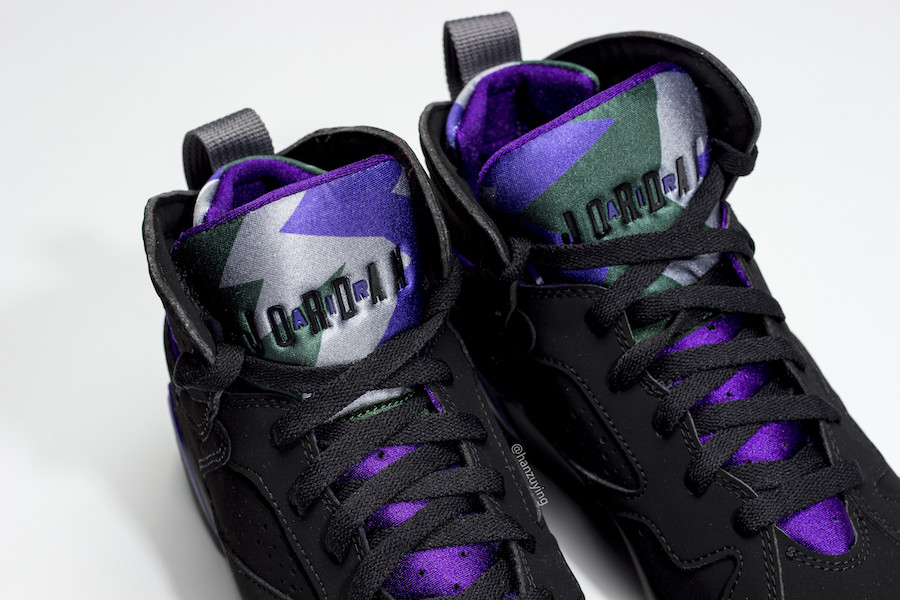 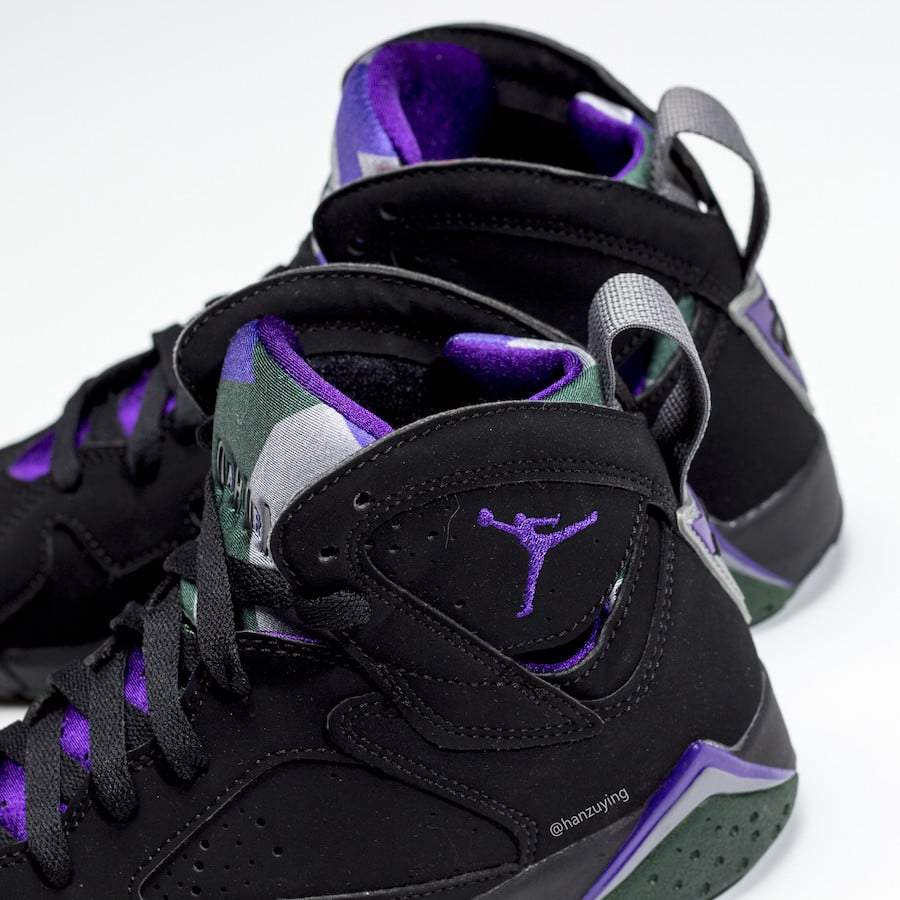 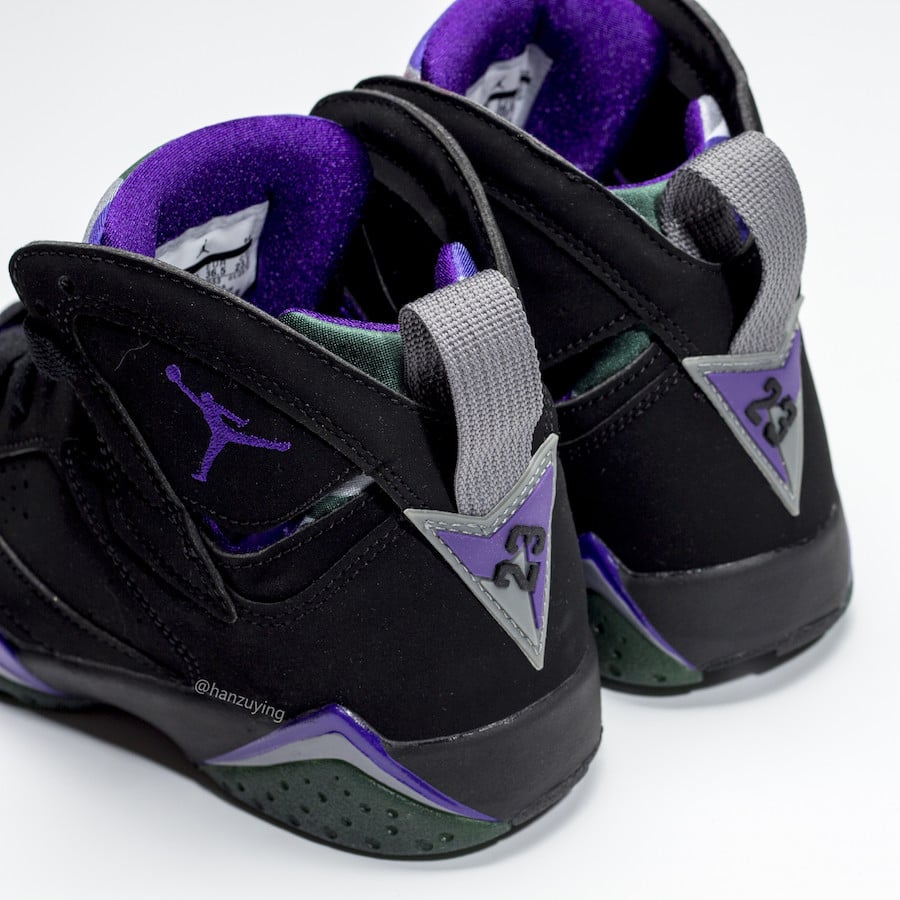 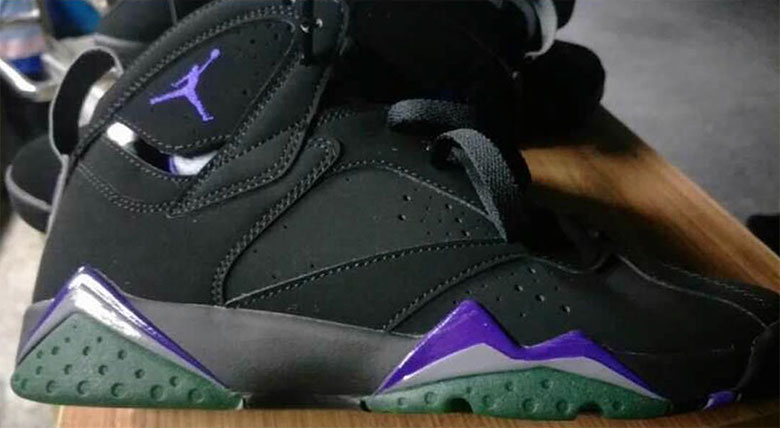 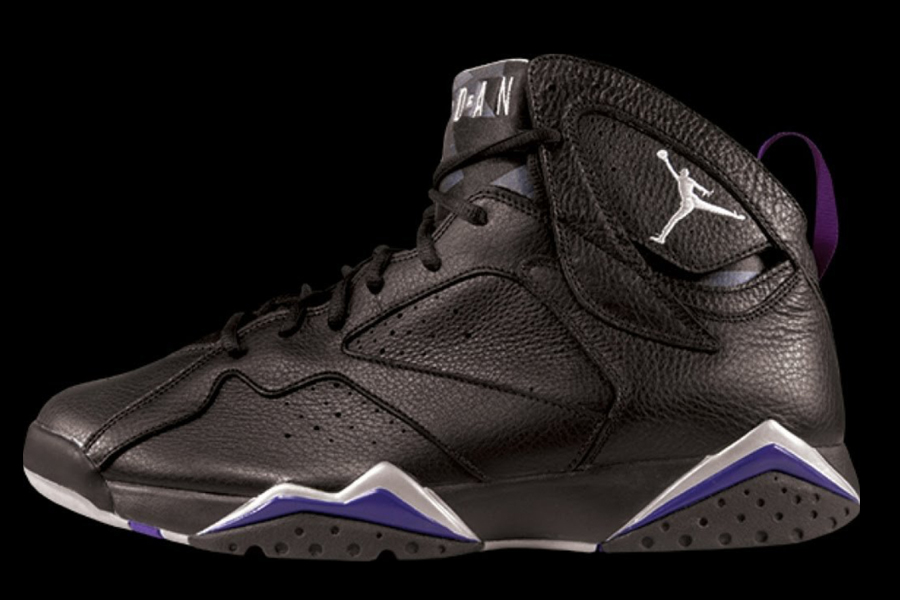 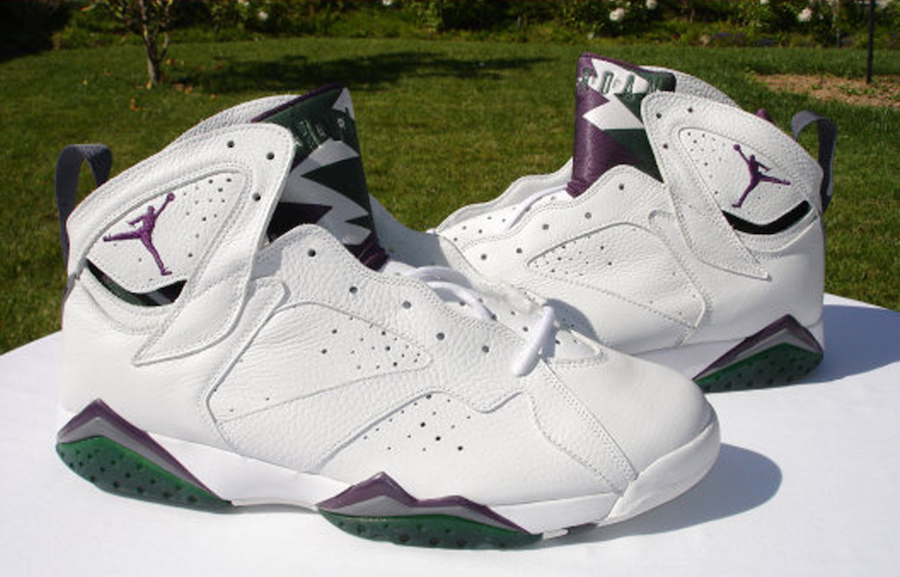