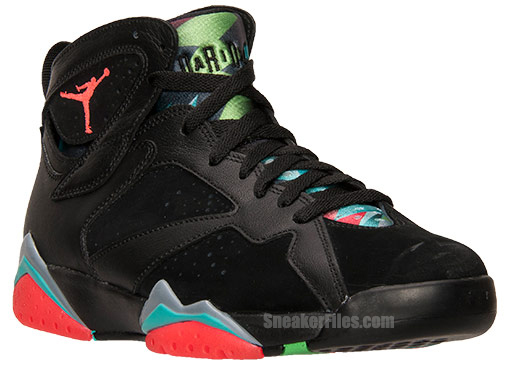 The first pair of Air Jordan 7s to release in 2015 was the French Blue which started the celebration of the 23rd anniversary of the AJ7. Unfortunately the shoes are still sitting at most retailers. This could mean two things: to many sneakers dropping at the same time or people are just not feeling them. With the next adult and GS release on the Air Jordan 7 coming in March, we have a full and yet detailed look at the Marvin the Martian.

Taking inspiration from one of the Looney Tunes characters, the Marvin the Martian Air Jordan 7 is dressed with black leather and nubuck. The use of infrared, graphite and retro (teal like color) is fused within the tongue, bootie and the midsole. An infrared Jumpman is used on the sides which sticks out nicely.

The Air Jordan 7 ‘Marvin the Martian’ will launch at Jordan Brand retailers on March 7th 2015 and can be yours for $190. 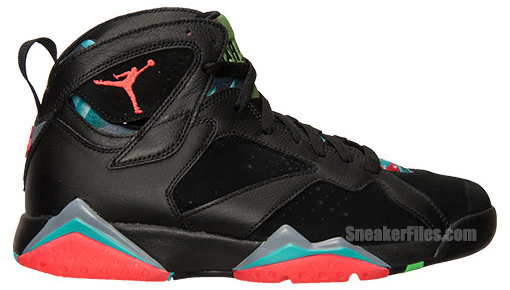 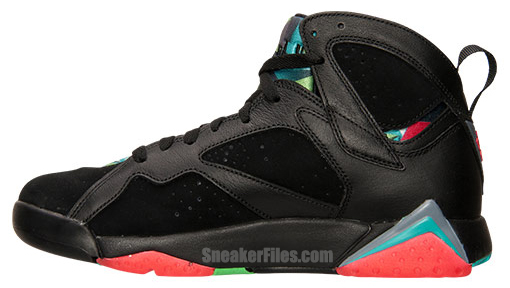 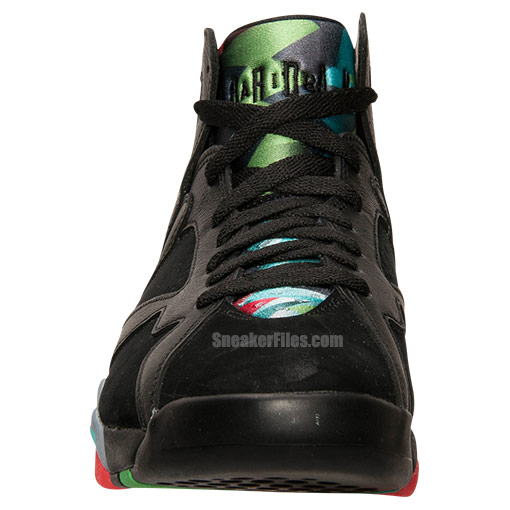 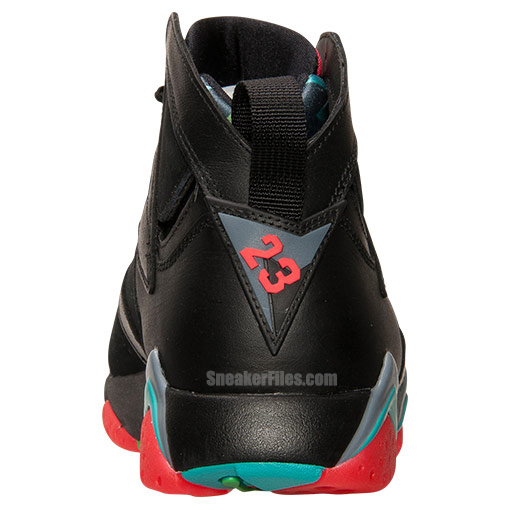