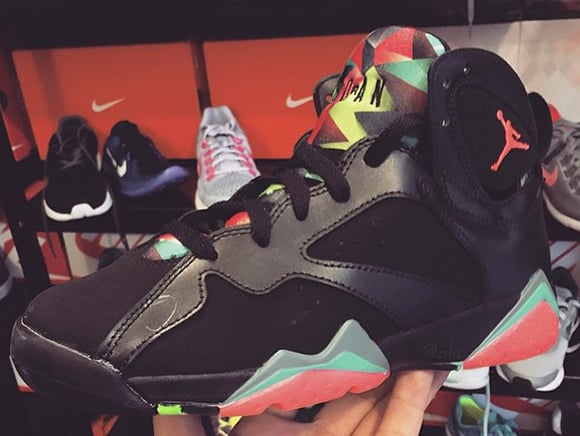 This year will bring back some classic Air Jordan 7s along with all new color schemes. Paying tribute to Bugs Bunny lands with the Hare model, but now JB has plans to drop a pair for the ref in Space Jam, Marvin the Martian.

If the Air Jordan 7 Marvin the Martian looks off to you, it’s because the pair shown is a GS. While we hope adult sizes do come, as of late we have only seen grade school pairs leak and other then that a catalog image.

Featuring predominate black on the uppers, hints of infrared, green and silver are seen throughout. Rumor is a white based pair is also coming this year.

For now a specific release date for the Marvin the Martian Jordan 7 isn’t known but they are expected to drop in April 2015.