Behind the Design of the Air Jordan 7 Doernbecher 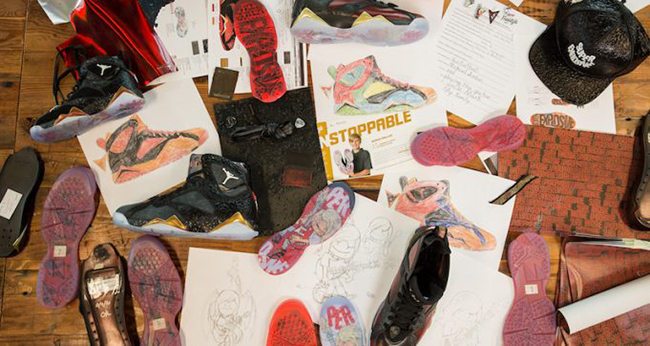 The Air Jordan 7 ‘Doernbecher’ is set to release on December 17th, 2016 at select retailers. Prior to the launch, Nike takes us behind the scene of the design. 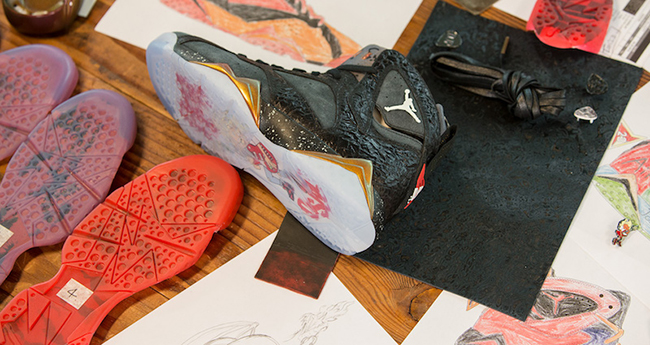 Living with a severe bleeding disorder isn’t easy, but Damien Phillips won’t let his diagnosis of hemophilia stop him. Damien has a multidisciplinary team at Doernbecher to help out if he needs it, but he has truly taken ownership of managing his condition. That gives him more time to focus on the stuff he really loves, like space, playing basketball and jamming on his guitar. Those two passions are central to his Air Jordan VII design, which came to life thanks to a team of dedicated Nike designers and developers who went the extra mile to explore every option for his shoe. 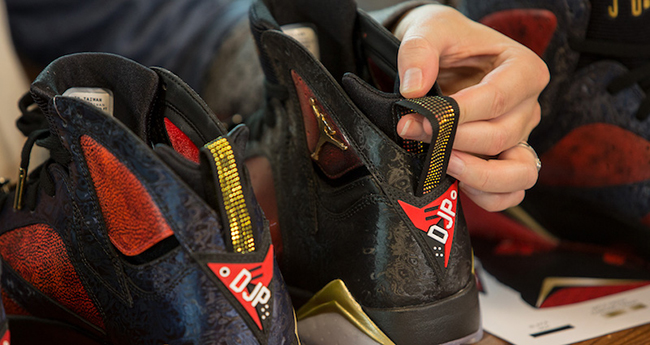 “Damien’s three initial drawings were all fairly different, so we really wanted to capture exactly what he wanted in one shoe. We ultimately created two versions, one that really explored a guitar theme and one that explored a space theme,” says Footwear Developer Mickelle Elliott. 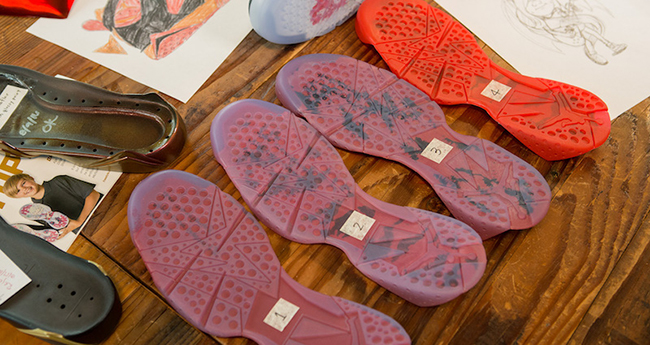 Materials Designer Rachel Stewart made sure Damien’s story and inspirations truly came through on the Air Jordan VII. “I went to the material library and crafted palettes based on what I knew he liked. He wants to be a professional basketball player, playing guitar is his favorite pastime and he loves space themes, so those are all great launching points to create concepts from,” she says. “We wanted to integrate as much of him into each part of the shoe as much as possible. So, we integrated his initials into the deubre and the back of the shoe.” 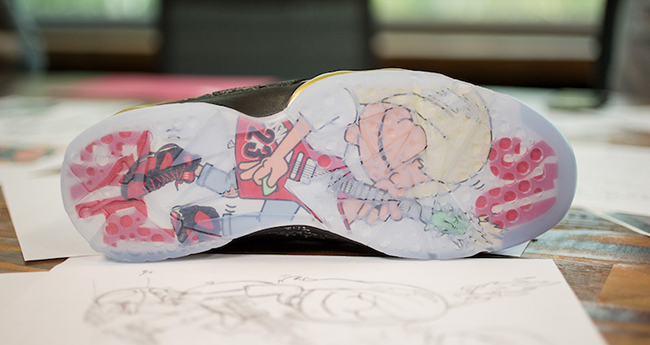 “Damien had a lot of ideas for graphics. That’s where ‘SUPER EXPLOSIVE’ came from, since he’s interested in space. He’s also really into guitars. We tried a few things and had to boil it down to guitars and dragons,” Graphic Designer Huxley Chin reveals. “My initial sketch incorporated a dragon into the cartoon of him playing the guitar, but slowly the dragon morphed into the head of the guitar throughout the various versions.” 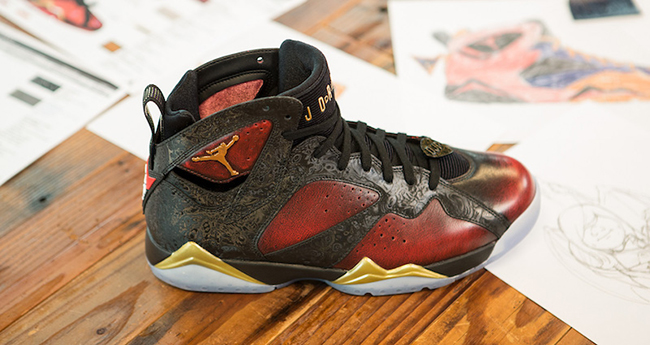 For the team, the project serves as a pinnacle moment in their careers. “I think it’s hands-down the most important thing I’ve ever been a part of,” says Mickelle. “It’s a huge honor. Not only are we making Damien’s dreams come true, but we’re supporting OHSU Doernbecher Children’s Hospital.” Eric and Jeni couldn’t agree more. “Being able to make a kid’s dream come true, that is all about him, is the cool part for me,” relates Eric. “That’s why I go to work every day.”

“Ultimately, we get to continue the legacy of MJ through Damien, which is amazing,” Jeni underscores.