Yesterday a first look arose on an unknown Air Jordan 7 that received the nickname ‘Bobcats’ due to it’s similar color scheme of the once NBA team (now Hornets). Moving forward, we have more images to share with you.

The Bobcats Air Jordan 7 features a mixtures of blue like dark turquoise and ice cube blue while hints of grey, white and orange are also present. We find it a bit odd the Jordan Brand would release this pair known as Bobcats as the team has changed names. So once word comes from Nike, we wonder if they will actually be another Looney Tunes release.

While a U.S. release date for the Air Jordan 7 Bobcats isn’t known, rumor is they are dropping in May. They will however release in Australia on April 25th 2015. 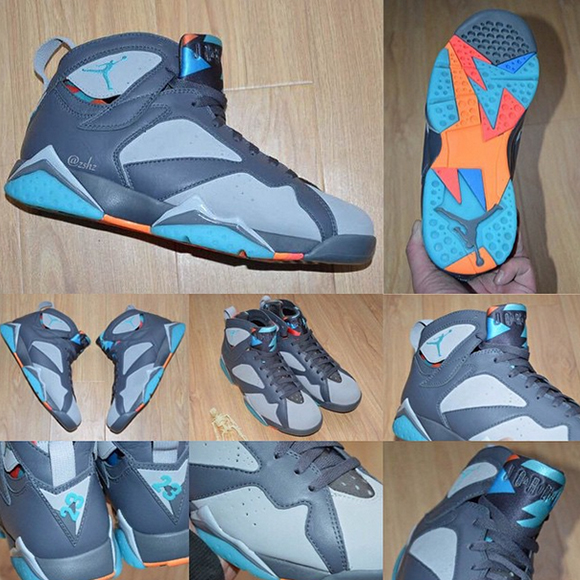