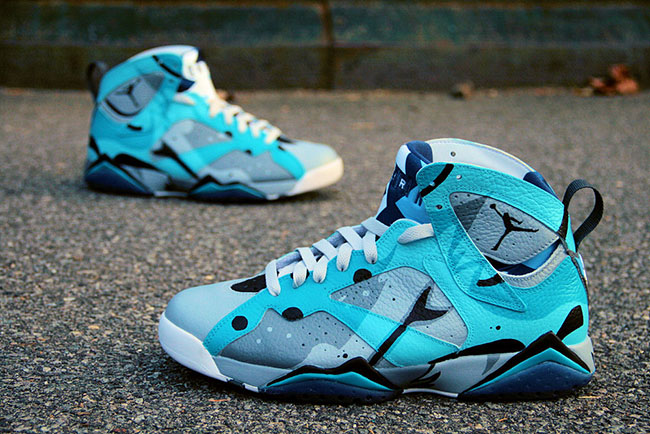 Following up on a previous custom last year, Ecentrik Artistry has taken the Blue Magic theme and made the Air Jordan 7 ‘Blue Magic 2015’ Custom. This marks the second edition using the Jordan 7 with this similar design.

For the 2015 version, Ecentrik used the Air Jordan 7 ‘French Blue’ for the canvas. Using multiple shades of blue and grey, while an interesting design that looks to be camouflage inspired is seen throughout.

More images of the ‘Blue Magic 2015’ Air Jordan 7 can be seen below. When Ecentrik Artistry designed the first pair in 2014, it was a 1 of 1. Good news for those that would like to purchase the 2015 model, he is now making customs of this pair for a limited time and limited run. If you have your own pair, it will cost you $240 for the work but if you need a pair of the French Blue 7s, then the whole project will cost $480 for adults and $370 for GS sizes. Check out their website if you would like to place an order. 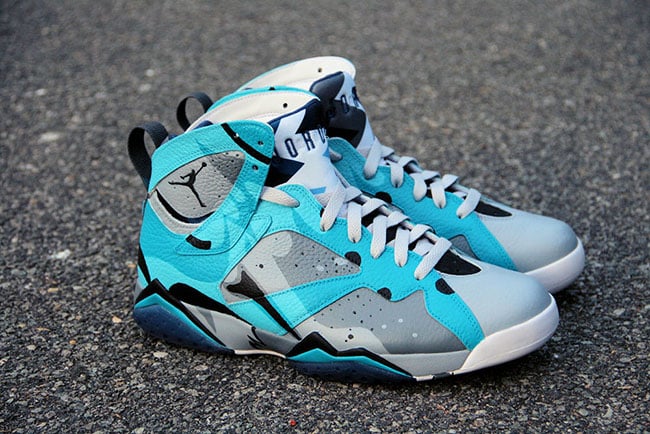 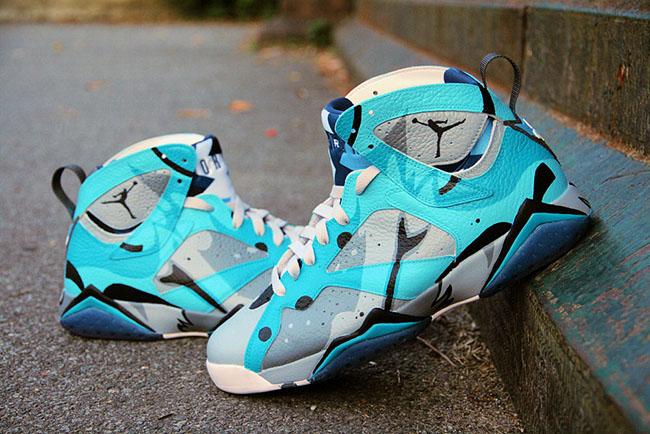 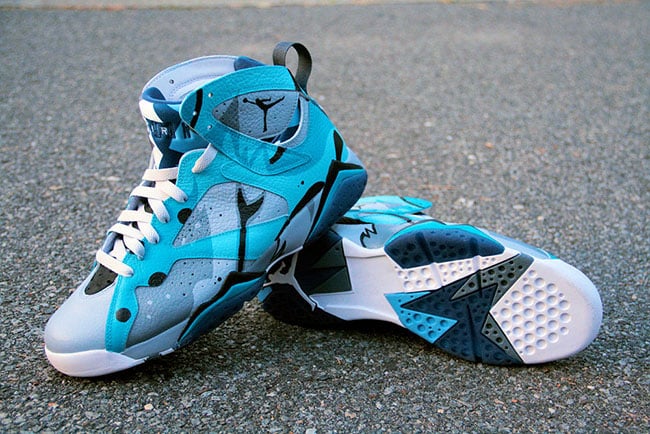 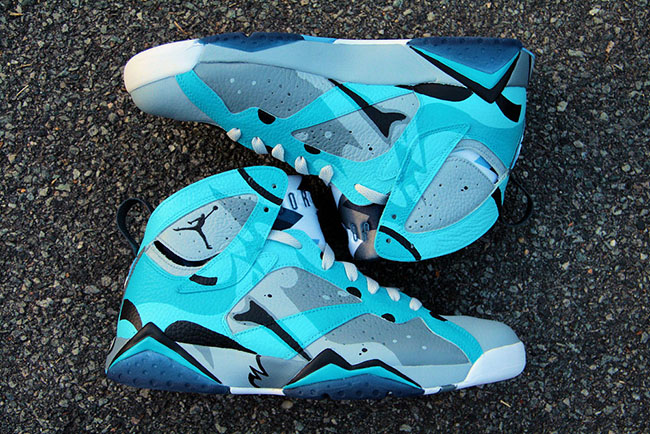 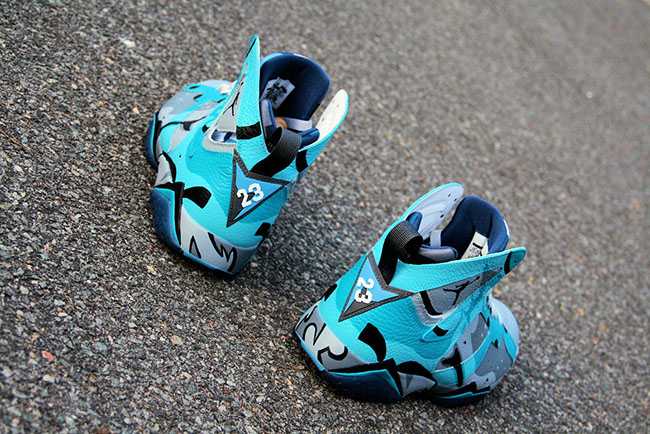