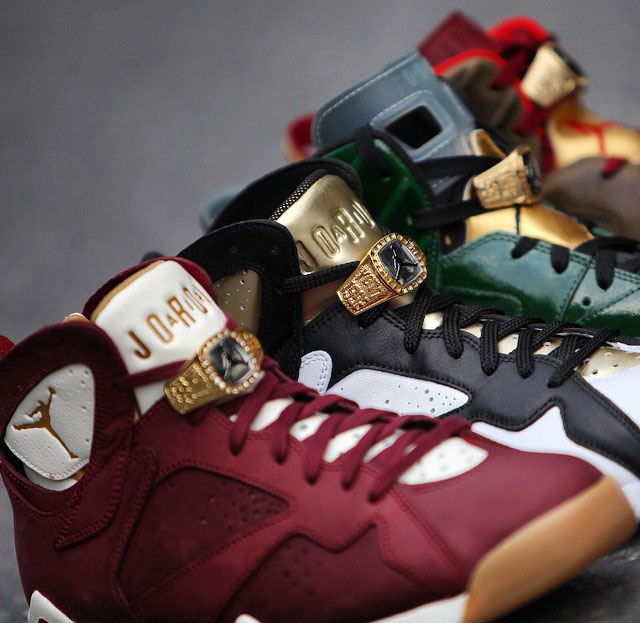 The Air Jordan 6 Champagne and Cigar release was made to celebrate Michael Jordan’s first championship while wearing the AJ6. The Air Jordan 7 will be for his second and his first back to back.

Although each is unique, the four pairs all share the Championship Ring lace jewel. Different colors and materials are used but still represent everyone’s end goal in the NBA, winning the Finals.

Last year was the 23rd anniversary of the Jordan 6, this year is the Jordan 7 and if the pattern continues, next year we will see a Air Jordan 8 C&C pack release

The Air Jordan 7 Cigar and Air Jordan 7 Champagne will release this Saturday, June 20th, 2015 for $250 each. See more comparison images below and leave a comment stating which pack you think is the best. 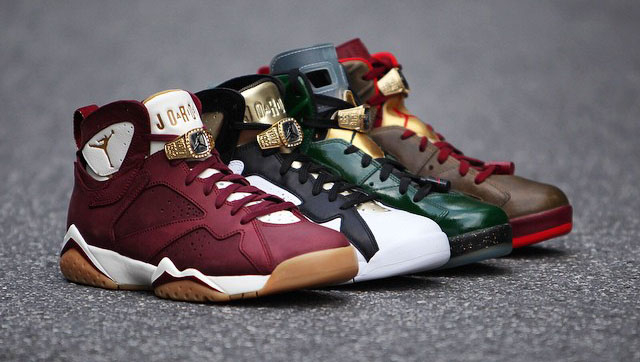 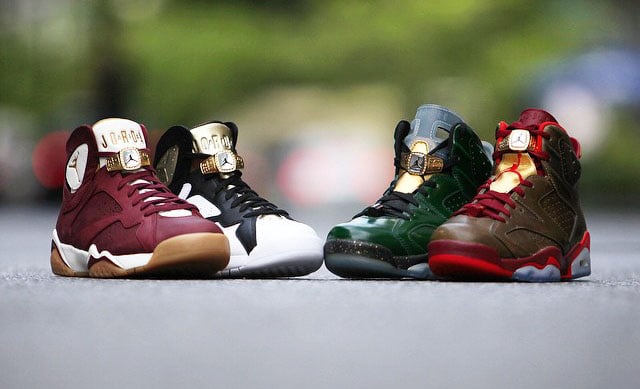 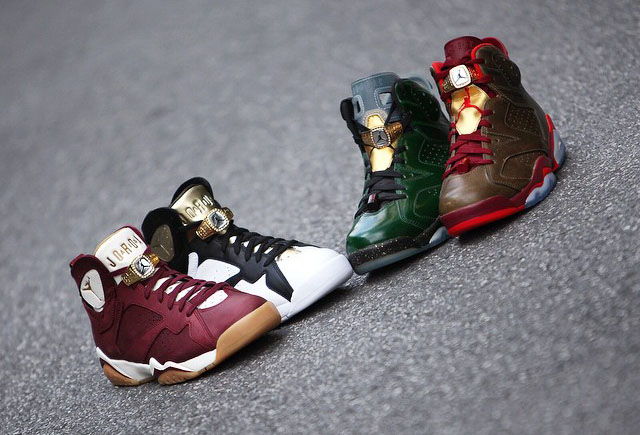