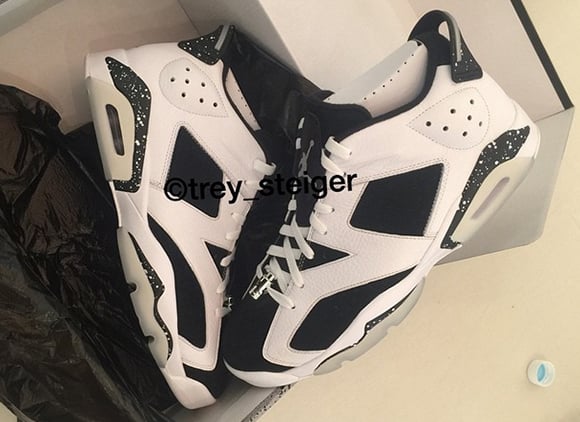 The full on return of the Air Jordan 6 Low is coming sooner rather than later in 2015. We have seen a few pairs that are scheduled to release, but today we officially have our first look at the Oreo Air Jordan 6 Low.

Similar to the 2010 Mid release, the low top comes in a similar form. Featuring a color scheme of white and black, speckled print is used across the midsole and heel tab to give them the Oreo look and feel. Instead of a blue translucent sole, the brand looks to replace it with an off-white.

There isn’t a set release date for the Oreo Air Jordan 6 Low Retro, but stay tuned as we will keep you in the loop.