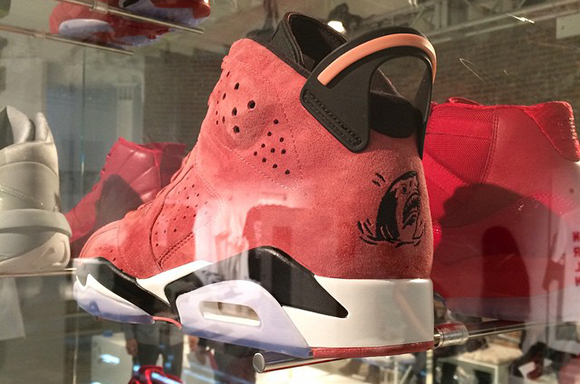 Did Left Shark from Katy Perry’s halftime show get his own pair of Air Jordan 6s? Was his performance so bad that is was good that Jordan Brand signed him? No, that didn’t happen but we believe this pair to be the sample made for performer Macklemore.

The picture which was taken by @russbengtson on Instagram shows what the heel looks like of Macklemore’s Air Jordan 6 which we didn’t know until now had a shark. It was pretty cool seeing a pair of 6s feature red suede, but the addition of the shark instead of the Jumpman logo makes them more desirable.

No these won’t release, but if they ever did you can expect Macklemore’s aka Left Shark Air Jordan 6 to sell out instantly.