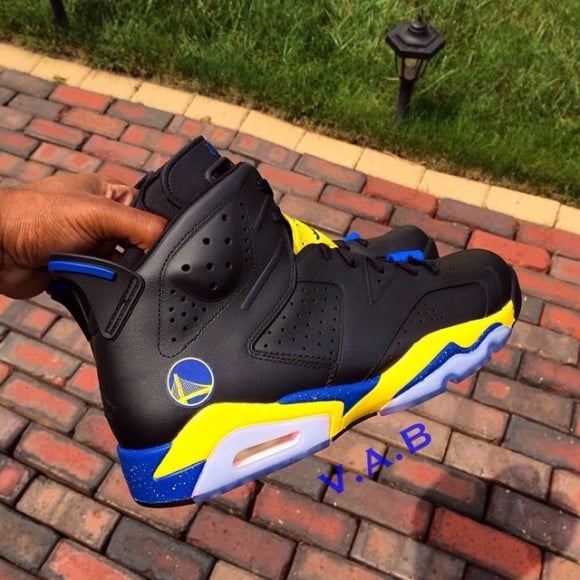 Real fans don’t ditch their team when things start to look bleak, and V.A.B. is one of those die hards whose sticking alongside the Golden State Warriors, with the creation of this new AJ6 customs, attributed to the Oakland-based NBA team.

The Air Jordan 6 ‘Golden State Warriors’ customs by V.A.B. flip the AJ6 ‘White Infrareds’ upside down, with the addition of black, yellow and blue colors. The most noticeable thing about these shoes is the swapping out of white for the black leather uppers. Next, you can see that the midsoles have been completely altered, as well, with yellow dominating things down low, and royal blue assisting. The blue parts feature some slight yellow speckling showered all over. The tongues have also been transformed, now appearing with yellow base and blue branding and speckles. To finish things off, GS Warriors’ logo adorns the heel.

This entire project is great, from the application of black paint all over the entire shoes, to the speckling found on the midsole. V.A.B. knocked out this custom without going overboard with traits tying back to the NBA team, but just enough to confirm what this project is based off of. Take a peek at some more pictures down below! 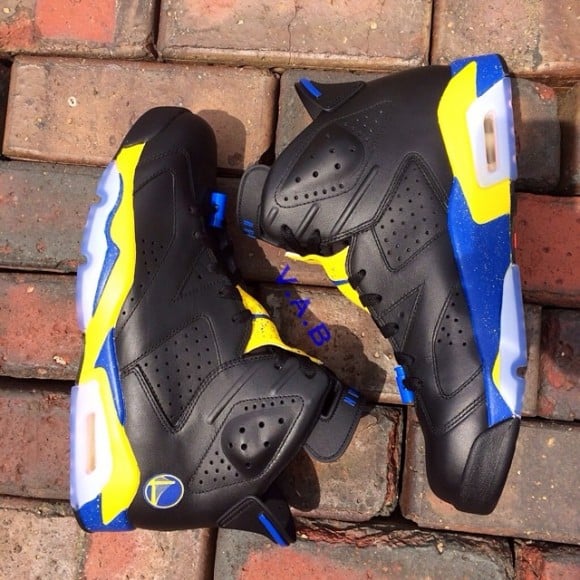 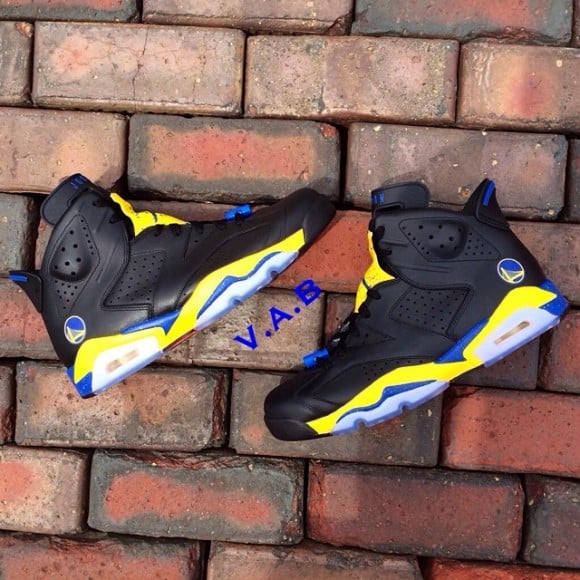 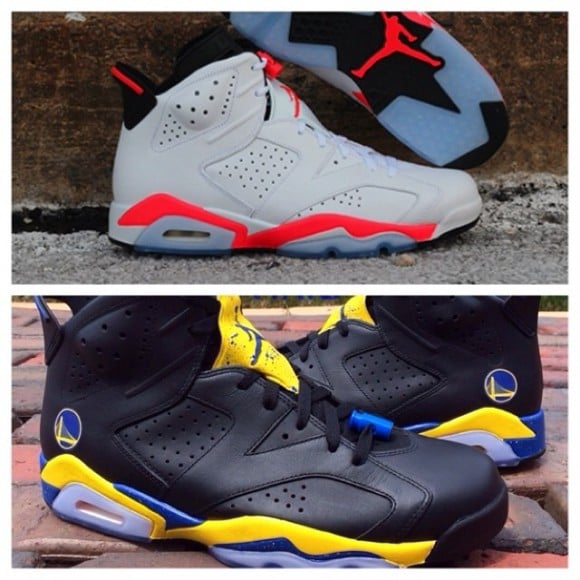