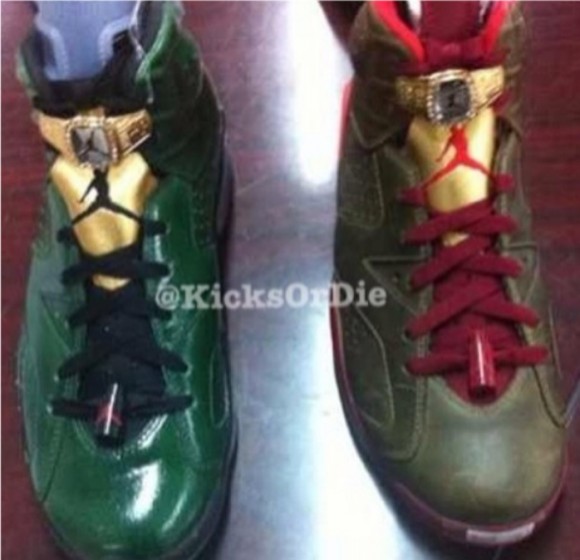 We know we just shared another look at the “Cigar” Air Jordan VI colorway, but it looks like they will be joined by another pair of kicks. Back when MJ won that first ring, a cigar wasn’t the only thing that was a part of the post-game party. In paying tribute to the celebratory bottles of champagne that were popped, the creative minds over at JB created the “Champagne” Air Jordan VI colorway.

Featuring a green upper with black and gold accents, we have your very first look at the new color scheme below. Flaunting the same ring-inspired lace lock as its “Cigar” counterpart, there’s no denying what moment these joints represent. Set to release as a part of the “Champagne & Cigar” Pack there’s no word on when both kicks will be unleashed upon the sneakerhead masses. Check out another look after the jump and let us know if you’ll be popping open your wallets once these sneakers drop.