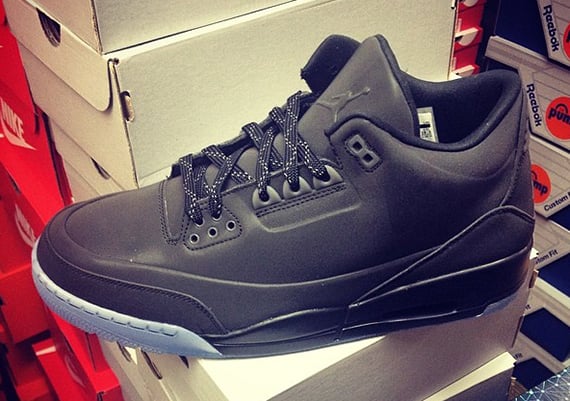 What follows in the footsteps of March’s Air Jordan 5LAB3 in “Reflect Silver“, Jordan Brand will continue its “LAB” series with the release of the Air Jordan 5Lab3 “Black/Black-Clear” later this month.

Considering its colorway appears similar to that of the upcoming Air Jordan V (5) 3LAB5 “Black/Metallic Silver”, this Air Jordan III (3) retro actually displays an official black and clear color combination. Like its predecessor, this quickstrike will also sit atop a translucent outsole and feature 3M reflective uppers. Is something to add to your list of pick ups this year?

If so, mark your calendar as the Air Jordan 5LAB3 “Black/Black-Clear” arrives on May 17th at a retail price of $225. Stick with Sneaker Files for more on this upcoming drop.