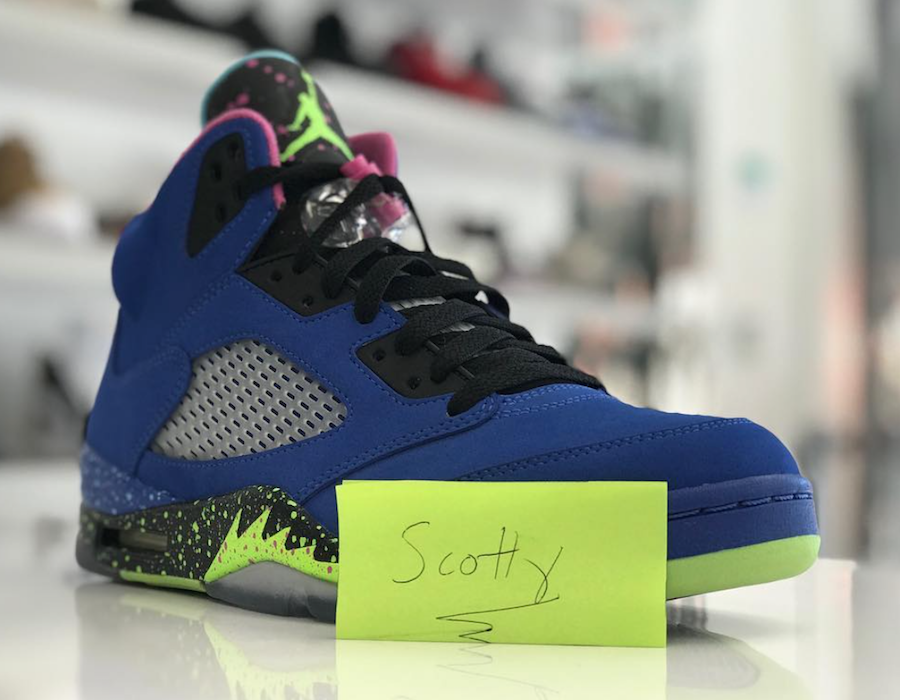 Back in October 2013, Jordan Brand released the Air Jordan 5 Bel-Air which is inspired by the classic 90s TV show the Fresh Prince of Bel-Air. Starring Will Smith who wore the Air Jordan 5 during many episodes as well as during the theme song.

It looks like Jordan Brand had different ideas for this Air Jordan 5 because today we have a look at the ‘Reverse Bel-Air’ Sample. Featuring Blue on the upper which replaces the Cool Grey. Speckled detailing then lands on the tongue and midsole while Pink is applied to the liner. Volt is also used on the shark teeth and hinted on the mostly translucent outsole.

Check out another image of the Air Jordan 5 Reverse Bel-Air Sample. After, make sure to visit the comments section and let us know your thoughts on this sample and if you think that Jordan Brand should eventually release them.