The Air Jordan 5 ‘Gold Tongue’ is another release from Jordan Brand for the 2016 Olympics set to release during August 2016.

Dubbed ‘Gold Tongue’, they are also known as the ‘Olympic Gold Medal‘ and features a White, Black and Metallic Gold Coin color combination. Looking closer at this Air Jordan 5, you will notice the uppers feature predominate White while Black hits the midsole, tope eyelets, liner and branding. Completing the look is Metallic Gold on the tongue and flames on the midsole while capped off with a translucent outsole.

The Gold Tongue Air Jordan 5 for the Olympics will launch at Jordan Brand retailers on August 20th, 2016. Retail price will be $190. More images of this release can be seen by scrolling below and make sure to check back with us for more details and information.

Update: Saturday the Air Jordan 5 Gold Tongue for the Olympic Games will release at retailers like Shiekh Shoes. 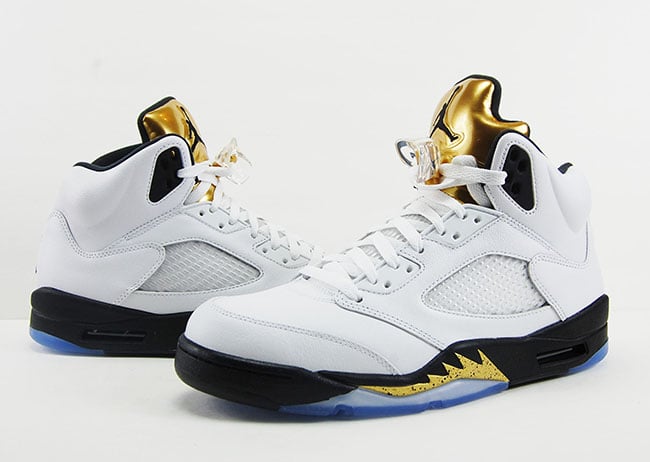 Update: Nike has released the official images for the Air Jordan 5 ‘Gold Tongue’ which will release on August 20th. 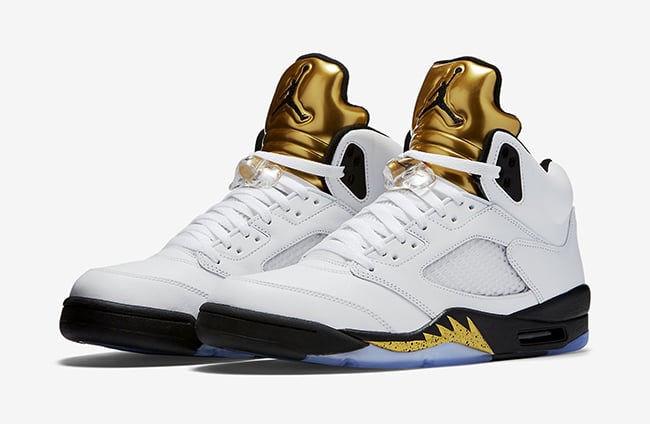 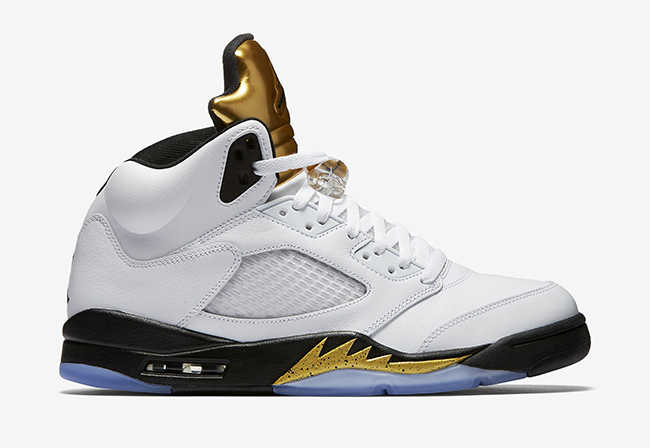 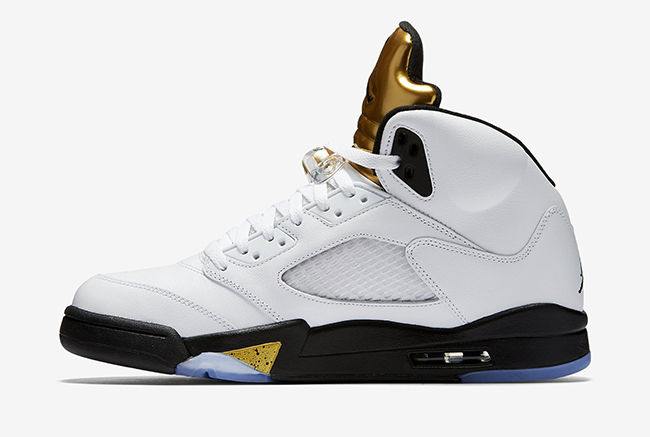 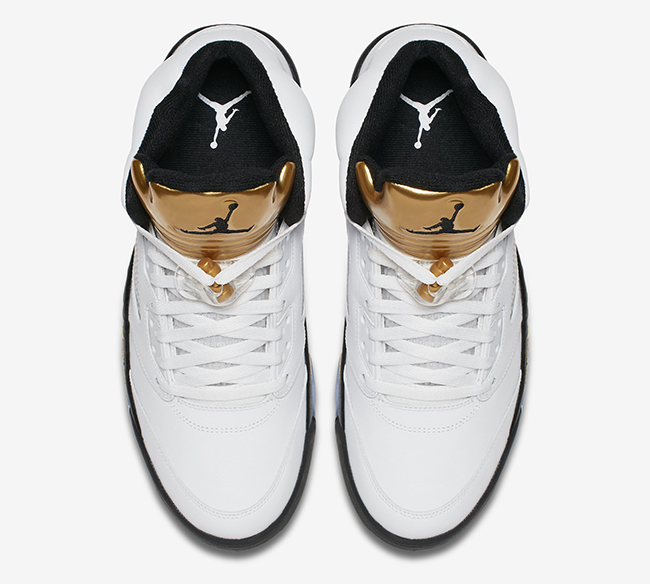 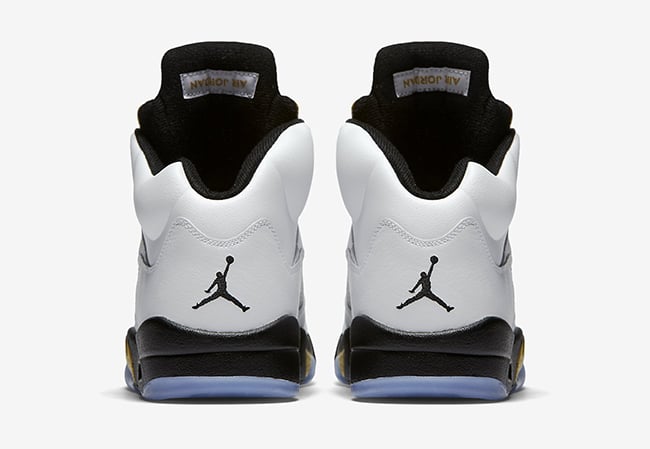 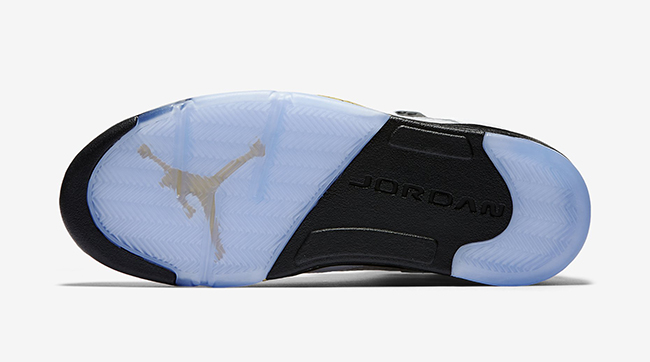 Update: See how the ‘Gold Tongue’ Air Jordan 5 looks on feet below via stylelikekay. 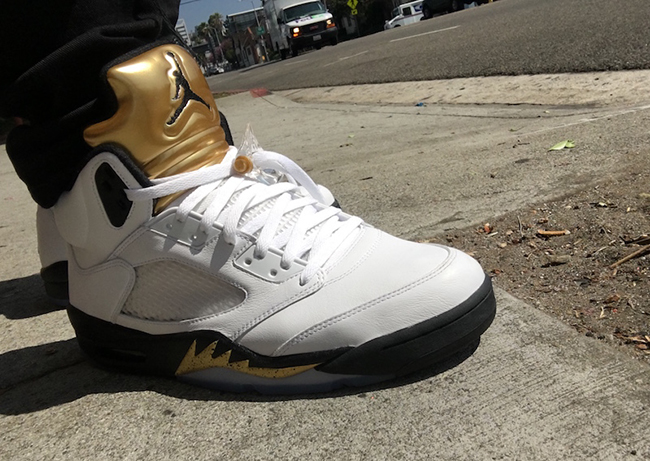 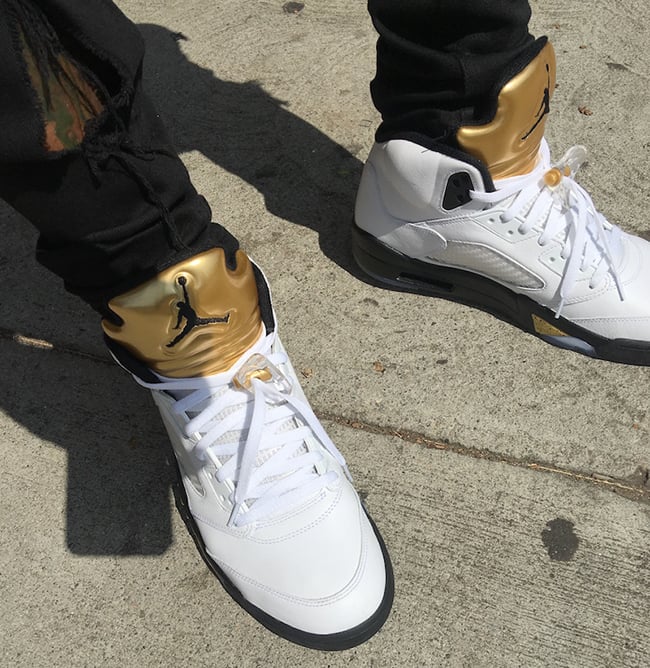 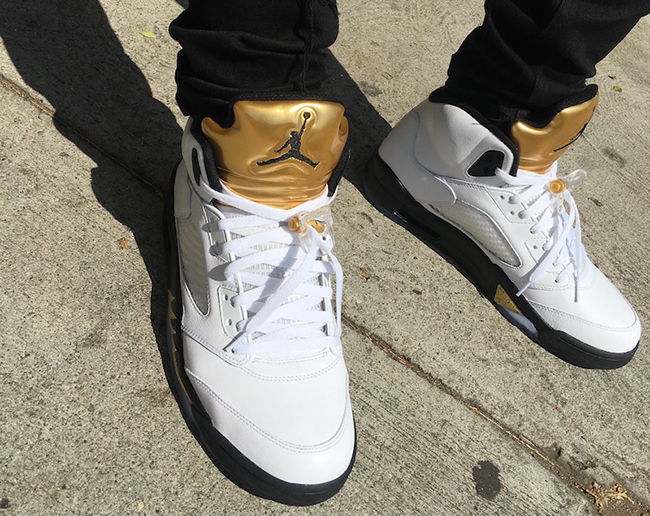 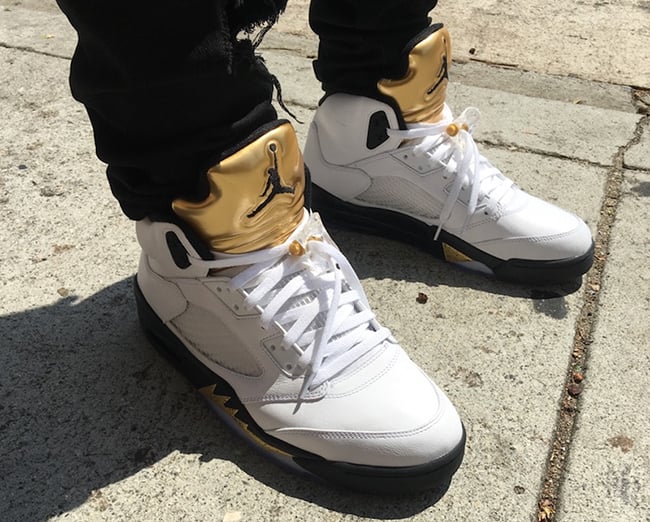 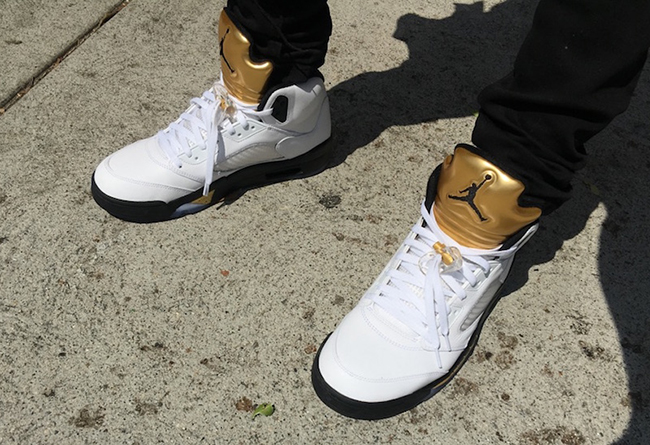 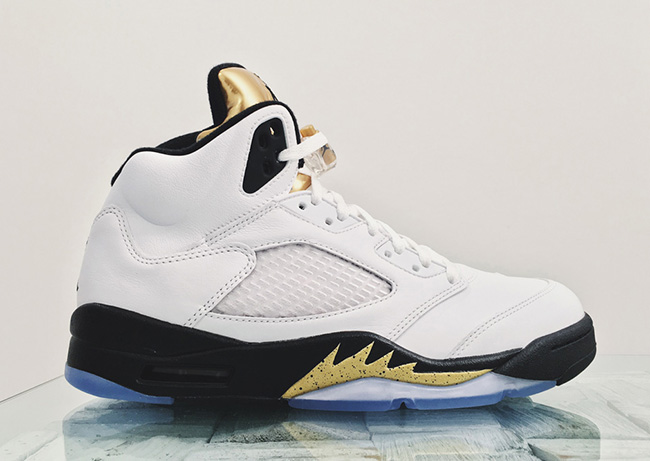 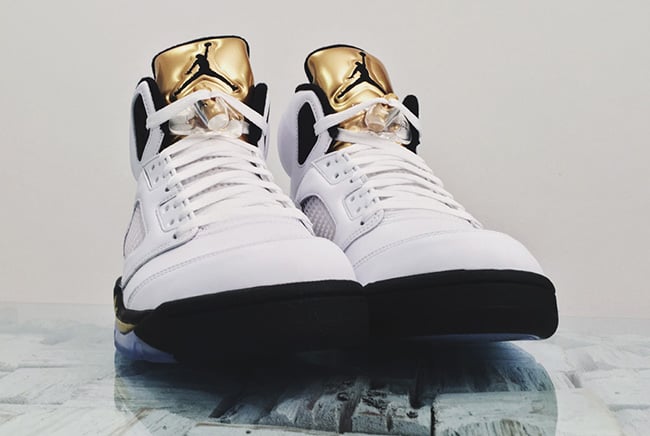 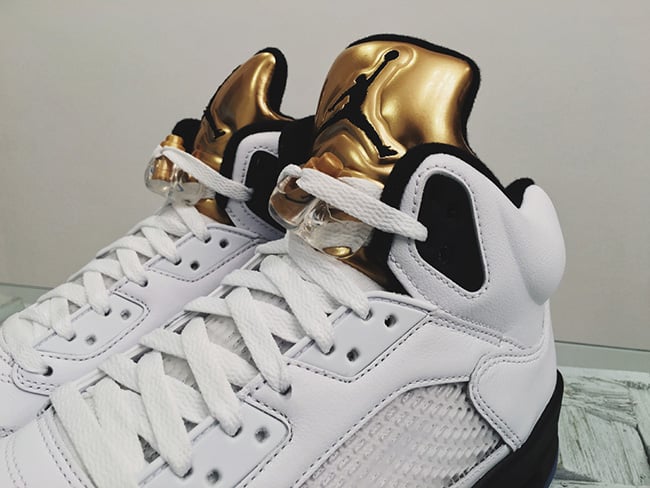 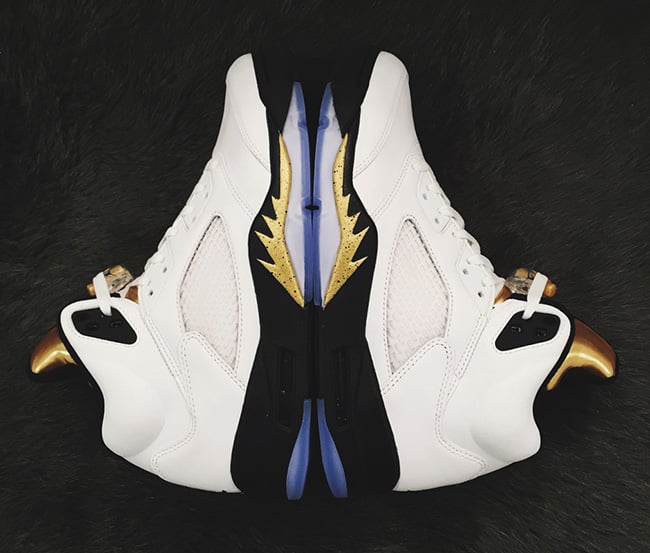