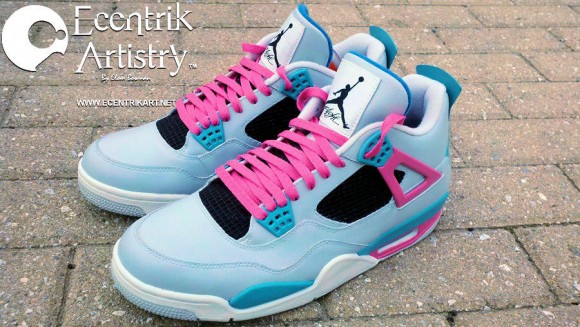 Memorial Day seems to represent the official kick-off to summer, especially with school drawing to an end for most students. Allow us to give you an option for your summer lineup of footwear. Let’s take a trip to the beach with some new heat from Ecentrik Artistry.

The Air Jordan 4 “South Beach” customs by Ecentrik Artistry sees the popular blue and pink colorway, with black panels present on the tongues and midfoot. A soft blue covers the entire upper of the shoe, while a stronger tone of blue adds an accentuating touch on the eyelets, heel panels, and top layer of the midsole. A vivid pink adorns the lace strap that sprouts from the heels, and the lower portion of the midsole. The use of pink is continued with the lacing and the Jumpman logo on the back. To help lighten the design, a white outsole serves as base for this design.

The base model for these customs were the Air Jordan 4 “Military Blue,” but you can’t even tell! The South Beach is one of the best colorways in footwear history, but Ecentrik definitely did an awesome job applying the popular theme to these customs.  If you have a pair of the AJ4 “Military Blue” that are still in pretty good condition, you might wanna consider contacting Ecentrik Artistry to give those babies some more life! 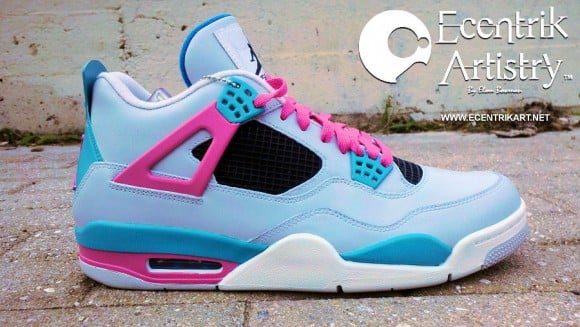 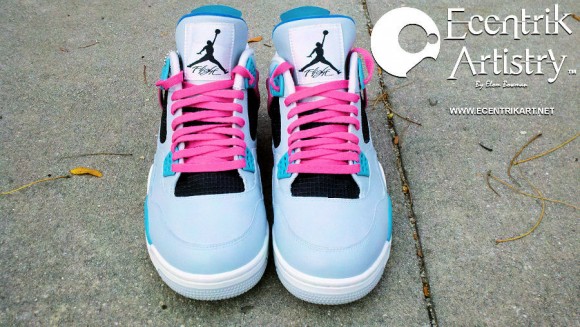 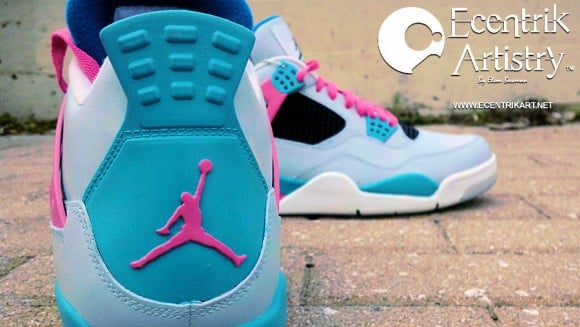