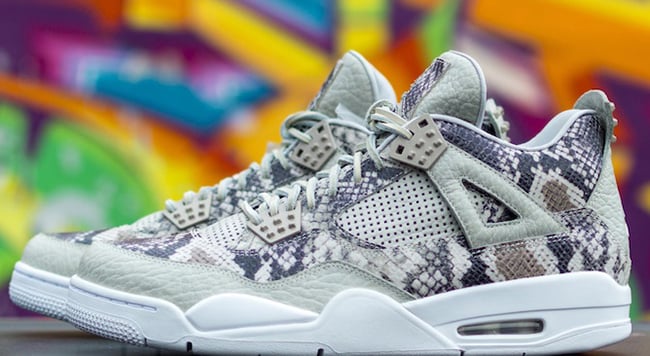 As you can see, this is a very early look with one of the images of the Air Jordan 4 Snakeskin not fully assembled. More than likely the images were taken inside the factory or even somehow making it outside. But it appears that Jordan Brand will have more than one colorway of the Snakeskin Jordan 4 come 2016.

Reports are coming that there will be at least two models using a snakeskin upper. One done in a white and grey color scheme and the second in black. Through the uppers will feature a snake texture while lower half of the tongue will have added perforation.

Details like a release date or retail price for the Snakeskin Air Jordan 4 isn’t know at the time, however rumor has it they will debut sometime in 2016. Check back with us for more information and images.

Update: Over at The Collection Miami, they have obtained a size 13 Air Jordan 4 Pinnacle ‘Snakeskin’ sample. This gives us our best look to date. Since this is a sample things could change, or it’s possible they could be completely scrapped. If you want to be ahead of everyone on this release, they are now selling this pair. 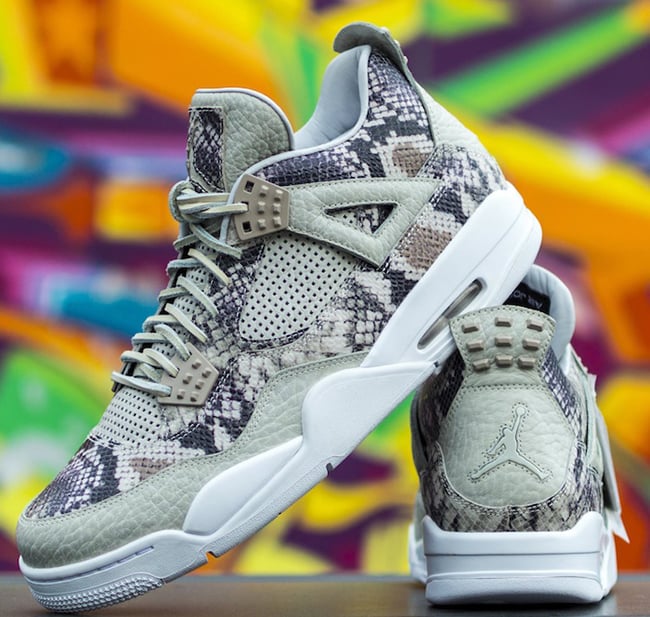 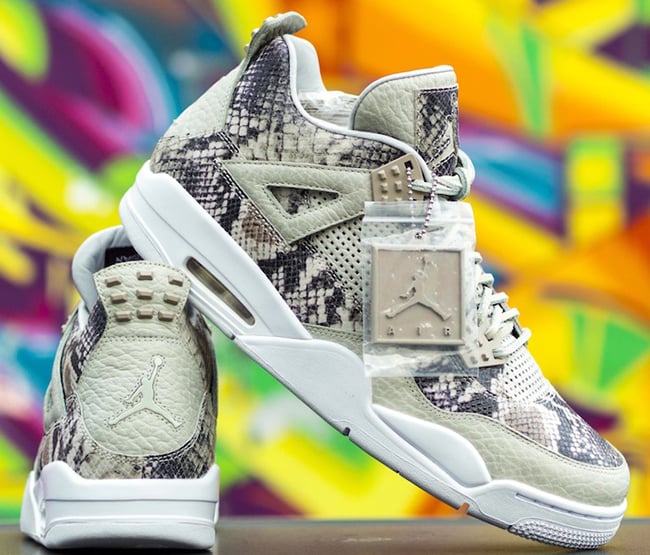 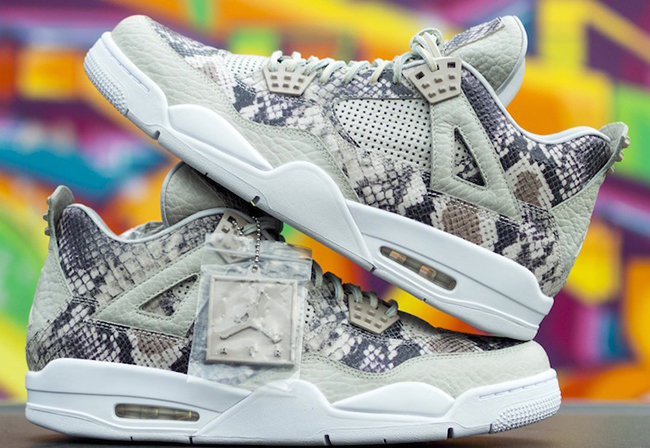 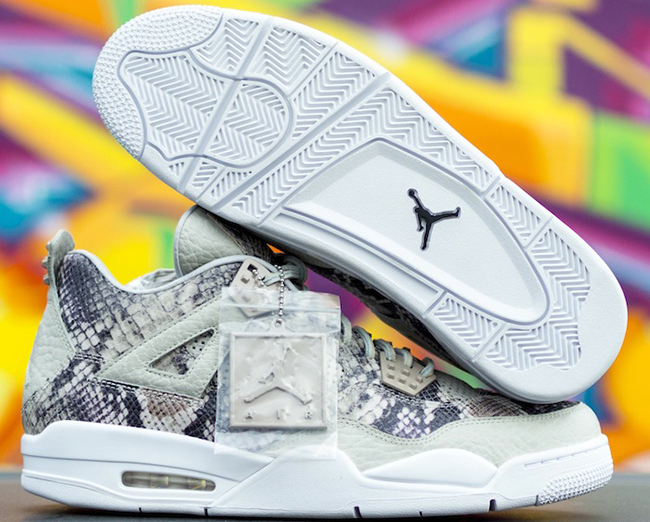 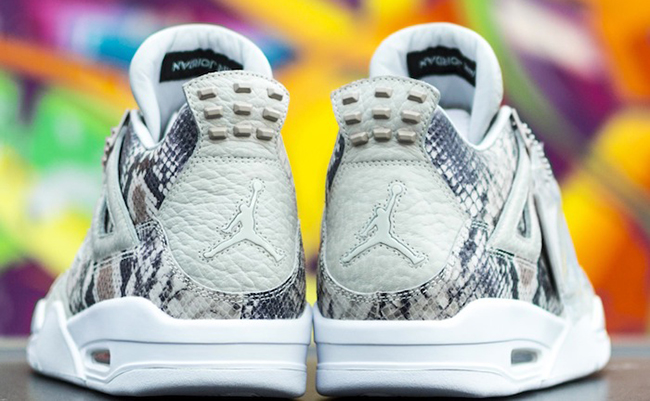 Update: We have learned today that the Air Jordan 4 ‘Snake’ will release in 2016 and is known as the Pinnacle edition of the 4s. You can expect a significant price increase. The new image provided is a photoshop but it shows us what’s to come. Below are early samples that leaked a few days ago. 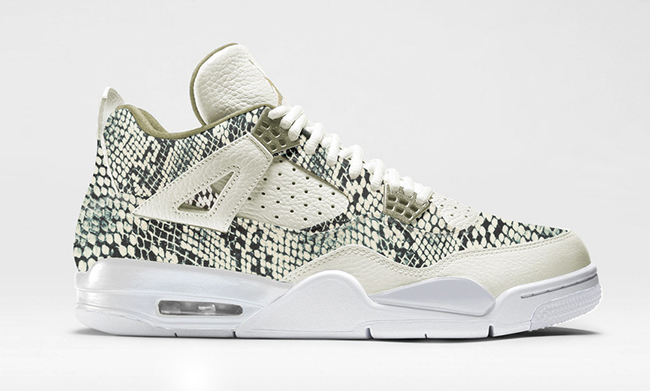 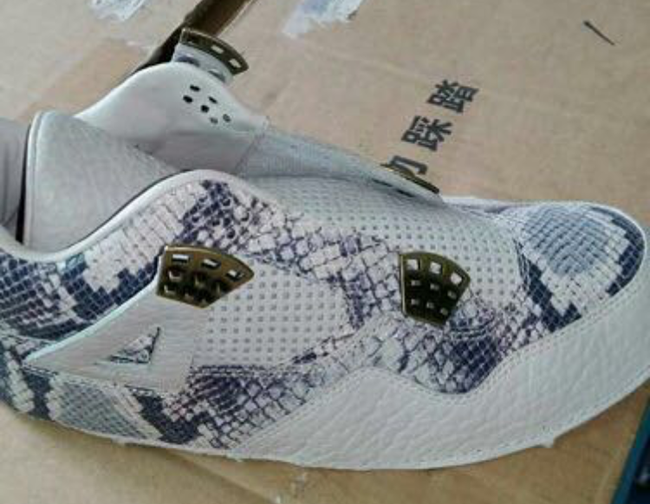 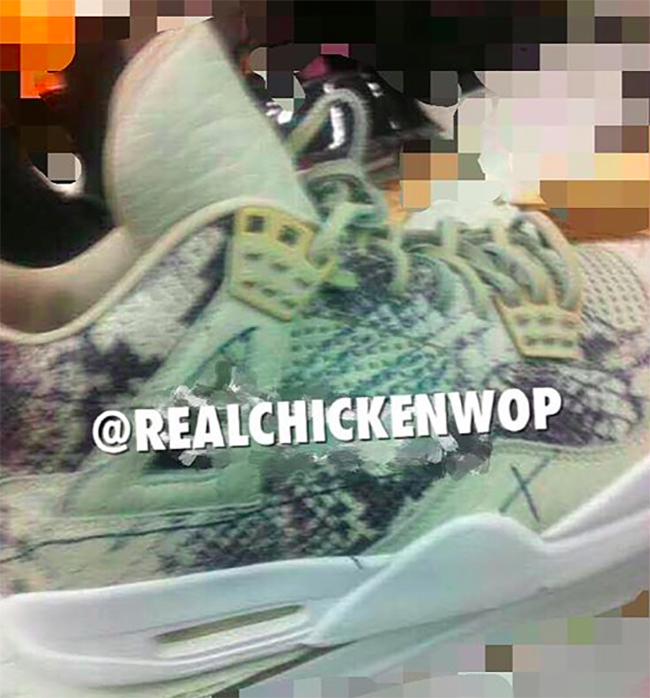 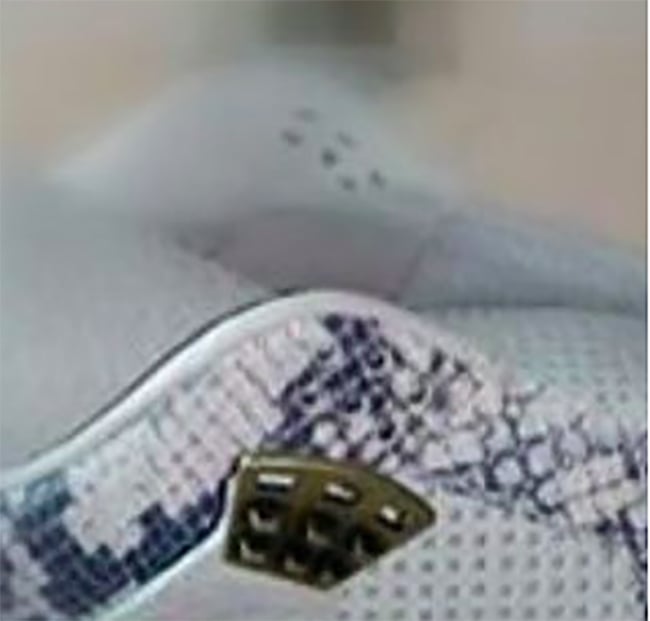 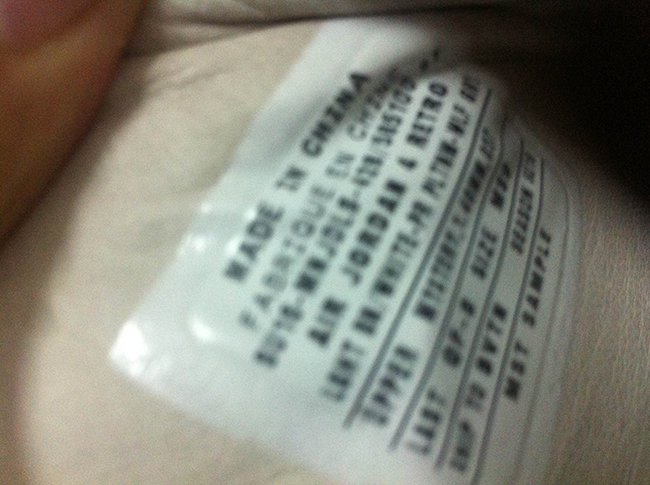