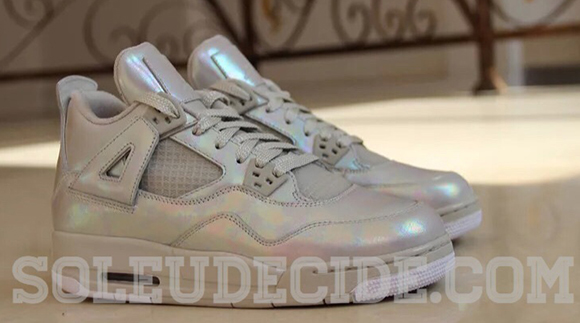 Like we don’t have enough releases around All Star weekend which will also join with Valentines Day, another pair scheduled for the weekend is the Air Jordan 4 GS known as Pearl. We now have another and somewhat better look at the sneakers.

The Jordan 4 GS Pearl features a light bone upper as well as landing on the midsole. Only on the uppers and part of the tongue, the brand added a iridescent look. The only place that the color cannon is placed is on the sole, which is like a faded green.

Releasing February 14th 2015, what do you think of the Pearl Air Jordan 4 GS? 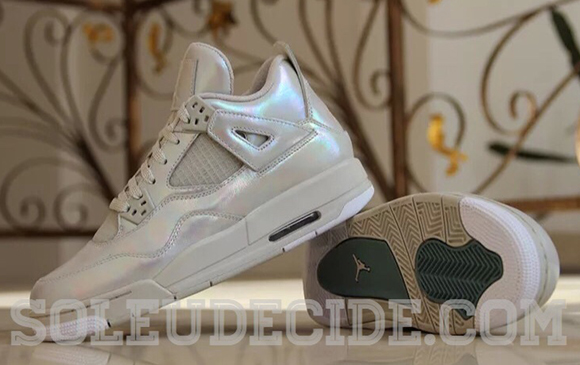