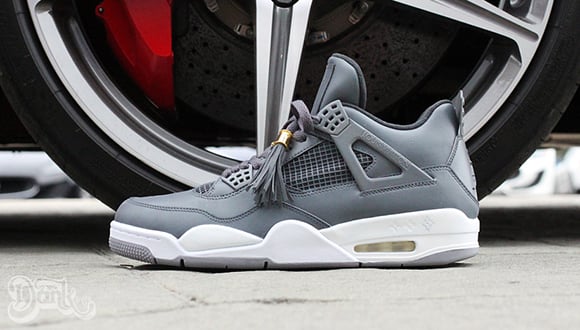 We all know about Kanye West and his new shoes with adidas, and if you’re a bonafide sneakerhead, you will also know that Mr. West had his own signature shoe with Nike and Louis Vuitton. Customizer Dank has taken the Air Jordan 4 and customized them to look like the anthracite Louis Vuitton Don’s.

The custom Air Jordan 4 features anthracite uppers while white lands on the midsole. To bring make them resemble the LV Don’s, a tassel has been added. Finishing touches include “Louis Vuitton” inscribed down the plastic wings as well as the LV logos on the midsole.

This isn’t the first time Dank has reworked a pair of Air Jordan’s to look like the Louis Vuitton Don’s, but one thing is for sure, he does incredible work. Check out a couple more images below and let us know what you think. 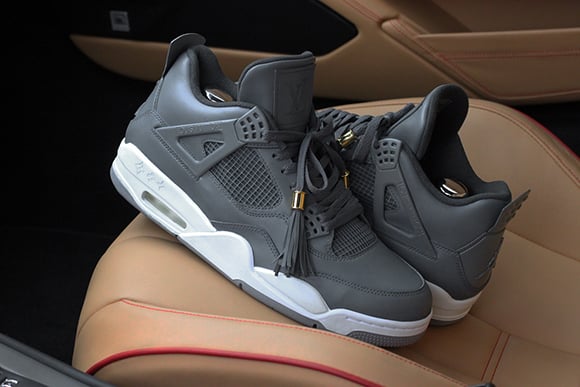 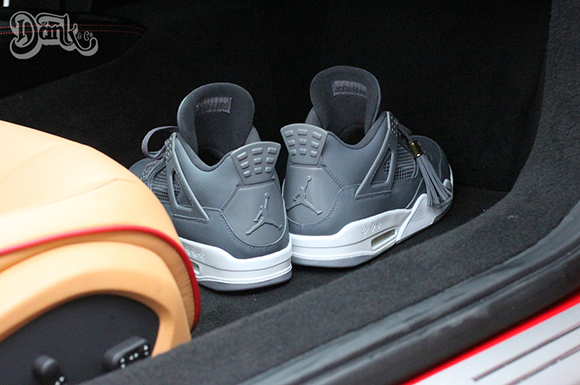